Faraway, So Close! Is the World Urban Forum Bridging Differences and Building Collaborations? 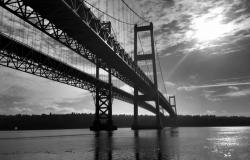 The World Urban Forum 9 takes place this week bringing together policy-makers, practitioners, private groups and the civil society to discuss the implementation of the New Urban Agenda. The event is being covered by eight students working as policy analysts as part of the Global Leadership Initiative at the University of Sheffield. To see the other posts, please click here.

At times the Women’s Assembly at World Urban Forum 9 (WUF9) felt a fiery sermon to a hall of impassioned followers. People whooped and hollered when Canadian Ambassador Julia Bentley demanded that more women must breach the ramparts and climb the lofty heights of government bureaucracies. To thunderous applause, Kenya’s GROOTS delegate Violet Shivuste decried the ignorance of the other sex of what it means to seek gender equality. Elated cries of agreement drowned out gender activist Ana Falú’s call for a women’s strike to challenge the lack of progress on gender equality commitments. In those moments, Ballroom 2 betrayed its beige carpeting and faux wood-panelling to resemble something closer to the Women’s Marches of New York and LA.

The spell breaks, however, when one look around and realise that the number of men in the room could be counted on two hands; the number of white men might have needed only one. This sermon, it became obvious, was preaching to the converted. You would be hard pressed to find anybody in the room who left more enlightened about women’s issues than when they entered. Cities are harder places for women than men; the glass ceiling is as difficult as ever to smash; lessons must be learned from past mistakes in policy. For a few brief moments, the energy of the room was poured into hashtags and handshakes, before dissipating as people shuffled on to grab lunch from the buffets.

Who, then, is listening this week in Kuala Lumpur? Two rooms down, the Business Assembly hails the power of the private sector to reform urbanisation; a room full of business leaders nods in contented agreement. The next day, the heads of grassroots organisations hail community activism as the future of urbanism; the grassroots activists filling the hall bask in approval of their causes. Smart cities, say industry leaders, will change city life as we know it; their fellow industry spokespeople glow with recognition of the importance of their work. People are indeed listening at WUF9. Of the many songs being sung at the convention centre, it appears that participants are choosing to listen to comforting, familiar tunes.

WUF9 was billed as a way of bringing together urban experts from across the world to work on the nitty-gritty of implementing the  New Urban Agenda, the vision for urban sustainable development coordinated by UN-Habitat. In a single day, there are sessions organised by NGO’s, governments, businesses, community leaders, and an alphabet soup of UN departments and programmes. According to UN-Habitat, stakeholders must find a way to put their conflicting ideas and interests to sharp focus: community and business; government and grassroots; activist and practitioner. Is this, despite event organisers wearily trotting the words ‘holistic’, ‘inclusive’, and ‘diverse’ to describe their discussions, actually happening?

Clare Short of Cities Alliance has been one of the few vocally critical attendees. In her words, too often these conferences serve as an exercise in “back-patting”, one where “we all go home feeling good about ourselves, but nothing much gets done”. She organised a session calling for an end to slum eviction to an energised room of sympathisers and activists.  Practical proposals such as the mapping of slums were discussed, but with a devoted crowd of the converted. Where was the World Bank when stories were shared of people’s first-hand experiences of the destruction of their homes and communities? Where were the ministers, the developers, the heads of industry? No doubt they would have blushed; many of the ideas on offer threw barbed challenges at their departments and actions.

Looking out the glass façade of the convention centre on to KLCC park, passers-by seem unfazed by the colourful banners and pomp and ceremony of the conference. If the cliques of interests inside its walls are having a hard time bridging differences, it must be asked whether the people they are hoping to help will ever listen or indeed care what the New Urban Agenda has to offer. Late in the day, a keynote speaker stressed the need to not only translate the Agenda from the top of global policy circles down to street level, but to engage with communities and translate their needs upwards. In this regard, I wonder whether WUF9 makes any contribution to such important efforts.

Francis Clay (@fclayUoS) is a student from the MA Cities and Global Development programme at University of Sheffield.