We Must Not Fail Humanity’s Greatest Test 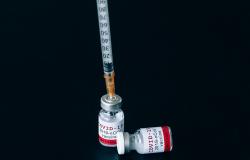 OECD Secretary-General Angel Gurría argues that the weak international cooperation and coordination that has plagued the global economy threaten millions of lives and put the pandemic economic recovery at risk.

The lack of international cooperation risks failing the most crucial test: that of vaccinating widely enough to eradicate COVID-19 everywhere. This failure could lead to an unmitigated economic and social disaster. Vaccination is so far confined to a limited number of countries. At the time of writing, ten countries represent around 90% of total vaccination doses administered. Worse, while some of these countries have ordered enough doses to vaccinate their entire population 3 to 5 times over, many countries in the world remain entirely deprived of vaccines at this time.

Beyond the obvious and compelling humanitarian reasons, the world economy badly needs a further effort to eradicate the virus. In December 2020, the OECD Economic Outlook projected the global economy would recover from the worst crisis in a century, provided vaccines were deployed swiftly and globally throughout 2021. Even under these favorable assumptions, global GDP would still be USD 6 trillion less at the end of 2022 than it would have been in the absence of the pandemic. Social costs would still be very high, with many millions of additional unemployed people. Children would have lost months of education, potentially jeopardising their future opportunities. Tens of millions will have fallen into extreme poverty.

However, if vaccines are not deployed fast and globally, the health situation would be dire, and the economic and social outcomes would be even worse. In such an adverse scenario, the projected global income would be a further USD 4 trillion lower than in the “favourable” scenario, for a total loss of USD 10 trillion.This would affect all economies in 2021, but with Europe and North America hit more heavily than the Asia-Pacific region.

The costs of deploying vaccines broadly and swiftly are dwarfed by the fiscal costs to support economies while the virus is circulating and restrictions to mobility remain tight. Globally, fiscal support to the economy amounted to a staggering USD 12 trillion in 2020. By contrast, according to the WHO estimates, to vaccinate the entire world population 15 years and over would cost less than USD 100 billion. This is only a small fraction of the anti-COVID-19 fiscal support of the G7 countries.

One can only be perplexed to see that many advanced economies are not using their aid to accelerate developing economies’ vaccination programmes. The OECD has been emphasising the need for maintaining financial support to people, firms and developing countries not only in 2021, but until the crisis is behind us. While countries that can afford it have put in place unprecedented protection for people and firms, many emerging and low-income countries cannot provide such extensive support. Living conditions and wellbeing have worsened and will continue to worsen in the absence of swift vaccination to eradicate the virus. It is thus more urgent than ever to act decisively on the vaccine front.

The weak international cooperation and coordination that have plagued the global economy threaten millions of lives and put the economic recovery at risk. As long as the virus is not suppressed globally and is left to “boil away” somewhere, the risk of more threatening virus mutations is higher and today’s restrictions to mobility may have to remain in place.

We’re risking a policy failure of massive proportions. No country is leaving this COVID-19 disaster behind unless we act together and invest in rolling vaccines out faster and more globally than we are doing now.