Japan can be More Proactive in Creating a Global Consensus on Data Governance: An Interview with GGF 2027 Fellow Shoko Yoshihara 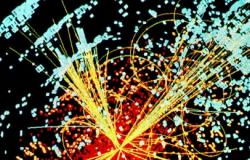 Having discussed data governance at length with the fellows of the Global Governance Futures 2027 round, what do you think is particular about the debate in Japan compared to other countries?

One salient aspect is that people in Japan are less informed of the risks and uncertainties that an exponential increase in the global data flow may bring to their lives. While people are quite sensitive about data breaches by governmental institutions and domestic companies, many of them are not fully aware of the potential risks of surveillance by authorities and data exploitation by private companies across borders. Although many recognize the problems of data breaches, international hacking, and “fake news,” I feel that they are less aware of issues regarding online privacy and data security compared to people in the EU, a case in point being the interest – or lack thereof – in the Snowden revelations.

Such a knowledge gap between Japan and other countries could affect the direction of global discourse on data governance. In Japan, 60 percent of elementary school students and 82 percent of junior high school students have their own smartphones.[2] Kids aged 10 to 17 years spend on average 2.22 hours online per day.[3] Given such high accessibility to the internet, people need to have a better understanding not only of the opportunities, but also the challenges that technological development can bring to their lives.

What do you see as the key challenges facing the Japanese government today in terms of data protection?

One challenge is aligning domestic regulations with international standards. In the realm of privacy protection associated with international data flows, the Japanese government regards EU regulations as the de facto standard and has been trying to align domestic rules with them for years. Regulatory differences require extra procedures and costs for the European offices of Japanese companies. Such legal alignment is a priority issue for the Japanese government in accelerating the flow and use of data across borders.

Another pressing issue for the government is standardizing the numerous domestic ordinances for personal information – of which there are as many as the approximately 2,000 local government bodies in Japan: 47 prefectures, 1,718 municipalities, the 23 wards of Tokyo, and over 100 regional partnerships. They have been setting their own rules to protect citizens’ personal information amid the decentralization trend of the past several decades. As a result, there are many different definitions of “personal information” and discrepancies in the terms and conditions of data use, thus becoming a major obstacle to smooth data-sharing and networking across regions. This is especially true in healthcare and in the wake of natural disasters, where there may be a need to share personal data beyond administrative districts. In the discussion on data governance at GGF 2027, one of the many critical factors we talked about was striking a balance between enforcing international norms and respecting national sovereignty. The situation in Japan is a kind of microcosm of this issue, as the desirability of local sovereignty must be balanced with the need for standardized rules.

With information technologies developing so rapidly, what strategies do you think policymakers can adopt to cope with changing regulatory needs regarding data protection and cybersecurity?

The issue of data privacy and security covers everything from online fraud targeting individuals to cyber-attacks against major companies and even transnational terrorism. Policymakers today face the challenge of coping with these complex issues while seeking to maximize the benefits of the digital age. I think the traditional segmentation of policy areas will become less meaningful as the sharing of basic principles across the board gains in importance. Policymakers, consequently, will need to acquire both technological knowledge and an ethical understanding of data use beyond fragmented policy agendas. In Japan, which will soon confront unprecedented demographic challenges due to the aging and dwindling of the population, there are high expectations that robots and other forms of artificial intelligence will make up for the shortage of workers in such areas as health and elderly care.[4] Regulations and ethical considerations concerning the use of technology in elderly care will soon become critical issues for the country. Policymakers should look out for signs of change and spearhead an effort to draft new rules, working closely with industry, civil society, and academia, and taking international trends into consideration.

In your opinion, do current data-related regulations hinder innovation in Japan?

Data-related regulations in Japan are still in the process of development. The amended Personal Information Protection Act will come into full force in May 2017 as part of an attempt to bring Japan’s privacy principles closer to international standards. While the number of robots in the world today is said to approach 1 million, with almost half being in Japan,[5] the development of the legal system here seems to be lagging behind the speed of technological progress. As a country possessing high technology, Japan should be more proactive in the rule-making domain and take the initiative to create a global consensus on new technology. One ongoing example of such an initiative is being spearheaded by the Ministry of Internal Affairs and Communications. During the April 2016 G7 ICT Ministers’ Meeting in Japan, for instance, a “Proposal of Discussion toward Formulation of AI R&D Guideline” was submitted and supported by the participating ministers.[6] Since then, Japan, working with Germany and the United States, has been taking the initiative in establishing international standards for the Internet of Things with the collaboration of the public and private sectors and academia. I believe that such initiatives will help raise people’s awareness of the issue and foster the alignment of domestic legislation with global standards.

Shoko Yoshihara is a research fellow at the Tokyo Foundation and a Global Governance Futures 2027 fellow. The views expressed here are her own.

[3] Survey conducted in 2015 by the Cabinet Office, Government of Japan (in Japanese),

Japanese government projections see the share of the elderly in Japan rising even further—to as high as 40% by 2060—and the general population shrinking by one-third. In addition, the working-age population (people between the ages of 15 and 64) is estimated to plunge to 44 million by 2060 from 79 million in 2013. (National Institute of Population and Social Security Research in Japan, Population Projections for Japan (January 2012): 2011 to 2060, http://www.ipss.go.jp/site-ad/index_english/esuikei/ppfj2012.pdf)