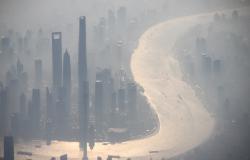 Jon (Yuan) Jiang explores the BRI's ideological aims and why they may inadvertently threaten others.

For a raft of typically conspiratorially inclined commentators, the Belt and Road Initiative (BRI) was created with more than just strengthen China’s domestic situation in mind. Instead, as the theory would have it, the purpose of the Initiative was to extend China’s influence whilst at the same time diminishing America’s global reach. As with a great many conspiracies, the position is not without some element of truth.

Although China now claims that the BRI is open to the world, it initially excluded North America and was unashamedly aimed at fostering greater EU-China economic integration. Measures such as the rapid internationalization of Chinese currency, significant improvements to the division of labor and distribution of industrial chains, and substantial scientific innovation cannot avoid challenging US financial, industrial and technological hegemony.

However, rather than a deliberate ploy, China’s growing international influence might instead just be a byproduct of the BRI. The motivational locus for the BRI remains entirely focused on domestic economic development and regional stability. Outside the rather limiting and dry narrative of economics and security, I would like to argue that the BRI may instead be utilized as a tool to tackle prominent and prolonged ideological questions emerging within China. We have increasingly witnessed, since the collapse of the USSR and the handling of the ‘Tiananmen Incident’, nationalism being used by the Party as an instrument to unite Chinese citizens. As Andrew Mertha argues, “the genuine narrative that has emerged under the Xi era… that of China reclaiming its proper place in the global pecking order… is also not an ideology but a blunt, albeit historically grounded, nationalist imperative”.

Nationalism might well be an effective strategy to strengthen racial and cultural solidarity, but how does this justify the “China model”, or at the very least validate an alternative model against that of ‘Western liberal democracies’ to a domestic audience? In turn, this question leads us to ask how China may enhance its international influence by means other than capital? This is particularly significant if Chinese Nationalism is viewed through a strategic lens that is defined as domestic-oriented, self-centered and non-transferable.

The BRI might just serve as the answer that offers China an alternative model of economic growth to that of the well-trodden Western development path. Due to the infrastructure development framework and state-owned enterprises (SOE) as the principal participating organizations, the BRI leans towards a model of governments exercising control over strategic sectors and an infrastructure-prioritized economic growth path. This points to a grandiose reaffirmation of the Chinese commitment to infrastructure-oriented state capitalism. Furthermore, advocates of this model argue that economic success can be achieved by good old fashioned governance measures “rather than by the political architecture of Western liberal democracies and free market capitalism”.

This may also suggest, as Branko Milanovic has posited, the easily neglected conclusion that for China, “being active internationally is a matter of domestic political survival and arises because of potential domestic weakness”. After all, for any and all political entities, continuing existence is always and naturally the priority.

Historically, China was not a passionate advocate or vocal exponent of its own institutions and systems, whilst the West was, and is, an enthusiastic cheerleader in relation to exporting its liberal democracy around the globe. The prevailing Chinese logic here is that if this situation was to continue it would be likely that, as a result of greater economic globalization, the wider Chinese population would be exposed to Western institutions. The threat to China from this is that Western values might become increasingly popular domestically. This is of great strategic concern to Beijing.

However, if the BRI is able to define and advertise the advantages of the Chinese model, potentially leading to it being adopted by other third-party countries, Beijing can use this as a narrative to counter foreign influence. This would position China as globally assertive, and more importantly, justify Beijing’s continued legitimacy to its domestic audience.

In fact, in order to collaborate with China, BRI participating countries may choose to imitate the state capitalism and development path China offers to the world. For instance, in recent years, a number of African leaders have been following strategies that mirror China’s development trajectory. Nevertheless, whilst the US system is still the most preferred national development model amongst African nations, the China model is making ground and is now in second place.

In practical terms, Beijing’s strategy has left adequate leeway for it to respond to global challenges and changes in a flexible and adaptive fashion. Whilst China’s rhetoric may not necessarily refer specifically to state capitalism, it nevertheless still seeks to develop and implement an alternative model to that of the West’s. This reinforces the idea that Beijing’s main motivation for the BRI is not to compete with the West, but instead to argue the legitimacy of its rule to the Chinese population.

Zhang Yesui, the chairman of the foreign affairs committee of the National People’s Congress in China, argues that there is no one-size-fits-all development model in the world and all countries need to independently explore their own development path according to their national conditions. Zhang elaborates that China will persist in its own way, neither importing foreign models nor exporting China’s model, and will not require other countries to copy China’s practices. However, if some countries would like to learn China’s model, China is willing to share with them, but China’s model will never be imposed on others.

Even so, the West has been reactive. The America-launched “Blue Dot Network” and EU-Japanese Partnership on Infrastructure were both born to compete with the BRI. Focusing their efforts on similar geographic turf, their multi-stakeholder arrangements compare with Chinese SOEs domination within the BRI. The high-quality, trusted standards, sustainable and principles-based development approach of the West contrasts with the potential economic leverage and debt trap in the BRI.

The danger in this competition is that it is interpreted as a risk to China’s new ideological invention. As Jessica Chen Weiss argues, “China and its efforts to make the world safer for Beijing”, by-in-large understood as a domestic and defensive response, may inadvertently threaten others. This would be a potential tragedy for this Century.

Jon (Yuan) Jiang is a Chinese PhD student in the Digital Media Research Centre at the Queensland University of Technology, focusing on the Belt and Road Initiative. He completed his master’s degree of political science at Moscow State Institute of International Relations, and bachelor’s degree of law at Shanghai University. As a Russian speaker, he worked with ZTE Corporation and as a special correspondent with Asia Weekly and Pengpai News, all in Moscow. His writing has also appeared in The Diplomat, The National Interest, South China Morning Post, Jamestown Foundation, CGTN, Global Times, Modern Diplomacy, U.S.-China Perception Monitor, People’s Daily and Caixin, as well as with the Russian International Affairs Council and Australian Institute of International Affairs. He was invited to comment on Financial Times, Russia Today and other programs. He tweets at @jiangyuan528.