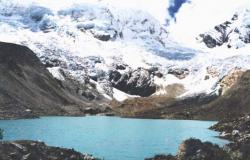 Petra Minnerop writes on the unprecedented move of a German Court to visit a glacial lake in the Andes to investigate the extraterritorial effects of greenhouse gas emissions that are claimed to be caused by a German company. Climate litigation and creative legal strategies have become an indispensable part of climate governance - increasing the pressure on private actors and governments.

In an unprecedented move, a German Court visited a glacial lake in the Andes to investigate the extraterritorial effects of emissions caused by a German company – a rare excursion that had to be postponed during the pandemic caused by COVID-19.

The case of Lliuya v. RWE is undoubtedly already a landmark case, even while still pending in second instance in a German Civil Court (Higher Court of Appeal in Hamm). The impending decision of the Court is met with much anticipation by lawyers and climate scientists, as well as policy makers and high-emitting companies.

Its legal and scientific implications can hardly by overestimated. The case started in November 2015, when Saúl Luciano Lliuya, a Peruvian farmer who lives in Huaraz, Peru, filed a claim against RWE, Germany’s largest electricity producer. This claim is based on the historic contributions of RWE to the global amount of greenhouse gas emissions.

A report on the role of so-called ‘Carbon Majors’, published in 2013, demonstrates that since 1854, RWE has contributed around 0.47 % to the global total of all industrial greenhouse gas emissions until 2010.

As a result of anthropogenic climate change, the mountain glacier above the glacial lake Palcacocha in the Andes is melting. According to the claimant, the water levels in the lake are rising, leading to an increasing flood risk for the home of the claimant in the city of Huaraz which is situated below the glacial lake.

In first instance, the District Court Essen found that it was impossible to identify a causal chain amid the myriad of contributors to climate change and dismissed the claim on all grounds. The Court held that no “linear causal chain” could be discerned given the complex components of the causal relationship between specific greenhouse gas emissions and individual climate change impacts. This ruling demonstrated a strict understanding of the traditional legal tests for causation.

On appeal, the Higher Regional Court of Hamm, found in November 2017 that the case was admissible and conclusively argued. Consequently, the outcome of this case depends on whether or not the facts and, in particular the causal chain between factors and events, can be proven at the evidentiary stage. In August 2018, the Court changed the order for evidence (only available in German). There are two main questions that must be answered and scientifically proven at this point. Firstly, whether the water volume in the lake has led to a serious and imminent threat of a flood outburst or a mudslide, and secondly, whether there is a risk of an ice or rock avalanche or ice lab breaking into the glacial lake, and how this would affect the lake and the home of the claimant. This latter point involves answering the question how the water volume would increase, and at which point a flood outburst would occur and affect the claimant’s property. The threat must be serious and imminent, and the Court explained that this requires that there is evidence of a sufficient likelihood that the risk materialises in the foreseeable future. If that can be proven, it will then be the next question to establish the extent of RWE’s contribution to the increased risk.

In addition to hearing expert evidence, and in an unprecedented move in climate litigation, the Hamm Court visited the lake Palcacocha in the Andes so that the judges themselves could visually inspect and evaluate the situation and the flood risk. This is in addition to hearing expert evidence in court. It will be of great interest to the scientific and the legal research community (among others) to see how the Court evaluates the evidence presented to it, in the context of its own visual inspection.

This case is not a tort-based claim, Mr Lliuya is not arguing that RWE is acting unlawfully and therefore would qualify as a tortfeaser. Instead, this is a claim for removal of an interference, brought under German nuisance law, section 1004 of the Civil Code, and based on the argument that the increased flood risk is a disturbance which the claimant does not have to tolerate. He asserts that RWE is liable to a pro-rate contribution to better flood protection measures, which would amount to 17,000 Euro.

The sum may be small, but the wider implications of the Court’s decision will be significant and far-reaching, this is one of the most important climate lawsuits globally at the moment. A favourable outcome for the claimant could mean that the usual hurdles of establishing a causal link between a climate related impact and the specific emissions of an individual emitter can be overcome, in cases against carbon majors that seek to attribute a specific climate related event.

This coheres with the findings of interdisciplinary research that demonstrates how causality can be found, based on attribution studies.

Petra Minnerop is the Academic Lead of Durham University for UNFCCC engagement and climate change and Director of the Sustainable Development Research Centre (SDRC) as well as Co-Director of the Global Policy Institute.

“A ‘Diplomatic Solution’ to the Ukraine Crisis”