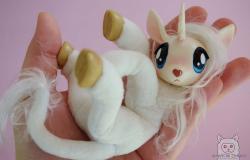 On September 19, 2014, Alibaba completed its IPO on the New York Stock Exchange. It was an instant classic, as the IPO produced three records. First, it was the largest IPO of all time, with Alibaba (under the ticker: BABA) raising $21.8 billion (on a total valuation of $168 billion).

September 19, 2014 was not a one-off in East Asia’s technology, entrepreneurship and venture capital ascent. In 2017 Masayoshi Son announced the launch of the SoftBank Vision Fund. The Vision Fund was not to be yet another venture capital fund. The Vision Fund would raise a previously unheard of amount for the purposes of venture capital investing: $100 billion. Son quickly assembled large tickets from global investors; $45 billion from Saudi’s Public Investment Fund, $9.3 billion from Abu Dhabi’s Mubadala, and $5 billion from Apple, FoxConn (and Sharp, though Sharp is now owned by Foxconn, which I will talk about later). In May 2018, news came that the remaining $7 billion would come from a combination of investors, including German car markers (Daimler and Mercedes Benz) and three Japanese banks (MUFG, Mizhou and Sumitomo Mitsui Banking Corp).

It is not only the size of SoftBank’s fundraising that grabs headlines. Son is shaking up the Silicon Valley investment arena with his decisiveness and large checks. The Vision Fund was reportedly involved in more than half of the top 10 biggest investments in VC-backed startups. Its largest single investment was in Uber, at the tune of a whopping $9.3 billion in the ride-sharing company.

It’s not only SoftBank. Venture capital investing and entrepreneurial activity have been on the rise in East Asia in the 21st century, and especially in the last five years.

In 2013, when Park Geun-hye came to office, she launched the Creative Economy Action Plan from her inauguration address. She spoke of a “2nd miracle on the Han River” – one that would be led by nimble startups, by creativity and innovation. For many, the primacy of creative economy activities has raised the profile of entrepreneurship, which is increasing both the quantity and quality of startups in Korea.

“Made in China 2025” has grabbed headlines globally, since it was issued in 2015. The aim is simple: to advance China’s high-technology prowess, with particular emphasis on artificial intelligence, robotics and other frontier technologies. On the 4th of July, a New York Times article asserted that Made in China 2025 will succeed despite Trump and a looming trade war. The confidence in the strategy’s ability to deliver in manufacturing advances stems both from the large government support and the buy-in of Chinese companies.

The latest country to grab headlines for its support of high-tech entrepreneurs, and their successes, is Japan. In May this year, Mercari achieved the status of “Japan’s first unicorn” – a privately-held company with a valuation in excess of $1 billion – as it filed for a Tokyo IPO worth $1.1 billion. This came two months after The Guardian asked if Osaka was becoming “Japan’s Silicon Valley” given the efforts to turn the Grand Front – a stunning complex with a large mall at the bottom – into a tech entrepreneurship cluster through efforts such as “Knowledge Capital” and “The Lab”. Consumers, innovators and the broader community would all come together to develop and test new technologies and products.

This all comes as seed funding has been on the rise in Japan since the Global Financial Crisis. Japanese venture capital wasn’t just growing, the earliest –stage – and highest risk – form of venture capital was taking off. But venture capital is not a 21st century addition to the Japanese economy; the first venture capital fund was created in 1972, as the Kyoto Enterprise Development, and then in 1982 JAFCO formed the first limited partnership fund in Japan (see Yusuke Asakura’s excellent materials).

In fact, the popular “Dragon’s Den” and “Shark Tank” format did not originate in Silicon Valley, Route 128, or Silicon Roundabout. The global phenomenon was first created in Japan, as "マネーの虎" ("Money Tigers") and ran from 2001 to 2004.

I wanted to learn more about “Japan’s Silicon Valley” and this stunning advance of technology entrepreneurship and venture capital. Last month I visited Kyoto, Osaka and Kobe to see: do you see the buzz? What is the government doing to promote local technopreneurship and equity investing?

I met with city government officials to get a sense of how much the “SoftBank effect” resonates with activity in Japan. I found that innovation, entrepreneurship and venture capital are at the fore of policymakers’ minds. There are remarkable efforts around bringing globally-renown accelerators – such as 500 KOBE, the Kobe City instalment of 500 Start-ups – tax subsidies for commercialisation and entrepreneurship, changes to regulations, etc. Notably, in late June the Economy Ministry launched the J-Startup initiative with the aim of producing 20 unicorns by 2023, an aim that certainly feels Silicon Valley-like.

Why the push – or embrace – of global, high-tech entrepreneurship? And why now? Based upon my recent interviews and research on Japan’s ecosystem, I argue that there are three main reasons, and implications:

The Japan Times said in a May 2018 headline “Japan shouldn’t try and replicate Silicon Valley to spur innovation”. I agree. There are certainly Japanese characteristics that are – and should be – distinct, just as elsewhere.

What is undeniable is the fervour in favour of supporting technology entrepreneurship across the region. The aims are familiar across Japan and Korea: to aid the innovation capacity of former giants, to diversify the provision of high-quality (if not permanent) employment, and to foment competitive positioning in the global technology sector. In the case of China, as epitomised by Made in China 2025, the aim is to upgrade capabilities as a crucial driver of development.

It may also be about creating more East Asian role models, along the lines of Jack Ma and Masayoshi Son. The availability of such high-profile, influential business leaders such as Steve Jobs is, of course, part of the Silicon Valley recipe in the 20th century.

Robyn Klingler-Vidra, a Lecturer in Political Economy at King’s College London and author of The Venture Capital State: The Silicon Valley Model in East Asia