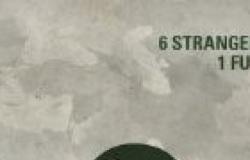 In 2014 Pakistan was well into its fifth year of democratic governance following relatively peaceful elections; led by Imran Khan, the Pakistan Tehreek-e-Insaf (PTI) was electrifying voters with its promise of an alternative to dynastic politics; legislation to ensure local government elections was in the pipeline; Chinese investors were lining up to support grand infrastructure projects; and the bloodshed that earned it a reputation as the most dangerous nation on earth had been steadily declining for four years. In this sense, Pakistan could be tentatively said to have turned a page on a decade of political uncertainty and violence.

Filmed over the preceding years, Without Shepherds follows six people: the politician Imran Khan, a trucker, a female journalist, a musician, a former militant and a fashion designer. The result is a beautifully crafted film that combines moments of human intimacy and personal insight, with a somewhat confused and potentially misleading picture of Pakistan’s possible futures.

Before delving into what Without Shepherds might be trying to say and how successful or not it is at communicating a snapshot of modern Pakistan, it must be noted that it is beautifully filmed and extremely well edited. For example, in one section Imran Khan is shown complaining about his entourage encouraging him to stop in villages to address crowds of supporters and the pink petals they throw jubilantly at his motorcade; in the next the editor cuts to a shot of a well-wisher launching a handful of the pink menaces through the open window of his vehicle. In another, a dramatic tale of travellers battling hungry wolves is interspersed with images of marching lawyers, self-flagellating Shias, the impoverished rushing a free food stall, and an America flag burning amongst an agitated crowd. And in a particularly moving section, the editor juxtaposes shots of a reformed militant crying as he struggles to come to terms with his past actions and a young Pashtun boy crying as he declares he will follow in his father’s footsteps to martyrdom when he grows up. The visuals are accompanied by a riveting soundtrack that manages to be at times touching and delicate, and at times to build tension as the film expertly bombards the viewer with suggestive images.

While the effect is undeniably pleasing to the eye and ear, and introduces audiences to the myriad of challenges confronting Pakistan, the narrator offers little in the way of explanation or direction, instead leaving us to draw our own conclusions as to the film’s messages. At most, a voiceover briefly introduces the protagonists and quotations from notable Pakistanis periodically interrupt the footage.

For their part, the six characters occasionally directly address the camera. Although the questions they were asked are never revealed, it is clear they focussed on national and international politics, including Pakistan’s relationship with its neighbours and America. Thus we are often treated to sweeping statements on American hypocrisy, the violent injustice of Pakistan’s domestic politics or the helplessness of ordinary people caught between warring powers.

This lack of narration and the off-screen questioning of participants is a legitimate stylistic choice. However those already armed with some knowledge of the country may worry that those without will come to the conclusion that Pakistan is teetering on the edge of some inevitable political, religious or economic cataclysm. Indeed Pakistan’s impeding collapse, or ‘state failure’ in academic parlance and policy circles, is a tired trope that the Western media has been peddling for over a decade.

In contrast, several recent explorations of Pakistan have sought to celebrate the country’s incremental steps towards a substantive democracy, the stabilising influence of a growing middle class and the opportunities presented by a young population. Some may even be said to marvel at Pakistan’s resilience and to seek explanations for its apparent cohesive strength. However, as the sub-title of Anatol Lieven’s book, Pakistan: A Hard Country, suggests, these analyses are far from idealistic and remain very much aware that that there is much to do to solidify Pakistan’s recent progress. For me, at least, this progress was sorely missing from the film’s (which purports to be a 'educational DVD') more visceral montages and brief soliloquies.

Where Without Shepherds’ lack of narrative does work is in the quiet moments that focus on one of its six protagonists and their interactions with fellow Pakistanis. Although by no means representative, between them we get a slice of Pakistani society rarely afforded to outsiders and a glimpse into the everyday lives of these individuals. Perhaps unsurprisingly, the most airtime is given over to Imran Khan, his ruminations on Pakistan’s political situation and his hap-hazard dharnas (rallies - that eventually became shorthand for parties for the PTI’s young supporters). However it is the truck driver and female journalist that stand out.

The former is shown anxiously waiting in a depot for work, telling stories with his co-drivers on the road, and enjoying time off with his family. He seems less aware of the cameras and, therefore, is a more interesting subject than the media savvy Khan. The latter is seen exploring her family’s decision to educate her with her proud mother, and confronting a room full of embarrassed-looking former Taliban sympathisers. At one point she even asks them why they needed stuff people to tell them about their religion. Such scenes are equally moving and tense, and hint at the everyday contests that animate Pakistani society out of view of mainstream media.

For all its beauty, clever editing and delicate insights, Without Shepherds left me wondering if the film’s makers had a central message or even if they knew what they were up to when they chose to intersperse shots of the PTI’s unfulfilled revolution with scenes from a high society fashion show, truck stops and a soul searching former militant’s efforts to relax in the countryside. It is tempting to say that it does not matter and that the film should be enjoyed for what it is. Indeed its hodgepodge of imagery and focus may be more representative of contemporary Pakistan than a central narrative would allow. However I cannot help feeling that the opportunity to introduce the country, its range of possible trajectories and the daily battles of its people to a sceptical worldwide audience was put behind a desire to make something aesthetically outstanding.

Tom Kirk is a researcher with the Justice and Security Research Programme, a PhD candidate at the London School of Economics and Political Science, and a development consultant. Tom’s work focuses on legal empowerment and social accountability in conflict-affected regions, with particular reference to Afghanistan, Pakistan and Timor-Leste.