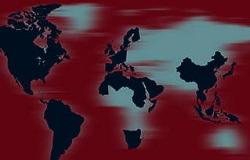 Regionalist projects have grown in importance worldwide since the end of the Cold War, and regionalism arguably has much to contribute to the emerging reordering of the world at a time when the liberal world order is facing multiple challenges. Fredrik Soderbaum’s Rethinking Regionalism therefore is a timely academic contribution. The book persuasively invites scholars and students of Comparative Regionalism and International Relations to rethink how they study regionalism, by providing four interrelated perspectives: historical, spatial, comparative and global. These four perspectives are important throughout the book.

The first three chapters outline the central thesis of the book and focus on the origins and history of regionalism. The book clarifies the distinction between ‘the intellectual history’ and ‘the real world history’ of regionalism (p.16). In addition, the author interrogates theoretical approaches to the study of regions and regionalism, which are broadly divided into two competing schools. One is the rationalist school, which comprises realism/neorealism, liberalism/neoliberalism and functionalist theory of regional integration. This school is considered too narrow and as reducing regionalism to a matter of trade and security. This is in addition to the pre-eminence of state actors in its theorisation. The other is the reflectivist school which provides a broader perspective on regionalism, comprising critical theory, post-structuralism, post-modernism and the new regionalism approach. Constructivism is seen as a middle ground theory in between these two schools. However, even though the author argues in favour of reflectivism and constructivism, it is advised that a single theory cannot explain regionalism. Hence, in rethinking regionalism, it is important to adopt an eclectic theoretical perspective.

While appraising existing comparative regionalism, Chapter 4 calls for ‘an eclectic comparative perspective’ to transcend ethnocentric biases often found in the literature. Chapter 5 suggests that instead of wrestling with the formalistic and institutionalised interstate regional framework, it is better to transcend the superficial distinction between formal regionalism and informal regionalism.  Chapter 6, which interrogates how regional space is organised, describes six types of regions, ranging from ‘geographical-ecological’, ‘cultural or cognitive’, ‘economic’, ‘administrative’, to ‘political and security regions’ (p.98).

The multi-dimensional aspects of regionalism are discussed in Chapter 7. For Soderbaum, ‘Regionalism has no single cause but is shaped by a number of problems and interests, as well as cognitive factors and imaginations’ (p.119). He explains the role of regions in security. The author focuses on Africa and draws empirical evidence from the AU, ECOWAS, SADC and IGAD. He also discusses economic and development regionalism which focus on trade, monetary policy and development, and social regionalism which includes issues of employment, workers’ rights, social security, social protection and inclusion, child and minority rights and health care (p.126). Environmental regionalism deals with a range of issues such as governance and management of water resources across borders.

Building on Godsater and Soderbaum’s (2011) article, Chapter 8 explains the agency of civil society in opposing the exploitation of market forces often produced by increasing economic globalisation. Civil society is conceptualised as partners, as legitimators, as counter-hegemonic forces and manipulators. Chapter 9 examines the role of external actors, while acknowledging that the latter have not received much attention in the literature. Soderbaum cites the role of the United States in building and destroying regions and the role of external actors in shaping regions in line with their interests, especially in the developing world. Chapter 10 focuses on regionness and how regions are solidified, which is embedded in what the author calls the ‘regionness framework’, comprising regional social space, regional social complex, regional society, regional community and regional institutionalised polity. It is closely related to the ability of regions to act internally and externally, otherwise known as regional actorness (p.161). The peak of regionness is regional polity. For some critics, a regional polity is nothing if not a linear journey towards super-statehood. But, in fact, regionness means more than a linear journey towards a higher polity. While the EU may be a semblance of this, the desirable peak of regionness in some non-western regionalist schemes is arguably different. Some non-Western regions use regionalist initiatives to strengthen their national sovereignties instead of integrating politically. One issue that is not fully explored in the book is that regional actorness that is not EU-centric will require a clear analytical framework for better operationalisation in other world regions.

Chapter 11 discusses interregionalism, or region-to-region relations, how it is conceptualised, its institutions and agencies, focusing on trade, development cooperation, regional parliament and courts. The final substantive chapter of the book, Chapter 12, examines regions in global governance, including examples such as security, trade and health.

The book is an excellent guide for newcomers to regionalism as well as established scholars or researchers. Readers who are familiar with Soderbaum’s previous works will see that the book does not only critically reflect these past efforts, but has taken such efforts further. However, some readers may want to know more beyond the cases of East and Southern African civil society, as discussed in the book. For example in Chapter 8 (on civil society), perhaps, a comparative study of civil society actors in Africa and Europe would have given us a new insight beyond the existing functional typology of civil society in Africa. A clear-cut framework for regional civil society is arguably overdue. The discussion of 'multidimensional regionalism' in Chapter 7 is another one which does not look anywhere other than Africa. Such an exclusive focus on Africa obscures what happens elsewhere, and neglects regionalist schemes in Southeast Asia, South America, and the Caribbean. Perhaps, this is one of the many questions that the book leaves for further research.

Rethinking Regionalism is a persuasive intellectual piece, as well as being a good guide for established and early career researchers in the field of regionalism or global politics. In summary, the author looks forward to a world order in which regions play more active role. An order that is plural, more complex and more global in scope is what Amitav Acharya calls ‘a multiplex world’ that accommodates both ‘the West’ and ‘the rising Rest’. In conclusion, the author has made an impressive effort in synthesising several decades of thinking and debates of regionalism. The four perspectives of the author – history, space, comparative study, and the global scope – provide a good and persuasive structure for the book.  I have no doubt that the book has much to offer as a guide, as debates on regionalism continue across the world.

Oluwabamidele Kogbe is a Ph.D. candidate in the Department of Politics and International Relations at the University of Dundee. His Ph.D. thesis is rethinking the role of regional civil society actors in the context of comparative regionalism in Africa and beyond. Email: okogbe@dundee.ac.uk and bamidelekogbe@gmail.com