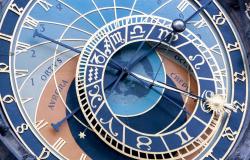 Thomas Hale responds to a report from the new UN Special Envoy for Future Generations aimed at putting temporal problems on the agenda.

Can we govern the future? The United Nations Secretary-General Antonio Guterres has published a landmark report proposing to expand the UN’s capacity and mandate to do just that.

Published today, Our Common Agenda includes ideas like creating a new UN Special Envoy for Future Generations, repurposing the UN Trusteeship Council (originally created to oversee decolonization) into a future-oriented body, and negotiating a Declaration on Future Generations that could give future people legal standing.

The United Nations was created after World War Two to manage conflicts between nation states. Today it increasingly confronts issues across countries such as disease, poverty, migration, or climate change. Our Common Agenda argues that the UN should evolve again to be able to manage issues that span not only national boundaries but also generational ones.

But can the UN or anyone else govern the future as Mr. Guterres proposes? If so, how?

My in-progress book, tentatively titled Long Problems (i.e. those challenges whose causes and effects span more than a generation), explores those questions. (Full disclosure: I played a small part in the extensive consultation process around the report).

Political problems have always unfolded over time. But in our current epoch, changes in technology and ecology mean we have to do more in the present in order to secure benefits and avoid disasters in the future. Climate change shows this clearly, but the dilemma of governance across time appears in myriad other challenges, some of which pose existential threats to humanity: building resilience to future pandemics, managing new technologies like AI and gene-editing, demographic shifts toward an older population, the evolution of work and social welfare provision, etc.

Such “long problems” pose specific challenges to politics and governance. Short-termism, the time-inconsistency of preferences, and uncertainty about the future are widely acknowledged, amongst other temporal vexations, as barriers to effective policymaking.

Despite these difficulties, the ideas advanced in Our Common Agenda can help orient our governance systems toward longer time horizons. Ultimately their impact will depend on whether member states take up and effectively operationalize the Secretary General’s proposals.

For example, even though future people lack political power, embedding their rights in law—as a Declaration on Future Generations could help to do—may embolden courts to resist short-sighted policies. The current wave of climate litigation already shows the potential of this approach.

And while entities like “strategic foresight” offices and future representatives lack decision-making power, they can generate valuable informational outputs that help actors in the present better understand their fundamental interests.

Obviously, there are no quick-fixes to long problems, and Our Common Agenda wisely does not propose any. The report’s biggest impact may lay not just in the specific reforms it proposes, but in the broader “common agenda” it aims to set: the idea that we should seek to govern problems that span not just spatial boundaries but also temporal ones. If it succeeds in opening up this new dimension in the UN’s work, it will help lay a foundation for a new generation of future-oriented political institutions.

Thomas Hale is Associate Professor of Global Public Policy at the Blavatnik School of Government, University of Oxford. His book Long Problems is under contract with Princeton University Press. He can be found on Twitter at @thomasnhale

Photo by Dimitry Anikin from Pexels