Gold Plated Populism: Trump and the End of the Liberal Order 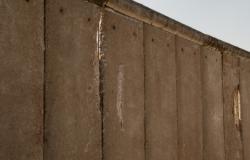 In the wake of President Elect Donald Trump's victory, David Held and Kyle McNally reflect on what this may mean for the liberal world order.

Donald Trump’s electoral victory has startled the world. It seems to usher in an era marked by the triumph of fear and anger, brazen disregard for reason and truth, the weakening hold of liberalism, the fracturing of the postwar consensus, and the rolling back of gains made from an integrated world economy. On the horizon, by contrast, is protectionism, wall building, and deeply exclusionary practices.

Yet, little of this is Trump’s invention or design. The postwar order has shown cracks for many years; regional and international institutions have been weakened steadily; nationalism and xenophobia have been on the rise; militant and intolerant discourses have spread like wildfire and authoritarian populism has emerged across many parts of the world. The roots of this are deep and extensive: the impact of the 2008 financial crisis has been brutally asymmetrical with the poor and working classes paying the overwhelming burden; globalisation has enriched great cities and the professionally mobile while leaving millions behind in de-industrialised towns and rural hinterlands; 9/11 and its legacy, which includes the calamitous failures in Afghanistan, Iraq, Libya and Syria, have not only destabilised the Middle East, but have swollen Western deficits, radically enhanced migration and raised the spectre of terrorism throughout Europe and the US; and the rise of networked societies which empower open critical discourses also intensify closed information loops where content is tailored to particular ideologies and ideologues.

One of the paradoxes of this period is that discontent and uncertainty amongst the working class has been most successfully co-opted by the right. The right has understood the extent of the fury, the fear of loss of standing, the anxiety about ‘others’, and the need to blame something or someone else. While some figures on the left such as Bernie Sanders have grasped this and tried to interpolate the anger and frustration into a progressive movement, the liberal establishment has been behind the curve and failed to offer a cathartic political vision for the future. One reason for this is that the liberal centre typically focuses on the complexity of policy issues ahead and has failed to match its policy prescriptions with political instinct and acumen; its professionals and experts want to dwell on the evidence which justifies their positions but fewer and fewer voters are in the mood to listen as the appetite for fact is replaced with emotion and a call to arms. There is wide gap between policy and politics. The centre-left establishment has been preoccupied with governance and the specifics of policy; whilst the right has embraced protest politics too often void of substantive policy, railing against the ‘establishment’ at every turn.

The election of Donald Trump is the latest iteration of this growing trend, which we recently discussed in this space as the collapse of politics of accommodation. Trump’s election is hugely significant not only for the US but also for the world at large. For the US the implications are at least threefold: policy, politics and society. At the level of policy, the legislative achievements of Obama over the last eight years could be erased in a matter of months. With Republican control of both the House and Senate, little stands in the way (except for perhaps a legislative filibuster in the Senate) of Trump pushing his agenda through Congress. Ironically, we know little of what this policy agenda might actually be given his predilection for contradiction and ambiguity. What we do know is this – promises to repeal Obama care, to build a wall on the Southern border, to abandon climate change policies, to reverse the Iran nuclear deal, and to reshape the Supreme Court for a generation are his repeated priorities, and they are all now possible.

At the political level, the blow to the Democratic Party reveals an astounding weakness of the centre-left agenda. This loss was entirely unexpected and experts will continue the autopsy on this election for months if not years to come. Whilst the Democratic Party can reasonably expect big wins in the 2018 midterm election, the deficit that they must recover may prove too large to reverse; and 2 years of a Trump presidency may feel like an eternity in the meantime. There is no disguising the hammer blow that Trump’s victory is to the Democratic Party.

Perhaps most significantly of all, this election has enormous implications for American society. In the first instance, it has revealed some of the darkest and most disturbing aspects of American political culture; Trump has created a permission structure for overt racism and unbridled misogyny. Minority families across the country awoke on November 9th to a new America – one where hope has largely been replaced with fear. Attacks on Muslim-Americans increased by more than 70% during Trump’s candidacy and this will only be emboldened in victory. The anti-Semitic leanings of Trump’s campaign stirred deep anxieties in the Jewish community and worries that Trump’s exclusionist politics will be a license for ever more intolerance and bigotry. The hope that remains for many is that President Trump does not keep his campaign promises and that a kinder leader steps into the White House than the one who was just elected. But the grounds for this hope seem desperately thin.

The wider global implications are equally disturbing. Trump has made it clear that America first means disregarding a great deal of international law and regulation, from the Geneva conventions to the Paris agreement on climate change. Decades of attempts to reframe sovereignty and to bind leaders to the values of human rights and humane principles could be upended. Again this is not new. George W. Bush did exactly the same when he took office in 2000 and when he used 9/11 as a lever against international infringements on American sovereignty. While Bush did much damage, Trump could weaken the international legal order to the point of collapse. A central aspect of this order is the 1945 settlement which placed international institutions and organisations at the heart of the postwar reconstruction efforts. These have suffered a crisis of efficacy over recent decades but instead of helping to rebuild them, Trump looks set to destroy them. Add to this his commitment to protectionism, trade wars where he deems necessary and the building of walls to keep out unwanted foreigners, then much of the postwar achievements are at grave risk. He is joined in his efforts by other populist leaders across the world, from Putin to Le Pen.

This US election is not an isolated event; similar developments include, for example, Brexit in the UK, the rise of the far right across Europe, razor fences lining Eastern Europe’s borders reflecting growing xenophobia and fear of the other, Hindi nationalism in Modi’s India, and the militaristic tactics of Duterte in the Philippines. Yet, despite these general populist trends, Trump stands out in some respects. Four years ago Mitt Romney lost to Obama, with many analysts pointing to Romney’s wealth, background and affluence as indications of how out of touch he was with Middle America. A leaked video of him disparaging 47% percent of the country as lazy was seen as a gaff of epic proportions, and revelations about his effective tax rate around 14% was seen as disqualifying. Four years later, Trump, the bombastic businessman twice divorced, with wealth in the billions, who all but admitted to paying zero federal taxes for almost 20 years, who has active law suits against his companies for defrauding clients, who has been recorded boasting about sexual assault, and who travels in a private plane with a gold plated bathroom has been embraced by the working class as a man of the people.

This remarkable, if not confounding, development should be seen as a sign of what is possible in the current nationalistic and populist waves of political discourse. Abrasive, arrogant and ‘strong man’ figures can set themselves up as leaders of popular discontent and promise change regardless of the damaging consequences that are likely to follow. History is replete with countless examples of failed retreats to nationalism and protectionism, and the calamitous risks involved. The 1930s should be all the warning needed about the fateful consequences of economic decline, nationalism and xenophobia.

Europe faces a series of pivotal moments in the next year, ranging from the referendum in Italy, to elections in France and Germany. Should present trends continue the liberal world order could well be threatened with extinction. These are calamitous times. And times for all those who oppose such developments to rethink, redouble their efforts and build again.