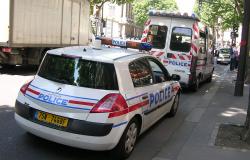 Amjed Rasheed and Juline Beaujouan analyse the recent attacks in Europe in the light of a three-year-research on region–state–religion triangle in MENA.

Europe is reeling from the murders of eight people in three separate terror attacks in less than one week. Four people were killed in a shooting and stabbing attack, in Vienna on November 2 while three civilians were murdered in knife attacks in Nice three days earlier. These attacks followed the murder of French high school teacher Samuel Paty who was killed outside his school a few days after showing his students caricatures of the Prophet Muhammad as part of a class on freedom of expression.

The three suspects in each case were shot dead by the authorities. It is as yet unclear if or to what extent Islamic State (IS) was involved in any of these attacks. But its discourse and messaging may have played a part in "inspiring" the actions of some of those involved.

In France, the subsequent debate has revolved around the values which underpin the French Republic (freedom and secularism). However, outside France the debate was much more around a perceived anti-Islam stance of the French state and its president, Emmanuel Macron. In a speech before the murder of Samuel Paty on the "fight against separatism", Macron described Islam as a religion "in crisis all over the world".

Our research has been focused in the Middle East and North Africa where the reaction to these comments has been particularly polarised.

The reaction from Muslim states to Macron's "anti-separatism" law ranged from official statements accusing the president of insulting Islam and encouraging hatred against the religion to the boycott of French products. More worryingly, there was a call to violence against French representatives and citizens on social media while protesters burned French flags and pictures of Macron in the streets of Pakistan, Bangladesh, Iran, India, Palestine and Tunisia.

After the attacks in France, Macron appeared on Al Jazeera to respond to boycotts and explain his stance on secularism and free speech.

The strong reactions should not come as a surprise. Our research has shown that Muslim societies around the world are interconnected by their “Muslimness” – their belonging to the same religion. This identity is encapsulated in the words attributed to the Prophet Muhammad:

“The believers ... are just like one body. When one of the limbs suffers, the whole body responds to it with wakefulness and fever”.

Reacting to Macron's October 2 speech, some Muslim media outlets said it was Macron himself who was in crisis, while others supported his plan. But far fewer acknowledged the fact that France hosts the largest Muslim community in Europe around 5.7m people who have their own identities and relationship with their country. Meanwhile a collection of Muslim federations and mosques in France has condemned the calls to boycott the country and supported the government's stance.

The murders in France and Vienna were "justified" by perpetrators in the name of Islam. But the Islamic teachings of Prophet Muhammad could have just as easily been used to foster peaceful reactions. According to the Islamic tradition, the prophet chose to respond to tortures and humiliations with peaceful means on countless occasions.

Why do violent interpretations of Islamic teachings sometimes overshadow peaceful ones which are the vast majority? One reason could be the absence of a single and unified Islamic body – an equivalent to the Vatican in the Christian faith. The lack of such a body has hampered the creation of a single, strong counter-discourse to violence in the name of Islam.

The rise of violent groups from the late 1980s such as al-Qaeda and more recently IS has been reinforced by the globalisation and digitisation of information, which simultaneously made violence more accessible.

IS used digital platforms to spread its violent ideology and cruel policies in Iraq and Syria. And these messages continue to "inspire" followers.

Islam is not a violent religion but, as with many ideologies, it has been used to grab -- and hold on to – power. So, geopolitics must also take its share of the responsibility in the politicisation of “Muslimness” which can often be used as a policy tool.

The Turkish president Recep Tayyip Erdogan has been using this strategy to boost his legitimacy inside Turkey and to undermine his foreign rivals. This was exemplified by his reaction to Macron’s statements after the French attacks. The Turkish president said Macron needed "mental treatment", prompting Paris to recall its ambassador.

While religion was brandished as the main reason for the Turkish reaction, pre-existing geopolitical tensions between France and Turkey also played a part. The two states have disagreed on a number of issues, including the treatment of Kurds in Turkey and Syria, the Mediterranean gas pipeline project, the Turkish intervention in Syria and Libya, and the official recognition by Macron of the Armenian genocide.

The risk of taking such an anti-Western stance is that it echoes the discourse used by IS to justify its war in Iraq and Syria between 2014 and 2017. This discourse was based on identity polarisation – a choice between the believers (Muslims as defined by IS) and the unbelievers. According to IS, the first group was being repeatedly targeted and humiliated by the second which was led by Western countries. As a result, they say, Muslims all over the world should rebel, react and regain the glory of the Muslim civilisation, epitomised by the last Muslim empires.

Despite its military defeat in Iraq and Syria in 2017, the IS discourse retains its power because it is able to place roots in a collective consciousness of some Muslim communities. And that it why it continues to spread beyond those devastated battlegrounds.

The analysis in this piece was inspired by a recent book, ‘Islam, IS and the Fragmented State@ The Challenges of Political Islam in the MENA Region’ the co-authored with Anoushiravan Ehteshami.

Amjed Rasheed is visiting lecturer at the Institute of Political Science (IfP), University of Tübingen, and Research Fellow in the School of Government and International Affairs at Durham University. Amjed is the co-editor and contributor to the volume Syrian Crisis, Syrian Refugees - Voices from Jordan and Lebanon (Palgrave, 2020), and co-author of Islam, IS, and the Fragmented State: The Challenges of Political Islam in the MENA Region (Routledge, 2021).

Juline Beaujouan received her Ph.D from Durham University where she was awarded the al-Sabah doctoral fellowship and acted as a member of the AHRC’s Open World Research Initiative (OWRI). She then joined the Political Settlements Research Programme (PSRP), based at the University of Edinburgh, where she researches local conflict management and trust-building between ethnical and religious communities in Iraq, Syria and Lebanon. Juline is the co-editor and contributor to the volume Syrian Crisis, Syrian Refugees – Voices from Jordan and Lebanon (Palgrave, 2020), and co-author of Islam, IS, and the Fragmented State: The Challenges of Political Islam in the MENA Region (Routledge, 2021).