Book Review – The World’s Most Prestigious Prize: The Inside Story of the Nobel Peace Prize 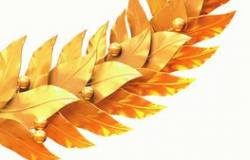 This book presents the fascinating story of the Nobel Peace Prize and how it has become so influential around the world. Narrated by a prominent insider in the Nobel system, it summarizes the story of an award established 118 years ago by Alfred Nobel’s will to promote ‘fraternity between nations’ and which has appointed high profile laureates as well as relatively unknown activists in the fields of international politics, peace promotion, human rights, environment and humanitarian work, in the process gaining a notable influence in international affairs.

Geir Lundestad, a Norwegian historian, was the Secretary of the Norwegian Nobel Committee and the Director of the Norwegian Nobel Institute from 1990 to 2014. This volume published in English by OUP draws on two previous books published in Norway, one of them focused on his personal experiences and the second using an academic approach and his unprecedented access to the Nobel Institute vast historical archives. The combination of both methods results in an attractive reading that combines historical rigour with personal insights into the fabric of what has become the most famous and influential – as well as sometimes controversial – peace prize in the world.

This mixed approach is reflected in the structure of the book. The author uses the introduction to try to give an answer to the question “Why does the world care about the decision of a committee of five relatively unknown Norwegians?” (p. 1). Every year, on the first or second Friday of October, the announcement of the winner of the Nobel Prize triggers attention from media and comments from official and non-official actors throughout the world. In accordance with Alfred Nobel’s will, the prize is awarded by the Nobel committee, which has 5 members elected by the Stortinget (Norwegian Parliament), and never in its history of 118 years has it been more popular than now.

Why is this the case? The author suggests a combination of factors: its long history; the fact that it belongs to the Nobel prizes family (although this is the only one awarded in Norway); a solid record (even considering some serious mistakes such as the fact that Gandhi was never awarded it); and the ability to expand the peace concept and the geographical scope of an award that has become global. Those factors work in combination with a more structural element such as a Norwegian and Scandinavian approach to global affairs that rests on a mixture of realism and idealism and focuses on social democracy, disarmament, law, justice and international cooperation as the best way for small nations to limit the influence of superpowers in international politics.

Chapters 2 to 5 analyse the historical record of the prize, starting with the will of Alfred Nobel and his decision to have a committee appointed by the Norwegian Parliament award the peace prize. In the subsequent chapters, the author describes how the committee tried to promote international organization and cooperation first through arbitration (1901 to 1914), then through the League of Nations (1919-1939) and finally through the period of the UN from 1945 to present.

In 1935, the prize to journalist and editor Carl von Ossietzky would turn up a completely different perspective since “that prize called attention to people and ideologies, not structures, as what was crucial to international politics” (p. 49). The award to the work of Ossietzky against Germany’s rearmament marked a departure in two senses: as a condemnation of a specific regime (it was considered by German authorities and Hitler as an undue interference in national affairs), and with a focus on disarmament that was related but distinguished from previous efforts.

The importance of the UN as a cornerstone of global cooperation and peace became a dogma of Norwegian foreign policy after the Second World War, even after the country joined NATO in 1949. This position emanates from key foreign policy documents and is reflected in the work of the Nobel Committee in those decades, with many prizes awarded to organizations and institutions associated with the UN: the second Secretary General Dag Hammarskjold (1961), the Office of the UN High Commissioner for Refugees (1981), René Cassin (‘father’ of the Universal Declaration on Human Rights, in 1968), and Séan McBride in 1974. The expansion to human rights was accompanied by a diversification toward disarmament affairs (e.g., Alva Myrdal and Alfonso García Robles in 1982). The UN peacekeeping forces received the award in 1988.

Some interesting insights from the author refer to the relation of the Nobel Committee to other Norwegian institutions. Occasionally the awards to activists fighting their own regimes have been challenging for Norwegian foreign affairs, such as the Nobel awarded to Liu Xiaobo in 2010 that led to an acute decline of relations between China and Norway (political meetings were cancelled for six years). That independence has also led to controversial prizes such as those shared by political opponents (Kissinger and Le Duc Tho; Arafat, Peres and Rabin; Mandela and de Klerk).

It is perhaps in Chapter 6 where the readers can most appreciate the value of this insider’s account of the Nobel prize. Lundestad develops ten portraits: of Mikhail Gorbachev (1990), Aung San Suu Kyi (1991), Mandela and de Klerk (1993), Arafat, Peres and Rabin (1994), Kim Dae-jung (2000), the UN and Kofi Annan (2001), Jimmy Carter (2002), Barack Obama (2009), Liu Xiaobo (2010) and the EU (2012). For each, some details about the deliberations of the committee and the political considerations are provided, combined with personal portraits of the laureates and details of their presence in Oslo, their discourses, and the events surrounding the Nobel ceremony. A detailed literature about the Nobel Prize completes the volume, followed by the list of the laureates and an analytical index.

The high level of international attention garnered by the Nobel Peace prizes has been sometimes accompanied by controversy about the decisions. Those readers interested in international affairs and peace will find here accounts of the committee’s considerations and why some laureates including Gorbachev, Arafat, Pres and Rabin, Mandela and de Klerk, and Liu Xiaobo came to receive the prize. This book will be helpful to students, academics and practitioners in international politics and peace processes.

Mabel González Bustelo is a political analyst specialized in international affairs. She has been based in Oslo since 2016.

In Solidarity with Black Lives Matter, the Development Sector Must Reform