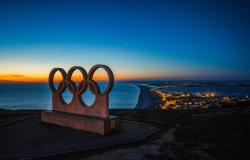 COVID-19 has sprung many surprising social consequences, among them its impact on sports and leisure at both the professional and leisure levels. Shortly after the onset, for example, a massive worldwide sales rush on cycles began as other exercise and recreational options disappeared. The same is true of golf which, in recent years, has otherwise struggled to match its earlier participatory levels. At mass participation level, then, the pandemic has benefited many sports.

At professional level, a different impact pattern is best demonstrated by the convoluted picture surrounding the Tokyo Olympics. Already delayed into this year, there is continuing speculation about whether or not the Games will occur.

Contained within that story are all the major markers of the complex relationship between professional sports and modern societies.

That starts with an obvious paradox: across the Western world, and elsewhere, professional sport has continued (albeit under altered conditions), even in locations where the virus has hit hardest. So, in the USA where over four hundred thousand people have perished, major league sports have pushed on. In the United Kingdom, Premier League Football continues as the death toll passes one hundred thousand.

In Australia, as I write, the Australian Open tennis tournament is underway in Melbourne, the hardest hit of any city nationally, where virus flare-ups have been constant. And here is the paradox: in the midst of these crises, governments have allowed and even encouraged professional sports to continue, spurred on by sports organisations themselves. That attitude and approach allowed the recent India cricket tour to proceed in Australia despite protests from national medical authorities. Those same authorities made similar comments when the National Rugby League returned to the field early.

On the other side of the country, the Western Australian premier has barricaded his state off from the rest, locked down Perth at the slightest sign of an outbreak and berated his fellow state leaders for not doing the same – except when it came to Australian Rules football. And when Cricket Australia cancelled its scheduled tour to South Africa, because of the rampant COVID conditions there, Western Australia offered to host the proposed matches in Perth.

The obvious question, of course, is why? Why have governments allowed these developments? Answers range from the opaque to the blindingly obvious.

An inevitable starting point is the idea that continuing sports creates a “feel good” factor socially: it gives people purpose, encouragement, distraction, a distraction, a shared sense of community.

This has been trotted out by sports and government leaders alike since organised sports emerged through the later nineteenth century, and is closely aligned to the idea that sport is “character forming”. It is both difficult to quantify, and too easy to find examples where the “character” formed has been socially undesirable. In the Australian setting, for example, as the National Rugby League rushed back to play at the height of the virus, too many of its prominent performers were in court facing charges of sexual assault, domestic violence, drunk driving and an associated range of antisocial behaviours.

That split between aspirational and delivered social goals in sport has long been a public policy problem, and is now aggravated as the debate develops about who should get priority for vaccination against COVID.  Former NBA star Charles Barkley prompted outrage by suggesting elite professional athletes should have priority because, among other things, they paid more tax than most other people.  He was not alone. Canadian Olympic luminary Dick Pound suggested Olympic athletes should also get priority to help ensure the Tokyo games went ahead.

And therein lies a direct link to the major underlying reason major professional sports have been so desperate to return to the field – finance. Because all of them rely on television rights to anchor their financial health, and that in turn drives the elevated salary deals that characterise professional sport, as in the case of Patrick Mahomes.

When COVID hit, then, so did immediate reconsideration of television rights, because what would happen if there were no games? Around the world, that created a scramble. In the UK, there were major concerns for the Premier League.  In Australia there were fears of widespread disruption, and an unholy row broke out between Cricket Australia and its prime telecaster.  And in the USA the NFL encountered the same disruptions that had caused such a major problem for baseball at the start of its 2020 season.   Effectively, the baseball owners and the players struggled to agree on the size of the salary hit brought on by decreased gate revenue and, yes, television income.

As to why local and national governments went along with allowing reduced attendance at stadiums where those who did go sat alongside cardboard avatars – some of that was about money as well and also, in the Australian case, electoral anxiety (football fans vote in Victoria and Western Australia). With economies ravaged by the virus, any sort of revenue is good, and sport has offered that possibility as well as its persistent “it’s a good thing” profile.

And that returns us to Tokyo. The current estimate is that staging the Games will cost Japan at least $US15 billion (somewhere around the total GDP of countries like Gabon, Benin and Palestine). If the Games do not proceed, that is a massive hit. That hit will be lessened if the Games do proceed because some income will occur, but the implications are still severe - for example, if no spectators are allowed then ticket sales losses could reach $US 1 billion.  Needless to say, Japanese officials are keen for the Games to happen and for crowds to be there. But internal opposition is growing and it seems likely that few if any foreign spectators will be in Tokyo (aside from the horde of non-paying Olympic officials).

Which raises the question about the future of sport without spectators. As with so many other spheres of life, sports now has this unanticipated disruption to consider.

And the International Olympic Committee (IOC) is one organisation with an immediate challenge. Ever since Juan Antonio Samaranch revived its metaphorical and literal fortunes by harnessing television rights linked to the assumed “status” of hosting the Games, the IOC has marched on. But as Tokyo has discovered, hosting costs have escalated and candidate cities become less numerous as a result, which is why in 2017 the IOC did the deal that delivered 2024 to Paris and 2028 to Los Angeles.

Quite how those two cities feel right now can only be imagined but, among the many hard-nosed reasons the IOC wants Tokyo to proceed, there might just lurk a fear that if it does not, there might not be another one.

That is the extent to which COVID has disrupted sport at its peak level, despite all the “feel good” sentiments that have kept events going in the face of public health logic, and the reason why the future for sport is as uncertain as any other area of life.

Ageing Societies Are Not the End of the World