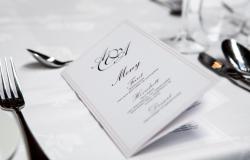 Karin Costa Vazquez argues that the 'bilateralization' of the BRICS expands the options for the grouping to act and may be the only way for it to survive another decade.

After a low-profile Brazilian chairship, the 12th BRICS Summit in 2020 will be a test for the grouping under Russia’s helm. Priorities include deepening intra-BRICS trade and economic concert, establishing the BRICS as the venue for exchange on sustainable development, and promoting exchanges on science and technology. The main task, however, will be to recognize the changes in the internal dynamics of the grouping and respond to the challenges it entails.

With an aggregate growth from 8 percent of global GDP in 2001 to over 23 percent in 2019, the emerging economies of Brazil, Russia, India and China have outperformed Jim O'Neill predictions nearly two decades ago. As a political grouping, the BRICS, after the joining of South Africa in 2010, appeared in the context of the global financial crisis and the rise of the G20 as the ‘replacement’ of the G7/8 in the coordination of global economic governance.

In its first decade of existence, the BRICS was partially successful in pushing for the IMF and the World Bank quota redistribution. The five countries also offered an outside option to the international financial order through the creation of the New Development Bank (NDB) and the Contingency Reserve Agreement for the provision of infrastructure finance and liquidity to emerging and developing economies.

As the BRICS enters its second decade, the grouping is expected to consolidate its early achievements. It is also pressured to lead international responses to emerging global challenges like trade protectionism, climate change, and the 4th industrial revolution. Yet, the context in which the BRICS operates challenges the full realization of its potential. The slowdown of the Brazilian, Russian and South African economies coupled with significant changes in domestic and foreign policy directions, and the Sino-Indian rivalry put the grouping at a crossroads.

Under this new context, the BRICS begins to transition from a concerted modus operandi (e.g. club, bloc, coalition, and community) to bilateral arrangements among the five members in their variable geometries and issue areas. This 'bilateralization' of intra-BRICS relations would allow each member to pursue transnational and interstate interests whenever they overlap with one another while still benefiting from being part of the grouping when collective action is more desirable.

This bilateralization of the BRICS can be seen in the limited response of the grouping to the US-China trade war. On the sidelines of the G20 summit in Osaka, the five countries committed to ‘transparent, non-discriminatory, open, free and inclusive international trade,’ striving to strengthen the role, function and dispute settlement mechanism of the World Trade Organization as the central pillar of the multilateral, rules-based trade system. These principles were included in the Brasilia declaration of the 2019 BRICS Summit.

Ironically, the BRICS comprises some of the most protectionist countries worldwide and overall intra-BRICS trade remains stagnated. Proposals to create a common operator, a payment system in local currencies and a preferential trade agreement are yet to take off. In the meantime, attempts to reduce trade barriers between specific members gain new breath. Pressed to revive the domestic economy, the Brazilian President’s recent visits to China and India reveal an inclination to step-up bilateral engagement with other BRICS countries at least in the economic agenda.

In the absence of a common narrative to respond to emerging global challenges, the bilateralization of the BRICS may hinder concrete action at the multilateral level. This was evident during the Brazilian pro tempore presidency of the grouping in 2019. With loose commitments and avoidance of politically sensitive issues, Brazil’s chairship allowed for small victories of individual countries in thorny issues like India’s strides to prevent and counter terrorism.

Until the BRICS Summit in Goa in 2016, a joint approach to terrorism was out of sight despite India’s endeavors to include the theme in the final declaration. The contrasting stances taken by India and China were the main factor leading to the stalemate: while India portrayed the matter as a regional problem and lobbied to have Pakistan-based terrorist groups blacklisted for their acts of terror in Jammu and Kashmir; China thwarted India’s initiatives to assert Pakistan as a terror-funding state.

At the BRICS Summit in Xiamen the following year, China accepted India’s bid to take in a provision condemning Pakistan-based terrorist groups in the final declaration. India construed the episode as a notable diplomatic negotiation amid the Doklham standoff with China on the eve of the Summit. The merriment did not last long as months later China would block India’s proposal at the United Nations Security Council to blacklist a Jaish-e-Mohammed leader.

The Brasilia declaration deplored terrorist attacks in the BRICS countries and called for specific measures to counter radicalization, block sources and channels of terrorist financing, and dismantle terrorist bases. Despite acknowledging the work of the BRICS Working Group on Counter Terrorism, a comprehensive counter-terrorism approach by the five countries is unlikely unless India and China agree on similar perspectives on terrorism.

Contradictorily, the bilateralization of the BRICS allows greater levels of flexibility that, in face of the new domestic and international reality, may be the only way for the grouping to survive another decade. And it is still in the interest of the five members to remain engaged in the grouping, even if it is just to attempt to counterweigh or curb China’s global influence - as the most cynic would say of India. The recent launch of a new China-Russia natural gas pipeline, for example, not only draws attention to a blossoming energy partnership, but also facilitates China’s efforts to reduce its carbon emissions.

The potential of the BRICS should not be underestimated, nor the capacity of its members to perceive the strategic benefits of engagement. What would explain the five leaders meeting annually for more than a decade afterall? It is worth noting that the BRICS emerged not as a group whose strength lay in the individual capacity of each country, but as a pragmatic relationship that pools the influence of its members to achieve common objectives while raising the voice of non-Western countries in international affairs. Here, the experience establishing the NDB is noteworthy.

The NDB was originally proposed by India. It is true, however, that China’s financial clout and experience in infrastructure financing has given the country a stronghold in the negotiations for the establishment of the bank. Yet, the final institutional design and governance of the bank ended up reflecting the concessions made by all the five members, mainly India and China, on behalf of larger shared interests as well as each country’s individual aspirations.

The strengthening of the bilateral arrangements in the ‘menu’ of the BRICS ‘multilateralism à la carte’ expands the options for the grouping to act. Ahead of the Russian pro tempore presidency of the BRICS this year is the challenge to make these bilateral arrangements work towards a common agenda that favors the construction of a stable and peaceful international environment for development.

Karin Costa Vazquez is Associate Professor, Assistant Dean and Executive Director of the Center for African Latin American and Caribbean Studies at OP Jindal Global University. She is also Fudan Scholar at the Center for BRICS Studies, Fudan University, China.

Photo by Terje Sollie from Pexels