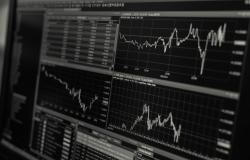 Sukhayl Niyazov argues that central banks have become impotent and their traditional macroeconomic tools are not working.

In response to the coronavirus-induced global recessions, monetary authorities across the world have again begun to lower interest rates – with Eurozone, Switzerland, and Japan already in the negative interest rates zone and the US Federal Reserve seemingly heading in the same direction.

However, it is doubtful that current lowering of interest rates will boost investment and help the economy. After all, the current problems in the world economy are the result of the shock produced by the COVID-19, both on demand and supply sides, as it disrupted global supply chains, prompted governments around the world to close borders and severely restrict people’s movement.

Therefore, it is unlikely that rate cuts will generate productive investments at a time when companies prefer to save rather than to invest not due to high costs of borrowing and “high” interest rates but because of the uncertainty associated with the pandemic.

Low interest rates, according to mainstream economics, are beneficial for economic growth. Yet there is a growing consensus among economists that even if today’s environment low interest rates’ effects are not outright negative, then their reverberation are becoming much more ambiguous as they are unable to bring the same extent of positive implications as they did in the past –  a fact that is reflected by a sluggish recovery in the aftermath of the 2008 crash.

The conventional wisdom views low interest rates as positive for economic growth because they make it easier for governments, businesses, and consumers to borrow, hence spurring investment and ultimately increasing employment and GDP growth. However, there is a growing body of evidence that nowadays, traditional monetary measures to stimulate the economy actually do more harm than good. They contribute to rising inequality, for lower interest rates benefit mostly the wealthy, who already have large financial holdings, and hurt middle-class families and retirees who depend on their investments and savings for a living.

Most importantly, still, according to the new research done by E. Liu and A. Mian from Princeton and A. Sufi from the University of Chicago, low interest rates, instead of contributing to higher rates of economic growth, have contractionary consequences due to increased market concentration and subsequent formation of monopolies.

The truism is that, as the authors of the research claim, “lowering interest rates have an expansionary effect on the economy through stronger productivity growth.” However,

Although lower interest rates encourage all firms in a sector to invest more, the incentive to do so is greater for market leaders than for followers. As a result, industries become more monopolistic over time as long-term rates fall.

This effect is also exacerbated by the fact that the “followers” of the industry “typically pay a spread over the interest rate paid by market leaders – and this spread tends to persist as interest rates fall. “

These dynamics explain some of the worrisome economic trends of the recent decades: monopolization of the economy, slowing growth in productivity, and rising inequality. Low interest rates, as a result, cause more pain to the economy than they do good, conclude the researchers.

Repercussions of ultra-low interest rates reveal themselves beyond traditional economic sectors. Low interest rates fuel asset bubbles – just like the global savings glut fueled the surge in the prices of housing-related assets before the 2008 financial crisis - thus distorting market forces and leading to the emergence of vulnerabilities in the financial system with potentially devastating consequences. Pension funds and other financial institutions, unable to profit from negative inflation-adjusted yields on government bonds, invest in the stock market, leading to the overvaluation of asset prices there and a potential bubble.

Low rates also lead to the misallocation of capital by encouraging healthy companies to undertake unproductive projects and, importantly, facilitating the development of so-called “zombie” companies, entities that are artificially by cheap borrowing but that will be a drag on economic growth in the long run. All these changes are accompanied by rising debt levels and higher leverage.

In today’s global economic environment, it seems like traditional measures of monetary stimulus are not only insufficient to lead to greater economic growth; they are actually counterproductive and damage the economy by causing market concentration, fueling asset bubbles and unproductive investment, and increasing trade deficits and debt.

Central banks already understand their impotence in contemporary conditions. For instance, as the US Federal Reserve Chair Jerome Powell has recently put it, “It’s not good to have monetary policy be the main game in town, let alone the only game in town.” Central banks have no room for new cuts – and it is doubtful that the cuts will help in the first place.

As Lawrence Summers and Anna Stansbury write, “the scope for quantitative easing and forward guidance to provide incremental stimulus is very limited – even assuming that these tools are effective (which we doubt)”.

Such an unsettling set of conditions demands a renewed approach to the management of the global economy. First and foremost, we need an effective health response to the coronavirus. During the 2008 crisis, monetary policy proved to be fairly useful because the meltdown began in the financial sector. Nowadays, the finance industry does not seem to have any weaknesses; it is the real economy that is the problem. Indeed, the same thing to a certain extent applies to fiscal policy: there will be little effect from tax cuts and government spending when COVID-19 hampers economic activity. Before proceeding to save the economy, the authorities should take appropriate measures to halt the spread of the coronavirus.

Fortunately, it seems that both fiscal and monetary authorities have undertaken unprecedented steps to save the economy, such as massive fiscal stimulus as well as purchases of government bonds by central banks. For in today’s day and age, simply lowering interest rates will not help the economy; it is the time for more active measures.

Sukhayl Niyazov is an independent author covering economics, politics, and their intersections with artificial intelligence. His articles have been featured in Human Events, Global Policy, Merion West, Areo Magazine, Towards Data Science, and other publications. You can connect with him on LinkedIn, follow him on Twitter, and read his blog on Medium.

Photo by Lorenzo from Pexels

Early View Article - Back to the Future: Lessons from the 2009–2012 austerity policies for the aftermath of the COVID crisis