The Phenomenon of Civicness and Researching its Advancement 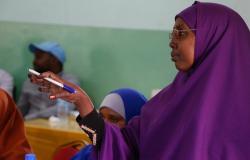 Mary Kaldor introduces the idea of 'civicness' and why its important in conflict-affected places.

The Oxford English dictionary defines civicness as ‘relating to a city or town, especially its administration; municipal’ or ‘relating to the duties or activities of people in relation to their town, city, or local area’ It also tells us that the origin of the term lies in the ‘mid 16th century and comes from the  French civique or Latin civicus, from civis ‘citizen’. The original use was in civic garland, crown, etc., translating Latin corona civica, denoting a garland of oak leaves and acorns given in ancient Rome to a person who saved a fellow citizen’s life’.

In the Conflict Research programme (CRP), we use the term civicness as a logic of public authority, which we contrast to the political market place and to identity politics.  And we apply the term at all levels – local, national and international. It has something to with the notion that public authority is based on consent and consent is generated voluntarily through shared deliberative processes based upon norms and rules that value respect for persons. This includes practices that sustain integrity, trust, civility, inclusion and dialogue, and non-violence. Civicness can be expressed within political systems dominated by political markets and identity politics; as a transformative display of concern for others; as a manifestation of humanizing the system; or as an act of resistance to it. In several CRP research sites, there are relatively stable areas characterized by civic power, albeit few and often fragile. It is crucial to understand what works in these contexts and why, and how/if these experiences can be replicated.

Civicness is not the same as civil society. Although the definition of civil society has changed over time, the term nowadays tends to be equated with associational life, particularly CSOs and NGOs. Rather civicness is a logic that is based on the implicit assumption of a social contract among citizens. Acting like a citizen means acting as though social relations are based this social contract. Civicness has to be understood both as a normative aspiration and as something that is empirically observable. In all our sites, we observe an emphasis among a range of actors on the importance of civicness, albeit in different vernacular versions – citoyenete in DRC, for example, or madani (civility) in Syria and Iraq. Given that civicness is about acting like a citizen, it is also associated with ideas of stateness that can be observed in all our sites. There is no public authority that could be characterized as wholly civic but different forms of public authority display differing degrees of civicness. We might be able to make the argument that what is important in understanding violent conflict or contemporary wars is the sidelining, marginalizing, disintegration, or indeed destruction of civicness at least in relation to formal institutions. For civicness to be a logic of public authority there needs to be a convergence of formal (embodied in institutions) and informal manifestations of civicness and this needs to be sufficiently robust to prevent widespread violence.

The aim of CRP research on civicness is to elaborate our conceptual understanding of the term through an inductive process of empirical observation of manifestations and sites of civicness.

So what might we research as empirical manifestations of civicness or at least the advancement of civicness?  It is possible to list a range of activities that might count as the advancement of civicness; first responders in humanitarian action, civil economies and informal welfare; political protest movements; dispute resolution and justice mechanisms; local cease-fires and civilian mediation; individual acts of heroism and resistance. CRP research will aim to identify manifestations of civicness that are most salient in our research sites; in South Sudan, for example we would see how civicness is manifest in the courts and in the civil society participation in mediation; in Syria it would be local ceasefires and (perhaps?) popular protest; in Somalia our focus would be on humanitarian first-responders and the courts; in Iraq and DRC it might be popular protest movements.

Mary Kaldor is a Professor of Global Governance and Director of the Conflict and Civil Society Research Unit in the LSE Department of International Development. Professor Kaldor also directs the unit’s largest research project, the Conflict Research Programme (CRP), an international DFID-funded partnership investigating public authority, through a theoretical lens of the political marketplace and the concept of civicness, across a range of countries in Africa and the Middle East.

Note: The CRP blogs gives the views of the author, not the position of the Conflict Research Programme, the London School of Economics and Political Science, or the UK Government.

Book Review – Rules for Rebels: The Science of Victory in Militant History