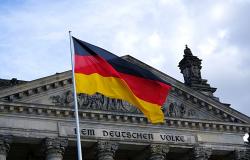 Germany is emerging from the first phase of the pandemic with some scars, but broadly in good shape. That only makes the country’s upcoming six-month EU presidency more crucial: In order to drive the EU’s economic and social recovery forwards, Berlin needs to present a compelling vision for a green and digital post-pandemic Europe worth striving for.

To some international commentators, Germany’s handling of coronavirus is commendable. With far fewer deaths than France, Italy or the UK and with huge sums of financial support, the country appears to be weathering the storm well. Add to this the calm leadership of the “crisis chancellor” Angela Merkel and it is easy to see why Germany would be “top of the class” (The Economist, though with a question mark).

Germany may not be so different after all, however. Pandemic contingency plans were either not in place or not followed. Its social distancing orders were late in coming and lenient by European standards. The country’s comparably high testing rate is thanks to the capacity of private laboratories, not government action. Perhaps it all comes down to “dumb luck“ (Politico) rather than real achievements – the forewarning from northern Italy, a large number of young and healthy first cases, less intergenerational social mingling – that Germany is in better shape than its European peers.

That said, Germany was instrumental in devising the EU’s rescue package to the tune of 540 billion euros, including pandemic crisis support through the European Stability Mechanism. Moreover, Germany’s short-time work scheme, in which the state covers around two thirds of wages for employees on reduced hours, became the blueprint for a similar EU-funded scheme. And, crucially, Berlin, together with France, proposed a recovery fund worth half a trillion euros financed by EU-issued debt, thus making a leap towards shared liability (though stopping short of issuing “coronabonds” favoured by some member states).

Unfortunately, Germany lacks a vision for how to deal with the pandemic in the medium term. Or, as a lead article in the influential weekly Der Spiegel put it, after a flood has struck your home, you would not rebuild the house in the exact same way, with outdated features, for instance, but you would modernise it so that it can withstand the next disaster. Instead of holding a debate about the emergence of a new society, the country is arguing about the details of social distancing and disinfectants when opening up firms, schools and restaurants.

Similar pronouncements can be made about the EU, except that, here, Germany is about to take over the helm of the Council on 1 July. If the current Croatian Presidency is being defined by the immediate response to the pandemic, Berlin is preparing for a “corona presidency” in a bid to hold the EU together. The original programme focusing on the transition to a greener economy, boosting the digital transformation and strengthening the EU’s global role (including by redefining its relationships with the UK and China) has been upended. The focus now is on enabling an economic recovery and passing a seven-year budget, both with a sharp North-South split transpiring, as well as ending border closures. The objective is nothing less than “maintaining EU integration as such” (in the words of Germany’s Ambassador to the EU in a leaked cable to Berlin).

The trouble is that holding the club together when both internal and external factors are pulling it apart is difficult, if not impossible without giving it a sense of direction. The ongoing crisis has unmasked a number of the Union’s fundamental weaknesses – from its carbon-intensive economies to its incomplete eurozone architecture to a lack of internal supervision on rule of law issues – that cannot be papered over as in the past.

Going beyond the necessities of crisis management, Berlin should take the lead in helping member states – i.e. those willing to take the next step – to define a new “mission” for the EU to remain attractive. Addressing the German Bundestag, Chancellor Merkel already admitted two crucial points: the need for a political union to accompany the common currency, including to strengthen its global clout, and the possibility of treaty change. Add to this Germany’s initial presidency programme centred on the European Green Deal, the digital transformation and Europe’s global role, as well as the upcoming but postponed Conference on the Future of Europe, and the contours of a bold vision for a post-pandemic Union emerge: a green and digital Union based on cooperation and solidarity that would be an example for the world to follow.

The previous German EU presidency in 2007 saw the German Chancellor, who had been in office for only a little over a year, rescue the essence of the European Constitution by shepherding the Treaty of Lisbon. Now, Angela Merkel – the only European leader still around from that time – needs to show the way towards a reinvigorated and more dynamic EU. Bookending her tenure in Germany by concluding the European Convention procedure early on and now paving the way for a new, more comprehensive and inclusive constitutional process would ensure that she does not go down as “Madame Non” in European history books.

This post draws from a recent paper that was part of the Acting European? The European Union and the Weimar Triangle in the Coronavirus Crisis series?

Cornelius Adebahr is a political analyst and consultant living in Berlin, Germany. His work focuses on European foreign policy issues, transatlantic relations, and Iran. Since the end of 2000, he has been the owner of Wirtschaft am Wasserturm – Political Consultancy, Project Development, and Training. In addition, he is a non-resident fellow at Carnegie Europe in Brussels and an associate fellow of the German Council on Foreign Relations (DGAP), as well as a member of the Team Europe of the European Commission.

Photo by Ingo Joseph from Pexels

Does the UK Need the EU? An Interview With Malcolm Sawyer