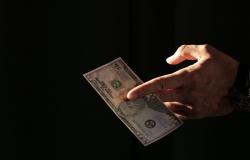 Despite almost 30 years of the global anti-corruption agenda, something is clearly not working. Preparing for this week’s special session of the General Assembly against corruption, the UN has recognized that ‘it has become increasingly clear that measures taken to prevent corruption have been insufficient’. In a new paper for the Westminster Foundation for Democracy, Heather Marquette and Franklin De Vrieze discuss why and how to do anti-corruption democratically.

Current thinking on governance, including anti-corruption, has at its heart a call to move away from unhelpful ‘best practice’ thinking that donor organisations in particular have pushed on developing countries regardless of context. This assumes that every country can ‘get to Denmark’ using the same one-size-fits-all approaches to governance reforms. While the move away from unrealistic, apolitical models of development has been an important shift in recent years, there’s a risk now that we could be shifting too far in the other direction, looping back around to a different kind of apolitical-ism, one with potential to cause harm.

There are at least three interconnected issues: why we need to stop using outliers to prove a point, why being history-blind can also lead us to being politics-blind, and why we don’t know as much as we think we do (and why that matters).

Firstly, current debates on corruption and development tend to rely on exceptions and outliers when suggesting that ‘doing development differently’ may mean ‘doing development non-democratically’. Two cases in particular often come up: China and Rwanda, where their economic successes are said to be the result – in part – of flexibility that comes from authoritarianism/non-competitive democracy, and through having the ‘right kind’ of corruption that is growth-enhancing.

Both are problematic cases to use to make this claim. Both countries have unique features that give their leadership great(er) room for manoeuvre when it comes to reforms: China’s size and its population, its natural resources, its military power and its geostrategic significance, and Rwanda’s experience of genocide and, particularly, the ways in which the international donor community has offered mostly unquestioning support and considerable amounts of aid. In other words, China and Rwanda’s economic successes can be explained more by context-specific features rather their non-conformity to old-style ‘good governance’ models. Many other non-democracies are also some of the worst performers on both corruption and development indicators. For every China, there is a DRC; for every Rwanda, there is a Haiti.

Both countries are also now showing cracks in terms of governance. Minxin Pei, for example, has written about China’s system of collusive ‘crony capitalism’ embedding (organised) criminality and entrenching elite privilege into China’s political system. While Rwanda’s success in tackling petty corruption has been widely recognised, more recently its leaders have been accused of grand corruption outside its own borders, especially in the DRC next door. Michaela Wrong chronicles this ‘looting’, quoting an expert who describes Rwanda’s DRC operations as a ‘mission’: ‘It wasn’t about personal corruption – this was a national money-making effort’. Stopping nurses from taking bribes at home while destabilising your neighbour through grand corruption and outright theft is hardly a governance success story.

Secondly, and linked to the problem of relying on outliers, research that draws on comparative historical evidence on democracy, growth and corruption tends not to factor in changes over recent decades in the global financial infrastructure that enable a massive transfer of corrupt resources offshore, or the transnational systems of professional enablers that facilitate this. Yes – countries like the United States became wealthy despite flawed (at best) democracy, but back in those days elites invested collusive profits and what they stole back into their own, national economy. Nowadays, this money is more likely to end up offshore in what the journalist and author Oliver Bullough calls ‘Moneyland’ rather than contributing to growth, inclusive or otherwise, at home.

Corrupt collusion between the public and private sectors in the early twentieth century also contributed to the rise and spread of organised crime. Now that organised crime is truly transnational and causes unthinkable harms to vulnerable people all around the world, we should be careful in applying lessons from corruption in the past to today when so much of it intersects with criminal activity.

Thirdly, we also, frankly, don’t know if anti-corruption interventions succeed or fail because we don’t have accurate measures to work with. It’s almost impossible to measure levels of corruption, which means that claims of success and failure have to be taken with a pinch of salt. In other words, when claims are made that anti-corruption approaches aren’t working because corruption keeps increasing, can we really diagnose the problem without the data? Research tells us why we need to get much more specific about types, contexts and actors when it comes to corruption, something that needs more than simple binaries or 2×2 typologies. Until we have better ways to measure (specific types of) corruption, we’re basically just speculating about what works and what doesn’t – and what ‘success’ really means.

Perhaps the real problem is that we assume anti-corruption measures aren’t effective simply because we look around us and observe that there’s still a lot of corruption despite there also being a lot of anti-corruption efforts. But it’s not like there’s a nice, self-contained bathtub full of corruption that we stir anti-corruption measures into like bubble bath. It’s more like corruption is an ocean, and there are melting ice caps out there adding more water in all the time – often thanks to things like the systems that enable illicit financial flows and changes in technology. Everywhere you look there are sharks – powerful elites in rich and poor countries alike – who benefit from the system and work hard to keep it going, often leaving a trail of victims in their wake. So we could potentially be more effective than we realise, if only we had better ways to measure this, but one way or another, we need to stop imagining any single anti-corruption intervention can stop corruption.

Not everyone working on anti-corruption will care about democracy, but for those of us who think about anti-corruption as a means rather than an end – who care about democracy, human rights and social justice in particular –  this means getting serious about ‘doing anti-corruption democratically’. Corruption undermines trust in politics and in each other. It fuels protest, populism and anger. It keeps kleptocrats in power and undermines national security. It undermines our efforts to tackle COVID-19 and will undermine our attempts to ‘build back better’. Democracies need to tackle corruption, but they also need us to get better at thinking about how to do it.

Why is this? Because there is emerging evidence that suggests the fight against corruption itself can harm democracy. This includes things like anti-corruption messaging campaigns that leave people more likely to pay a bribe and less likely to feel they’re able to do anything themselves to fight back. Or how the reporting of corruption by investigative journalists and civil society can fuel populism and backlashes against democracy. Or where the politicisation of corruption in election campaigns can weaken democracy and may even lead to rising authoritarianism, extremism or violence.

All of these are serious charges that need to be taken seriously; however it’s also important to remember that the real problem is not the anti-corruption interventions but rather the corruption and the impunity of the powerful, perceived or otherwise.

This is why it’s so important to tackle the global financial systems like tax havens, shell companies and the (mostly Western) professionals that help hide dirty money and enable kleptocrats to use these systems to ‘whitewash’ their reputations and prevent reform. Rather than wealthy countries lecturing poorer countries about corruption, while gobbling up proceeds of corruption into their own banks, real estate, private schools and universities, this is about putting an end to the systems that disempower us all.

This week’s UNGASS meeting – and the G7 and G20 meetings that follow it – present critical opportunities for these discussions to begin.

This first appeared on From Poverty to Power and was reposted with permission as the blog is under maintenance.