People Power, Populism and the Internet 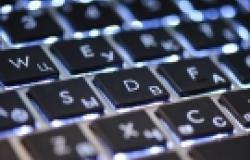 Nina Hall weighs up the power and perils of digital activism.

Donald Trump is a master Tweeter, Breitbart has been a powerful disseminator of fake news, and Trump’s campaign micro-targetted voters on social media, winning him the election. Facebook has established rules for moderating online content, and has come under fire for being a “playground for misogynists and racists.” In a time when populists are adeptly using digital media to strengthen their hand, how should international advocacy organisations use the Internet to campaign for progressive social and political change?  In the last few months I have been regularly discussing this question with a range of advocacy organizations including Transparency International, Oxfam, Amnesty International, Greenpeace, Avaaz and MoveOn.

What emerged is a critical challenge: how should progressive advocacy organisations use digital platforms to spread messages further and faster when they are being co-opted so cunningly by populist and alt-right forces? Today’s well-known advocacy organisations – Oxfam, Greenpeace, Amnesty International – developed their campaigning techniques in the pre-Internet days. Their rationale was that by drawing on their expertise and applying sustained pressure – often over years – they could shift political decisions. They used both insider (lobbying politicians) and outsider (mobilising people to protest) strategies to push for change on development, environment, human rights and social justice issues. Although these organisations have vastly different missions and histories, they all share a common model: they have a defined area of action, expertise in the cause they are fighting for, and a staff that identifies the issues and timing of their campaigns.

The Internet era has opened up new ways and platforms for civil society to mobilise. It has enabled a new kind of strategy, swift and expansive, based on the idea that mobilising enough people at key moments will drive progressive change. We have seen the rise of new tactics (on-line petitions, viral videos, Twitter storms) and also new advocacy organisations such as Avaaz which has 44 million members in 194 countries. Digital advocacy organizations can launch campaigns in an instant – sending out millions of emails encouraging members to sign a petition. Although some question whether on-line advocacy is merely ‘slacktivism’, this argument is misleading. In many cases digital actions compliment, reinforce, and enable off-line action. Campaigners for refugee rights in the UK, Australia, Austria and Ireland in 2015 used on-line petitions, facebook and twitter to mobilize people who then took to the streets to demand their government welcome refugees.

In fact, a new type of people-powered and digitally-facilitated organisation has spread worldwide. This includes MoveOn in the US, 38 Degrees in the UK, Jhatkaa in India, Campact in Germany and GetUp! in Australia. In contrast with traditional advocacy organisations, these new digital organisations determine campaigns based on what their members are interested in. They ascertain their members’ preferences by polling them regularly and testing campaign emails to see which issues, and what messaging, get the highest action rate (“A/B testing”). Their distinct advantage is that they rapidly mobilise thousands (even millions) to take action, at tipping point moments when a decision is imminent.

More established advocacy organisations are now looking to their digital counterparts and considering if and how they can learn from them. They are increasingly using email, online petitions and social media to campaign. Greenpeace, for instance, established the Mobilization Lab (“MobLab”) to lead rapid-response, digitally-based, people-powered campaigning. MobLab is now working with CIVICUS and a wide network of NGOs around the world.

A number of questions remain for established advocacy organisations and their new digital counterparts. First, should established groups be willing to share more power in decision-making with an online constituency? Second, how should advocacy organisations campaign on issues that tend to attract low public support (such as refugee rights) or issues that are too technical (such as transparent ownership of companies)? Third, what should organisations do when the people they mobilise do not have progressive preferences?

This is a significant challenge, as Tosca Bruno-van Vijfeijken, Director of Syracuse University’s Transnational NGO initiative explained: “if we want citizen agency and activism to be strengthened through digital means, then we cannot complain that it works in both political directions: that is the nature of democracy.”  38 Degrees, for instance, found its members were split on leaving the European Union. As a result, the group did not campaign for remain or leave during the 2016 referendum, a position that it has been criticised for and defended on the basis that their mission is to ‘serve a mainstream, inclusive, non-partisan campaigning community, not to privilege the views of some members over others’.

All organisations engaging in people-powered digital advocacy should look to build supporters that endorse their progressive vision. This means each organisation must define its core values and identify what it means to be progressive in its own context. This will differ across countries and for different organisations: in Germany progressives may be against free trade, while in United States they may be all for it. There will be trade-offs between narrow, more radical or niche positions and broader, more inclusive visions. Digital campaigning has become a critical tool in politics; the question is who has access to the Internet, who masters these new technologies, and whose interests they represent.

Nina Hall is a fellow at the Hertie School of Governance and Assistant Professor in International Relations at Johns Hopkins SAIS (Europe).