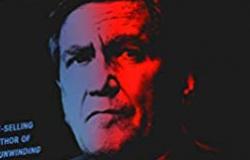 The Back Channel: A Memoir of American Diplomacy and the Case for its Renewal by William J. Burns. New York: Random House, 2019.

Our Man: Richard Holbrooke and the End of the American Century by George Packer. New York: Alfred A. Knopf, 2019.

Diplomatic memoirs encounter the same challenges as blind men who try to describe an elephant by touch for the first time.  In the parable common across Hindu, Jain, and Buddhist texts, one man concludes an elephant must be similar to a snake after feeling the trunk.  Another decides the animal is more like a tree trunk from the leg, and still another imagines some kind of fan from the ear.  Each certain of his own perception, the men come to blows.  They only resolve the conflict once they stop talking, start listening, and collaborate to “see” the elephant in its entirety.

The parable applies to US diplomats making sense of their role in the “American century,” a moniker used to describe the hegemonic ascent of the United States since the mid-twentieth century.  American diplomats held hostage in Iran in 1979 view their country’s golden hour through a different lens than those, for example, who negotiated the expansion of the North Atlantic Treaty Organization in European capitals after the Cold War.  But their inevitable subjectivity – the inability of any diplomat to tell the whole story of the American century – should not relegate biographies to irrelevance on dusty bookshelves.

Amid heated debates over the future of global order, two recent books have done a valuable service to the study of diplomacy: a professional practice with as many roles as it has metrics of effectiveness (for economic and political analyses, consular affairs, management, and crisis response).  Far more than any neat theory of international relations, personal accounts reveal the values and interests of individuals who articulated and defended the United States during an unprecedented period in world history.  In divulging their own successes and failures, two quintessential US diplomats shed light on future possibilities for the next generation.

The Personal and the Professional

Greatness, and one man’s relentless pursuit thereof, is the central question that animates George Packer’s novelesque biography, Our Man, Richard Holbrooke and the End of the American Century.  The energy, ambition, and appetites of the late Richard Holbrooke come to represent the fallible character of his country, as well as the revolving door between the State Department, Wall Street, primetime news, academia, and think tanks.  He served as a primary architect of the “foreign policy blob,” a community dismissed by the former deputy national security advisor for President Barack Obama.  Holbrooke “lets us ogle ambition in the nude,” Packer writes; he did nothing to disguise his lobbying to become secretary of state and, after the Dayton Accords, to receive the Nobel Peace Prize (both efforts failed).

An entirely different question concerns William J. Burns, the current president of the Carnegie Endowment of International Peace, in his autobiography: The Back Channel, A Memoir of American Diplomacy and the Case for Its Renewal.  Recommending a clearer diplomatic strategy and a more rigorous operational doctrine, Burns shares lessons from a thirty-three year career in the foreign service, which culminated in his appointment as deputy secretary of state, undersecretary of state for political affairs, as well as ambassador to Russia and Jordan.  Here is a career ambassador who ascended to the second-highest position in the State Department, above any rank achieved by Holbrooke, calling for the “self-awareness to be humble.”

Unique Paths in the Jungle

When read together, these books attest to the unique Weltanschauung of card-carrying members of the foreign policy establishment, wise (white) men batting on the same team at roughly the same time.  Both accounts have received rave reviews for vivid insider coverage on some of the most consequential US foreign policy decisions of the era, from Vietnam and the Balkans for Holbrooke, to the Middle East and Russia for Burns.  No fewer than seven former US secretaries of state praise Burns on the book jacket: “one of the finest US diplomats of the last half century,” according to James A. Baker III.  Mainstream media outlets from the New York Times to the Financial Times – and several prominent authors whom Holbrooke nurtured with leaks throughout his career – celebrated Our Man as a masterpiece of reporting.

Yet readers will draw distinct conclusions from the two books, not just in terms of the style and conduct of diplomacy as a profession, but more broadly on the role of the United States in the world.  Both careers transpire at the high table of diplomacy, their protagonists’ mettle forged through bureaucratic setbacks and high-profile policy disagreements.  (Neither Africa nor Latin America feature once in Holbrooke’s 600-page biography; Burns mentions the two regions five times in 500 pages.)  But their paths diverge, not due to political partisanship or any academic theory, but simply because of the unique character of the two men.

Holbrooke’s sharp elbows with colleagues and voracious appetites for speed and power (and women) rarely conformed to what Burns prescribes as crucial characteristics of “effective diplomats,” namely: discipline, balance, and judgment.  Time and again in Packer’s biography, Holbrooke settles scores and self-promotes, from his first job as an entry-level diplomat in rural Vietnam (he served seven years in the foreign service) to his last political appointment as President Obama’s Special Representative for Afghanistan and Pakistan (AF-PAK).  Burns compares diplomats to gardeners, “always alert to the need to prune, weed, and preempt problems,” borrowing the idea from the statesmen George Kennan and George Schultz.  It is easy to picture Holbrooke sneering at that metaphor, if not responding with one of his favorite put-downs: “typical foreign service officer.”

The US invasion of Iraq casts the two men in sharp relief.  Then serving as assistant secretary of state for Near Eastern Affairs (the geographic bureau responsible for Iraq), Burns countered the “recklessly rosy assumptions of the Bush administration” with a widely circulated memo called the “Perfect Storm.”  He cautioned against the US invasion by citing the dangers of deep sectarian conflict, institutional collapse, and regional instability.  With remarkable candor, Burns reflects in his memoir: “Having tried to highlight all the things that could go wrong, all the unanswered strategic and practical questions, and all the flaws in going it alone, why didn’t I go to the mat in my opposition or quit?...I still find my own answer garbled and unsatisfying.”  He acknowledges the personal and professional variables that informed his calculus, including the “conceit we could still help avoid even worse policy blunders from within the system than from outside it.”

Holbrooke, on the other hand, suffered a well-paid exile from public service on Wall Street during the Bush administration.  But he also went out of his way to support the US invasion – in a region of the world where he had no expertise.  As Congress debated a war resolution on Iraq, Holbrooke told John Kerry he needed to support the invasion to become a viable presidential candidate.  Holbrooke, the former US ambassador to the United Nations, described the UN’s support of the US invasion as “desirable but not necessary” in testimony before the Senate Foreign Relations Committee.  The US government’s (failed) attempts at counter-insurgency and nation-building in Vietnam haunted Holbrooke for his entire career, to the point he exasperated President Obama by drawing regular comparisons in the White House Situation Room.  But Vietnam had also “taught him again and again that a soft Democrat was politically doomed,” and US domestic politics took precedent.

The Iraq war proceeded (from 2003 until the present), Kerry lost the presidential election despite supporting the US invasion, and Holbrooke continued to earn several million dollars per year on Wall Street from banking, boards, and speeches.  In an otherwise sympathetic portrait of Holbrooke, Packer concludes: “a whole class of people in Washington and New York sent other peoples’ children to fight in Afghanistan and Iraq while they found ways to get rich.”  Years later, when a young foreign service officer stationed in Afghanistan asked Holbrooke “about our other war, Iraq,” President Obama’s AF-PAK envoy tersely responded: “I see no need to go to Iraq.”  Burns disagreed, and he visited Iraq several times before resigning in 2014.

Burns and Holbrooke, two titans of US diplomacy, exemplified unique strengths and limitations of an American century during their respective careers.  Their successors would be wise to learn from their legacies.

David Bargueño is a US foreign service officer and Global Governance Futures 2030 Fellow.  The views expressed here are his own; the US government in no way endorses these views.