Why Globalization was Not the End of State Power 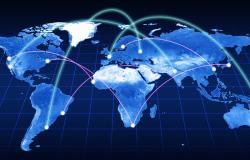 The ongoing transformation of the liberal world order is also changing the face of the global economy rapidly: economic nationalism, a comeback of mercantilist practices, the trade wars affecting not only the US and China and gloomy perspectives of a new recession are just the latest signs. While some observers interpret this as the definite end of globalization, current research suggests a slightly different version of the future: the economic ties forged through globalization might not be deepening, but they are already being weaponized by strong states. In a similar vein, the existing global interdependencies will increasingly be used as instruments of power by actors who seek to control those capital and information flows rather than unwinding them. Hence, where economic globalization created cross-border ties and flows of goods, services, capital and ownership, states are increasingly seeking to occupy the control centers of those ties by becoming themselves their owners, regulators or gatekeepers.

This new role of states has severe consequences for international politics: states, who were long deemed the “losers” of globalization, are suddenly being catapulted back into the commanding heights of a fragmenting world economy. But they are not coming back as the old sovereigns controlling their own territorially bounded economy. Rather, the new powers of states that cross borders and continents are based on the existing economic interdependencies built during the era of neoliberal globalization. Perhaps the most visible field where this is happening is transnational state ownership: states act as large-scale, cross-border equity-owners in the global economy.

According to our research at the University of Amsterdam, this state grip on foreign assets represents up to 10% of total state ownership in the global economy. Beyond this economic role, owning equity in another jurisdiction puts the owning state in an attractive power position and often causes concerns in the invested states.  When Russian state-owned Rosneft took over Indian Essar Oil in 2017, the West-Indian Vadinar port in the Golf of Kutch was part of the deal, which caused Indian security agencies to red-flag the deal due to the port’s strategic proximity to Pakistan. As a consequence of such developments, governments are now becoming more hostile towards foreign state investment (especially Chinese) as discussed counter measure plans from Germany and the US illustrate. And the current wave of criticism concerning the Belt and Road “debt trap” allegations take these concerns of foreign state interference global.

But how did nation states end up in these new positions of power? It most certainly did not happen overnight, since this rise of states as owners in the global economy is very much a story of economic globalization itself. During the worldwide privatization waves of the 1990s, old, inflexible and mainly domestically active SOEs were not only sold off, but in many cases transformed: state-owned firms were often privatized only partially, allowing private investors to bring in liquidity, but also know-how and innovation. In some cases, the state remained only a minority shareholder, but with a veto right through so-called “golden shares”. A variety of processes thus transformed the “Leviathan” into a shareholder, which was in line with the corporate governance practices of neoliberal globalization that swept the world in the 1990s and early 2000s. States like China, Russia or Brazil successfully adapted these strategies of transformation and soon steered flagship multinationals like Huawei, Gazprom or Petrobras that were sometimes more, sometimes less state-owned or state-directed.

These transformations towards economic modernization and adaptation to global corporate governance norms notwithstanding, states still remained in control of the process of transnationalization. In the case of SOEs, even not officially state-owned firms like Huawei are effectively state-controlled and other investment vehicles like Sovereign Wealth Funds (SWFs) are also fully-owned instruments of the owning state. Thus, while neoliberal globalization opened up the global spaces for state capital to thrive, it did not entirely cut its ties to the owning states. In times of turning tides in international politics, these ties grant states new powers that are by now already at the center of international conflict.

Breaking with yet another common expectation about globalization, the rise of transnational state capital did not lead to a convergence of states’ adaptation strategies. As we show in a recent publication, different states use different strategies and pathways of entering this transnational space. Large owners like China and Norway adapt almost contrary strategies: while Chinese foreign state ownership is almost exclusively focused on acquiring large stakes or often whole companies outside its borders, Norwegian investment is almost entirely restricted to small-stake portfolio investment in large public companies that secures a relatively steady flow of financial revenues. One could see the Chinese strategy as a part of the country’s broader “going global”-agenda; and the Norwegian strategy as a means of securing income for future generations profiting from the current oil extraction revenues.

In both cases, states decide to use the structures and possibilities of a globalized economy for their respective goals and, to a certain extent, instrumentalize these structures. It is however clear that the Chinese strategy is more likely to have geopolitical and security-related repercussions. The acquisition of entire firms or the set-up of wholly-owned subsidiaries comes with a great deal of control over these firms. This also has consequences for the host country: states that control firms can extract knowledge and resources and also directly influence the markets and industries they are competing in. Furthermore, political leverage is also at play as the mentioned case of the Vadinar port shows. In short, controlling ties of state capital have direct repercussions for international politics and are likely to play a central role in the looming new global rivalries and conflicts.

States, markets and the future of globalization

For a very long time, political economists and commentators have used the concepts of “states” and “markets” as categories wrestling with each other for supremacy throughout modern history. Globalization was then often described as the (temporal) supremacy of markets over state sovereignty. In the same manner, the current nationalist pushbacks against globalization could be interpreted as the re-installment of state power over markets. But from the perspective sketched here, this is not a very accurate description. Rather, state power today heavily relies on the ties that globalization created. The case of transnational state investment ties illustrates this: by becoming owners in (foreign) firms, some states put themselves in power positions that they would otherwise not have, for example within the global network of transnational state capital.

While emphasizing state power through globalization, the other side of the coin should not be talked down. State power as described here is only possible if companies exist that either can be acquired, invested in or set up as subsidiaries cross-border. Furthermore, large companies like Huawei or Apple are at the heart of recent disputes in global affairs and will continue playing a crucial role here. The alleged dawn of globalization should thus be understood in a nuanced way: not as an abrupt end, but as a transformation of global power relations in which states, corporations and institutions use each other in order to shape the coming world order.

Milan Babic is a PhD candidate at the Amsterdam Institute for Social Science Research (AISSR). Milan’s work is focused on the politics of transnational state capital and its consequences for global power relations. He tweets at @mbabic_1.