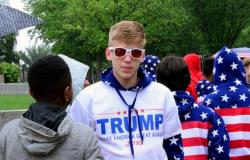 Marion Labouré and Juergen Braunstein examine the structural drivers of recent turns towards populist and extremist politics, and offer Sweden as a role model.

The recent Brexit vote, as well as high uncertainty around a number of upcoming elections (e.g., the 2016 US and 2017 French presidential elections), are only symptoms of a larger underlying problem. Voting for populist and extremist campaigns is a mean of expressing discontent with the status quo, but with far reaching implications. We believe there is a critical urgency to refocus the debate back to the structural drivers behind this international phenomenon.

For a large part of the population in Western countries the current economic situation is characterized by increasing inequality, job-insecurity, and income disparity. This stands in strong contrast to what our parents and grandparents have experienced. Few decades ago, the majorities of citizens’ residents in advanced economies thought that their children will be wealthier and better off than themselves. Until the financial crisis, the majority of households in Western countries had benefited from strong economic growth and sustained employment. Specifically, the baby boomer generation had not only benefited from increasing revenue but also from social benefits.

Over the last decade, the income of the middle class, which represents the largest share of the population in developed countries, has stagnated or declined. The financial crisis has been global and the current political environment does not seem to suggest a significant improvement. Other structural factors have put additional pressure on these developments including demographic and labor market pressures, combined with fiscal problems.

Since 2008 purchasing power has significantly slowed down. The share of the population in advanced economies with stagnant or declining income has increased significantly over recent years. Detailed McKinsey household surveys data from more than 25 advanced economies show that between 1993 and 2005 98% of household incomes have increased in the 25 countries studied. Between 2005 and 2014, only a third of households have seen their incomes rise, while two thirds saw their incomes stagnate or decline. Moreover, the figures differ significantly across countries. For instance, citizens who have seen the share of their income grow between 2005 and 2014 were “only” 37% in France, 30% in UK, 19% in the United States, and 3% in Italy, contrasting with 80% in Sweden. The study confirms that the (relative) “losers” were the people in the lower and middle parts of rich countries’ income distributions while the “winners” were the global top 1%. Alongside this, long-term structural trends have also played a considerable role.

The labor market in advanced economies has evolved with lower demand for low or medium skilled employees. This is partly explained by the rise of technology and by the fact that some mobile units may be relocated abroad with abundant and cheap labour. The few employees or medium-skilled workers have faced stagnant or decreasing wages over the past decade, while highly skilled workers tended to see their wages increase. Together the global recession and structural trends have had a direct impact on the sharp slowdown in revenue growth.

Another factor which puts pressure on national accounts and severely limits the ability of governments to continue increasing (if not ensuring the current level) of social benefits and transfers refers to demographics. The demographic structure has changed significantly. The developed economies face a growing aging population, due to increased life expectancy and low fertility. This result in a reduction in the number of people of working age (and therefore less revenue to fund the system) combined with a higher number of benefits to be paid (i.e. an increase in spending). The aging population is also accompanied by an increase in health spending.

Inequalities between countries are narrowing while widening within countries. In his book Capital in the Twenty-First Century, Piketty highlights that 1% of Americans now have 20% of total annual revenue in the United States, and this number has especially increased in forty years. Similar trend can be observed in other OECD countries. At the same time the differences between developed and emerging countries became less nuanced because of outstanding economic progress.

A combination of technological advances together with a benevolent international trade and investment environment made economic activity increasingly dispersed globally across production networks. While this has helped to reduce inequalities between countries, it significantly contributed to increase inequality among the population within countries.

Reversing this wage stagnation can be done primarily via job creation and supporting workforce at risk. First, reviving economic growth and creating a favorable business environment would enhance job creation. Specifically, removing barriers to competition, encouraging public and private investment, as well as stimulating innovation would support this activity.

Also, supporting workforce at risk is crucial. Governmental programs should focus more on categories such as young people, women or workers between 55 and 64. These programs could include, for instance, a professionalization of education in order to have a better match between education and the skills required by companies (for example by encouraging work-linked training, sandwich courses, apprenticeships) or a support of labor mobility.

This is what the Swedish government, a country in which 80% of households increased their income between 2005 and 2014, did. The government reformed its system mainly as a consequence of the crisis in the early 1990s. Reforms include the reduction of taxes on capital income and labor to encourage work and investment, the flexibility of the pension system, in particular by modulating pensions by revenue and deregulation, privatization as well as measures to strengthen competition.

Marion Labouré is an economist with a passion for macroeconomic policy, public finance, monetary policy and politics. She is currently a Visiting Scholar at Harvard University in the Economics Department. She earned a PhD in Economics from the Ecole Normale Superieure and a MSc in Economics from the London School of Economics. Juergen Braunstein is a Senior Associate with LSE Enterprise and an affiliate with SovereigNet at the Fletcher School (Boston). Currently he is working with LSE and the New Climate Economy on a project on financing green infrastructure in urban spaces. He was awarded his PhD in Public Policy and Administration at the LSE Department of Government in 2016. This post first appeared on the LSE's Euro Crisis in the Press blog.

Is the Charter Cities Moment Here?