Which Developing Countries have managed to Reduce Income Inequality and Why? 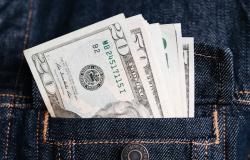 Duncan summarises the findings of new research into developing countries that have managed to reduce income inequality.

The wheels of academia grind slowly, but eventually grind out some fascinating stuff. Five years ago, I was involved in a series of conversations about the need for research on the history of redistribution in developing countries. What can we learn from low/middle income countries that have actually managed to reduce inequality (a bit like Ha-Joon Chang’s work on trade policy in Kicking Away the Ladder)?

The newly formed LSE Inequalities Institute were interested and some research got under way, led by Rebecca Simson. And now, five years on (fanfare!) she and Mike Savage have a paper in Third World Quarterly.

Unfortunately it’s gated, so no-one outside a university will ever read it, and I try never to link to them. Luckily, Rebecca published a Working Paper (open access) on her work in 2018, which covers the same ground. Here’s the highlights:

What the study covers:

‘The study will focus on episodes of inequality decline in the period since 1980, when income inequality is thought to have been stagnant or rising across most of the developed world. As argued by Branko Milanovic, Walter Scheidel and many others, the postwar economic ‘golden age’ (c.1950-1980) was characterised by falling inequality across countries throughout the world and underpinned by a global development paradigm and economic system that enabled redistributive policies. Our interest is in inequality changes since the end of this period. Furthermore, when discussing case study choices, we are focusing on income inequality decline under conditions of rising per capita income, rather than crisis-induced inequality decline that left everyone worse off.

This paper identifies 27 developing countries, roughly half of which are in Latin America, that have seen a sustained decline in the gini of more than 3 percentage points in the past two decades. In an additional 47 countries we found no inequality trend or the data proved too unreliable to make an informed judgement. Only 12 countries showed a robust increase in inequality. Through a review of secondary literature, this paper explores some of the proximate drivers of these inequality dynamics in 17 countries where inequality has declined, highlighting both economic and political forces.’

[The paper identifies] ‘four clusters of countries with similar initial conditions or drivers of change.

The Latin American cases are an obvious country cluster, given the clear region-wide decline in inequality starting in the 2000s. The secondary literature suggests that many of the same forces were at work across the region: strong growth in demand for low-skilled labour improved employment conditions for the poorest; educational expansion in the 1980s and 1990s coupled with changing demand for skills brought down the returns to education and thus labour income inequality; and new and enlarged social transfer systems improved the incomes of the very poor. Inequality declines followed a period of increased democratic contestation and a political backlash against the economic reforms and poor economic performance in the 1980s and 90s. There is variation however, in intensity of inequality decline across countries. The degree of state intervention in labour markets has also differed, as have the types and size of transfer programmes. While most countries pursued a similar basket of policies, these were nonetheless conditioned by individual country histories and institutional structures, and driven by local social movements for change.

A second country cluster includes Iran, Tunisia and Algeria, three countries led by repressive, authoritarian regimes and characterized by considerable state intervention in the economy and active government-led redistribution. Political power was centralised and relatively stable over the period under review. A closer look at these cases, however, shows inequality decline to have been relatively modest and limited to short spurts. Nonetheless, it is noteworthy that none experienced a sharp increase in inequality during the periods of economic liberalization, possibly because they were able to retain relatively progressive fiscal policies throughout the period. In the case of Iran, the 2010 cash transfer programme proved strongly inequality reducing, although its sustainability remains in question.

The third group combines five West African countries (Burkina Faso, Guinea, Mali, Mauritania and Niger) and Cambodia. All are agrarian societies, with food production in the hands of poor, rural small-holder producers. These countries experienced a noteworthy reduction in inequality in the past decade (largely since c.2005), driven primarily by favourable rural terms of trade. High food prices, particularly for staples such as rice, and favourable conditions for cotton and some cash crops, increased the incomes of rural producers and penalized non-farm workers, which narrowed the rural-urban gap. Policies may also have helped, but global economic swings are probably the main inequality driver in these countries.

The remaining two countries, Thailand and Malaysia, are more idiosyncratic. Malaysia’s inequality decline is confined to the late 1970s and early 1980s, when, in response to race riots, the government introduced an affirmative action programme designed to benefit ethnic Malays. It provides an interesting case where political imperatives to tackle horizontal inequalities also helped to reduce vertical ones. In Thailand in contrast, inequality rose to unusually high levels in the early 1990s, rivalling those in Latin America. While there has been some reduction in inequality since, the country has been locked in a political crisis since the early 2000s, pitted partly along class lines. So far the old political establishment has succeeded in thwarting the rule of democratically elected populists through successive coups. Both countries had unusually high inequality by Asian standards in the pre-decline period. In the case of Thailand there are some interesting parallels with Latin America; inequality fell following an extreme spike in the 1990s, while democratic contestation has ebbed and flowed over the past decades.

Looking across regions also reveals some cross-cutting themes. Most of the case study countries had comparatively high levels of income inequality prior to the inequality decline. Latin America is frequently deemed to have the highest levels of inequality in the world, while Thailand, Malaysia and pre-revolution Iran had unusually high inequality relative to their regional peers. Interestingly, most of these countries had limited involvement in the First and Second World Wars, which may help to explain their high inequality in the postwar era. These cases may therefore shed light on the political limits to inequality escalation. When inequality in Latin America rose to new heights in the 1990s, it appears to have triggered a sufficiently strong political backlash to reverse some of the most egregious social costs of neoliberal reforms. The same might be said for Thailand and Malaysia, and possibly prerevolution Iran. Are these cases evidence of the restraining (political) forces that kick into gear once countries reach an inequality frontier?

Economic, and largely exogenous, conditions played some role in bringing down inequality in most of the countries. Rising commodity prices, which increased rural labour demand, was particularly relevant in the African cases, as well as in Cambodia and to a lesser extent Thailand. Favourable commodity prices are also thought to have enabled an expansion of transfer programmes targeting poor households in Latin America. Concurrently, falling skills premia, driven by educational expansion and changing sectors of growth, are thought to have been particularly important for explaining inequality trends in Latin America and Asia.

Yet with the possible exception of West Africa, in all other regions there was also an active political discourse around redistribution and policy reforms that explicitly sought to ameliorate or reverse some of the inequality gains in the preceding decades. In Latin America, Tunisia, Iran, Thailand and Malaysia for instance, new political movements actively used a discourse of inequality to galvanize support for reform and politicians justified their actions on inequality reduction grounds.

Among most of the countries highlighted in this study, policy reforms were largely within the confines of an internationally-sanctioned economic framework. Most countries continued to pursue macroeconomic stability, few sought to increase state involvement in productive sectors or raise taxation levels dramatically, and most of the redistribute reforms and investments in education and basic social safety nets had the blessing of the World Bank and other international organisations. A remaining question is whether these, arguably modest, reforms have already run their course.’

Really interesting, and I think the findings pose really good challenges to conventional narratives on inequality from both the Left and Right – looking forward to your comments!