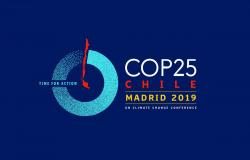 As diplomats meet in Madrid for COP-25, Martha Molfetas argues that its time to put our money where our mouths are.

You can see the writing on the sea walls – climate change is already here. In fact, it’s happening faster than anticipated with severe consequences for us all. It’s time to start calling it ‘climate chaos’ or a ‘climate emergency’, because the words ‘climate change’ and ‘global warming’ have done little to rally the political will to act on the largest existential crisis facing humanity for the last 30 years.

While we are busy setting the Earth on fire, we are also destroying the ecosystems we rely on for: food, clean water, medicines, and civilization itself. The UN’s biodiversity report this year should serve as a stark warning and call to action. We are witnessing the single greatest mass extinction event in history, and we will likely be next. As diplomats meet in Madrid for COP-25, there’s no time like the present to increase ambition on all fronts. We need to up the ante on climate action now, or face great peril and the potential loss of human civilization as we know it.

Simultaneously, countries around the globe are still recovering from the Great Recession’s massive job and wage losses, and rising income inequality. We can and must rise to the occasion. We can build the green economy we need for a just transition, while retraining and creating hundreds of thousands of clean energy jobs, climate mitigation and adaptation jobs, resource management jobs, land stewardship jobs, and recycling jobs. Green jobs that can propel us towards a future where we are no longer the cause of mass destruction, but mass revitalization.

The Paris Agreement was an amazing start. It allowed countries to set their own commitments to cut emissions and build in climate resiliency as appropriate to their unique risks and opportunities. But if we just reach the current Paris Agreement Nationally Determined Contributions (NDCs), we will not save the world from ourselves. The global community needs to go beyond these commitments and achieve zero carbon emissions by 2030. Anything less than that will set us all up for disaster. For visuals of what that would be like, think ‘Mad Max’ meets the story of Atlantis.

It probably seems insurmountable and unrealistic to shift our entire energy paradigm inside a decade, but this is the price we have to pay for our procrastination. Since the late 1980s and early 1990s, scientists have been ringing alarm bells onto deaf ears. The cost of doing nothing, the cost of continuing to fund and buttress fossil fuels, of not building in adaptation and resiliency strategies, will all result in far greater financial costs – not to mention the mass loss of human life and the ecosystems we rely on. If we do nothing, the cost of devastating climate-fueled disasters, like: sea level rise, unending wildfire seasons, drought, and more intense storms could cost us as much as $7.9 trillion by 2050, globally. Instead, we could pay a fraction of that to invest in climate mitigation and adaptation measures that can protect communities. The Global Commission on Adaptation estimates that we need to invest $1.8 billion globally by 2030 to protect ourselves from climate impacts by-way of mangrove protection, infrastructure, and other climate-sensitive initiatives. An extra bonus: that $1.8 billion investment over ten years would create $7.1 trillion in economic benefits.

It just makes sense to invest in climate mitigation and adaptation, but why are we still financing the primary culprit for our current predicament? Despite being well aware of climate change and its cause, the global community is funding fossil fuels through subsidies reaching $5.2 trillion each year, according to the IMF. Instead of continuing to finance our own destruction, we could pivot those public funds towards clean energy and climate mitigation and adaptation initiatives.

For comparison, clean energy like wind and solar received just $75 billion in government subsidies over the last decade here in the US. When it comes to jobs – solar and wind create three-times more jobs than the fossil fuel industry in the US, employing 3.3 million Americans – all without the extensive government subsidies.

Between the boom in good jobs and the reduced environmental impacts – it’s clear that it’s time for us to put our money where our mouths are. We need a Global Green New Deal, yesterday. A Global Green New Deal would commit us all as a global community to not just pledge to cut nominal emissions by mid-century, but to drastically overhaul our energy and development matrixes to create a more just, economically viable, and sustainable world for ourselves and future generations. The clock is ticking.