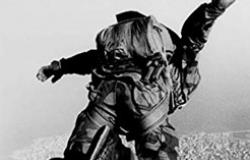 In a novel and thoughtful manner, Schulhofer-Wohl places the issue of prolongation of civil wars within the framework of non-cooperative game theory and addresses it through the concept of quagmire. The actors of this game are not only the internal warring parties, but also their foreign backers, whose role is crucial to produce the quagmire. The rationales of the resulting multilayered decision making are both structural and short-term, the latter depicted as made of economic or territorial opportunities.

The quagmire is assessed as resulting from “multiple sets of interactions between contending factions and foreign backers”. The author points out two examples of “mechanisms leading to quagmire: foreign assistance as a subsidy to belligerents and the substitution between types of fighting (territorial conquest vs non-territorial terror, for instance) that can occur once that subsidy is in place”. The Lebanon civil war is used as a main case for demonstrating such mechanisms.

The model developed to capture the concept of quagmire describes an interaction between belligerents, each of which has a potential backer. Without backers the game admits some Nash equilibrium depending on the relative costs of high and low engagement. With backers, however, who decide the amount of their contributions prior to the war phase but contingent on the waging of the war, it becomes clear that outcomes involving a war dragging on are more likely than in the previous situation, and this precisely what is meant by quagmire.

One belligerent becomes entrapped, unresponsive to its opponents’ war-fighting strategies and continues fighting past the point at which such fighting can generate strategic gains. For them, “the costs of fighting exceed the expected benefits, but withdrawing will increase rather than avert those net costs”. This costs vs stakes analysis at local and international level is used in the book to assess why the Lebanon and Chad civil wars had become quagmires, and why the Yemeni civil war of 1994 had not. The quagmire model assumes complete information between the four actors, and a single interaction (a given moment of the war) rather than repeated actions over time.

The proposed model assumes then that the stakes of the backers are known by the belligerents. It follows that the model cannot shed insight into the “meddling” of the backers nor on alliance changes, substitution of strategies etc., in a context where uncertainty prevails about the true stakes of the backers, at least as represented by warring sides. Considering such factors would necessitate a more complex game with incomplete information to assess quagmires.

A typical more complex example is the Syrian conflict, to which the author devotes most of the concluding chapter, without addressing it analytically in the book but providing elsewhere an extensive literature on it. He uses his findings from other cases mainly to state that the Obama administration’s “inconsistent” policy had contributed to transform the Syrian conflict into a quagmire.

However, the application of his quagmire model to the Syrian civil war challenges his theory per se.  Clearly, the involvement of the backers of the “belligerents” is very significant. But the game is much more complex than the proposed model since it involved cooperative and non-cooperative interactions and multiple backers supporting each side, as well as incomplete information regarding the real stakes of the players, especially the non-locals. One could wonder whether the backers of the government – i.e. mainly Iran and Russia – have the same stakes and do not have, on their side, competitive choices that led them to be entrapped in the conflict, in addition to their competition with the backers of the opposition. Similarly, on the opposing side, the backers of the opposition have their own conflicting agendas, for example, between Qatar and Saudi Arabia per example, or between Turkey, France and the USA. Isn’t it in fact these intra one-side conflicts that played a major role in leading to the quagmire?

On the level of local belligerents, such intra one-side conflicts also played a strong role. The division of the armed opposition and the gradual change of its leading factions, as depicted in other publications of Schulhofer-Wohl (1), make it difficult to assess their behavior in terms of decision making on the basis of costs and stakes. The belligerents opposing the government were never united, and many, such as the ISIS, Al Qaeda and the PKK have their proper costs/stakes variables and backers. The same applies for pro-government forces and their backers. Also, the emergence of ISIS in the Syrian game, able to play within complex local and regional interactions, had driven most actors to a quagmire.

It is mainly Turkey and Iran which were dragged into this quagmire. These two countries were fighting through proxies on the Syrian ground, while they were strongly collaborating in other matters. One could then wonder if it was not precisely the intent of other major international players/backers to bring them to such a situation?

If single moments are of interest, one could be interested in questioning why the presidential/power system in Syria went to a quagmire in April 2011? Also, why was it that the June-August 2012 episode, the international agreement of “Geneva 1”, the failed unified opposition platform, and the assassination of the “security cell” were followed by the transformation of the nature of the conflict from an uprising to a fully-fledged “liberation” war?

The model in the book can be criticized for similar reasons even in the case of Lebanon, which is discussed at length. Wasn’t it the change of alliance between a belligerent (the Palestinians and the leftist combatants) and their backers (Syria) in 1976 that led to a quagmire? And wasn’t it the Israeli intervention in 1982 which realigned coalitions and brought in other players, i.e. Iran and Hezbollah, that introduced a second situation of quagmire?

Civil wars are in essence dynamic processes, throughout which it is certainly interesting to analyze individual actors’ decision making at particular moments, and how they might lead to a bifurcation changing the rules of the game. However, the common notion of quagmire resides less in why such decisions are taken at a certain moment than in the complex dynamics that such decisions spark to produce a quagmire. The missing time dimension is essential.  Even in the author‘s simple model, a past high cost has an impact on the decision making, rendering withdrawing impossible.

The backers evolve in a geopolitical world and their cost/stake assessment cannot be reduced to a simple subsidy or credible commitment issue. Asymmetrical incomplete information is also essential in producing quagmires. In the analyzed civil wars, to what extent do the belligerents on the ground have a clear picture of what is at stake for their backers, or of the nature of the competition on stakes between them, and how the stakes evolve with the international situation? Since Machiavelli, it is well known that conflicts and geopolitics have a large component of misperception and deception, placing quagmires in the field of hypergames, when one (or more) player(s) does not know or fully understand all the strategies of a game (2).

Dr. Samir Aita is President of the Cercle des Economistes Arabes in Paris, France (http://www.economistes-arabes.org/). He teaches on the economies of Arab countries at the Sorbonne and Dauphine Universities, and he is a consultant to several UN agencies.

1) How the US fragmented Syria’s rebels, Sept. 25, 2014, https://souriahouria.com/how-the-u-s-fragmented-syrias-rebels-by-jonah-schulhofer-wohl/

Book Review - Aid and Technical Cooperation as a Foreign Policy Tool for Emerging Donors: The Case of Brazil