A tale of two COPs (and two cities): Why COP27 on Climate Change and COP15 on Biodiversity matter for one another 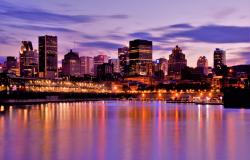 Idil Boran, in Toronto, argues that delegates at COP15 should take lessons from the climate change process to secure a strong agreement that is based on science and inclusive of people’s needs and voices.

The 15th Conference of the Parties (COP15) to the Convention on Biological Diversity (CBD) has opened on 7 December, 2022 in Montreal, a city in the Canadian province of Quebec, after over two years of delay. Nearly 20,000 delegates are expected to attend. This key meeting takes place just weeks after COP27 to the United Nations Framework Convention on Biodiversity (UNFCCC). Some observers who attended COP27 Sharm El Sheikh have just unpacked their luggages only to pack again to go to Montreal for COP15. They also had to swap the summer clothes and sunscreens, indispensable to protect from the burning sun of South Sinai, to thermal clothing needed to protect them from frostbite while queuing to get to the COP15 venue.

Although the two COPs are part of two distinct intergovernmental processes - one on climate change and the other on biodiversity - they are also interrelated. This is why comparisons are frequently made between what is at stake at COP15 and the 2015 climate change conference that took place in Paris and that gave rise to the Paris Agreement. Recently, the architects of the Paris Agreement have issued a statement  linking the two processes and making recommendations for COP15 based on their experiences. Direct connections are also being made between COP 27 and COP15. It is important to understand the interrelation between the two COPs, while recognizing that they are two distinct processes with their own distinct goals and challenges.

This primer sets the stage for contextualizing COP15 in this broader context. It can help observers follow COP15 finding the connections between the global talks on biodiversity and climate crises without blurring the lines.

From Sharm El Sheikh to Montreal

Sharm El Sheikh matters for COP15 also because it is the location where the previous conference for biodiversity took place. After over two years of delay since COP14 in Sharm El Sheikh, COP15 is now taking place in Montreal. Canada stepped up to provide the location to ensure that the conference takes place within 2022 and to avoid further delays.

The presidency of COP15 is held by China. The conference was originally set to take place in Kunming, China. The first part of COP15 was held in October 2021 in Kunming. It was mainly a ceremonial meeting. Part two of COP15 in Montreal is where the negotiations to reach an agreement on the Post-2020 Global Biodiversity Framework are taking place.

The hosts of Conference of the Parties (COP) play a crucial role, both in the climate and the biodiversity processes. Each COP is run by a COP presidency team formed by the host country. The host country has therefore considerable influence; it has control over setting the agenda and steering the negotiations toward an outcome.

Changes in locations are not unknown to these conferences. There are precedents in climate change COPs where the location had to be different than the host country. In 2017 COP23 was held in Bonn under the Fiji presidency. In 2019, COP25 was moved to Madrid due to social unrest in Santiago, Chile, the city where the conference was originally scheduled to take place. COP25 was held in Madrid under the Chilean presidency.

The CBD has three overarching objectives: (1) the conservation of biological diversity; (2) the sustainable use of its components; and (3) the fair and equitable sharing of the benefits arising out of the utilization of genetic resources.

Overall, COP15 is crucial for the planet and people. There has been no progress made on any of the previous biodiversity targets (Aichi targets agreed in 2010). A successful COP15 would yield a strong agreement that is based on science and inclusive of people’s needs and voices who stand to benefit from a strong biodiversity framework.

Idil Boran is professor of applied environmental governance and faculty fellow at the Dahdaleh Institute for Global Health Research at York University, in Toronto, Canada. At York University. Professor Boran serves as Associate Director of CIFAL York, a leadership training centre affiliated with the United Nations Institute for Training and Research (UNITAR). She also holds an external affiliation as a non-resident associate researcher with the German Institute of Development and Sustainability (IDOS). Professor Boran’s research focuses on global environmental multilateralism and the mobilization of cities, regions, businesses, and civil society organizations for action in the nexus of climate, biodiversity, and health. With 10 years of experience at the UN Climate Change meetings as an observer, Professor Boran has attended COP27 Sharm El Sheikh as York University’s head of delegation and is attending COP15 as the lead of a team of correspondents from York University for Global Policy.

Towards a transformative governance of the Amazon