Book Review – The Logic of Financial Nationalism: The Challenges of Cooperation and the Role of International Law 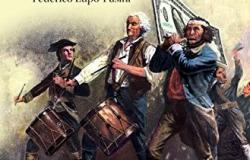 In this timely book, Federico Lupo-Pasini provides an insightful analysis of the role of international law in the pursuit and maintenance of global financial stability. In doing so, he understands financial stability as a global public good to be promoted and protected at all levels of governance. However, he remarks that despite the valuable reforms implemented in the aftermath of the global financial crisis of 2007-2009, there is still a trade-off between national interests and the stability of the global financial system. In this state of affairs the maximisation of national interests through domestic policies prevails over cooperative and global solutions. Lupo-Pasini defines this situation as the ‘logic of financial nationalism’ and devotes his book to examining the possible avenues of balancing this trade-off from a strict legal perspective, based on binding international law.

The book, which draws partially on the author’s PhD dissertation, represents a valuable contribution to the literature on international economic law. In particular, the book contributes to the academic and policymaking debates on the quest for binding international financial law in an era of globalised and integrated financial markets. Hence, the text can be appreciated by scholars, policy makers and students in the field.

The book is enjoyable and well written, demonstrating the author’s expertise on the topic, and combining legal theory with the analysis of practical case studies. It is divided into three parts, with a total of ten chapters, beginning with the claim that financial nationalism is an inefficient regulatory strategy in the long term (p. 3).

The second part of the book is devoted to the analysis of case studies on the logic of financial nationalism over four distinctive chapters. Chapter 3 examines the model of ‘home-country’ arrangements, whereby the jurisdiction in which the ‘parent bank’ is located leads the regulation and supervision of the financial group and the jurisdiction wherein the branches or subsidiaries are located assume a subordinated role in these matters. The author concludes the chapter by remarking that notwithstanding the benefits of this model for financial integration, it poses a risk for global financial stability due to the dangerous asymmetry of power between the home authorities and the host authorities. Chapter 4 deals with the challenging issues concerning international policy coordination on cross-border bank resolution matters. It focuses specially on insolvency, bailout and bail-in as key crisis resolution tools. The author remarks that cooperation failures in cross-border bank resolution are not new and he provides a brief historical recount thereof. He also highlights the post-GFC improvements at the European level and the key role undertaken by the Financial Stability Board as coordinator of the development of an international regulatory framework for bank resolution.

Chapter 5 discusses the international coordination problems concerning sovereign debt defaults and restructurings. The author closes the chapter by stating that:

International law could eliminate the risks of forum-shopping and allow an efficient restructuring that would put the sovereign back on its feet. The adoption of a multilateral sovereign debt-restructuring mechanism with a sovereign bankruptcy court could address the organization problems currently faced by creditors during a restructuring, and also replace national courts as the only avenues for creditor’s litigation. (p. 149)

Chapter 6 studies the issues that regulatory convergence poses for derivatives regulation with special attention to the over-the-counter derivatives market and the supervision of central counterparties. According to the author, ‘Over-the-counter (OTC) derivatives had been poorly regulated before the financial crisis and were considered one of the origins of systemic risks at national and international levels.’ (p. 152) In consequence, the common regulation of global derivatives was at the center of the debates in the post-crisis reforms.

The third and final part of the book comprises four chapters and examines the different solutions that have been proposed and in some cases adopted to overcome the issues related to the logic of financial nationalism. Chapter 7 provides an in-depth analysis of the pros and cons of centralisation in international finance, which is understood as the centralisation of government functions to a supranational or international authority. In particular, the author refers to the case of the European Banking Union as the most advanced example of centralisation in financial policy. He relies on the so-called ‘financial trilemma’ to explain the trade-offs between sovereignty, integration and stability in international finance (pp.180-181). Chapter 8 discusses the issue of compliance in international finance by considering that, ‘[T]he current regulatory framework based on soft law is unable to ensure compliance, as it does not take into account the powerful sovereignty costs attached to the maintenance of global stability in a cross-border setting.’ (p. 226). Consequently, the author proposes a new legal theory of compliance based on a strengthened hard law approach to international finance.

Chapters 9 and 10 develop the new compliance theory further by recommending the adoption of so-called ‘regulatory passports’ on financial policies and market access and the introduction of dispute-settlement mechanisms to resolve financial disputes. For ‘regulatory passports’ the author suggests that if market access can be subordinated to the adoption of binding bilateral agreements on financial policies (between home and host countries), regulatory cooperation will be enhanced and the recourse to financial nationalism reduced. Concerning financial disputes, the author considers that the current arrangements are not efficient and financial nationalism reigns over global solutions. Hence, he proposes to focus on the rules on standing and remedies as critical elements in the functioning of courts. The main reason for this is that these rules decide who is entitled to initiate the dispute and what can be reasonably expected in case of a positive judgement. (p. 261)

Finally, Lupo-Pasini concludes the book by arguing that global financial stability can only be enhanced through a legal approach based on binding international law, mainly because under this approach states will be compelled to internalise the externalities of their actions (p. 287). Thus, he considers that the recourse to the logic of financial nationalism will be reduced or, in other words, the trade-off between national and global interests in a world of integrated financial markets will be balanced. I fully agree with the author’s assertion that a higher degree of formalisation is needed to achieve a more stable and predictable global financial system. However, I also consider – contrary to the critique made by Lupo-Pasini (p.287) – that the soft law approach in international finance has been and continues to be a very useful approach to fill in the vacuum left by formal law and contributes to the formalisation process of the law over time. As we are reminded by Lastra, ‘Formal law has often been born out of the development of informal law. This is not a new phenomenon. It is a recurrent feature in the history of law. The evolution of international law and of commercial law, to cite two relevant examples, provides clear evidence in this regard’.[i]

Lucia Satragno LLM is a PhD Fellow at the World Trade Institute, University of Bern lucia.satragno@wti.org

To Confront Climate Change, We Need an Ecological Democracy