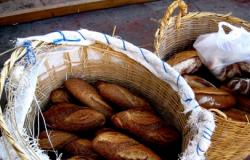 Last week, I departed before dawn with French breakfast pastry from my favourite bakery. Once I'd paid, I hopped in my car and took off immediately for Madison, WI, an optimistic two-and-a-half hours northwest, where I hoped to deliver pastries in a nearly-fresh state. Croissant is the Iodine-135 of French cooking, it is – at most – half as good halfway through the day (for those less familiar with isotopes used in nuclear reactor control, Iodine-135 has a half-life of 6.6 hours). French pastry, in the French context, is a puzzle combining distributed production with remarkable consistency not usually associated with non-conglomerated, tenuously-capitalised small businesses requiring highly-skilled labour. On that drive, I considered an interesting question I've posed to students for years: We say distributed (non-conglomerated) production with high levels of consistency is very difficult, yet French bakeries appear to exhibit precisely this combination. How?

Today, the debate in many areas focuses on centralisation versus decentralisation (most broadly and primarily philosophically, beginning with Marschak's paper more than fifty years ago). It seems there was a cooling off in this debate from the 1980’s until about 2010, and most senior managers and thoughtful scholars believed we had largely decided which problems were best-solved with large manufacturing facilities at scale and which problems were best-addressed by local or “distributed” production schemes. It was assumed any change would be gradual, predictable, and largely uninteresting.

This debate heated up in local years with more things being re-considered as distributed production problems, due to technological (3D printing, for instance), philosophical (local food, microfarms, and distributed agriculture), and regulatory (rooftop solar panels, small-scale wind turbine installations) factors. Other things, traditionally not thought candidates for centralisation at very large scale, are being reconsidered, too – perhaps most notably formerly-on-site (datacentre) computation tasks now done in the cloud.

But there is much to learn from France after WWI in this area, and much to learn from the evolution of French pastry, in particular. The strategy here is a century-long, distributed-production-through-standardisation strategy that seems almost impossible to implement, even in retrospect.

The French have a history of industrial production through centralisation. The great French stories feature great factories, integrated supply chains (usually through equity ownership, occasionally through diplomatic control during the colonial period), and broadly-empowered managers in Paris in the Michelin tradition. From Renault to Airbus, we see structures that follow this theme. Where smaller-scale, boutique production is needed, large conglomerates with expertise in this particular type of manufacturing control dozens – or hundreds, even – of small producers who attempt to engage in large-margin batch production with French (or foreign) labor at small scale (e.g. LVMH, Chanel, Hermes).

But pastry was a special challenge that could be addressed neither by a Renaultesque nationwide centralised production scheme, nor by boutique constituents within a coordinated conglomerate framework. This is a traditionally-local, thin-margin, small-volume, difficult-to-scale, commodity-volatility-vulnerable (waves of bakeries and French pastry businesses failed during prolonged periods of high dairy goods prices) business – it is precisely the kind of business that interests neither a Michelin nor an LVMH. Yet it is a defining feature of French culture and lubricates both the individual and social mechanisms of French daily rituals.

In other words, though counterintuitive to British and American readers of this blog post, French bakeries fit every definitional element of what we often call critical infrastructure, a class of industrial policy problems that may involve goods, services, or a mix of the two, and traditionally includes power grids, airports, and so on. It is vital to society that critical infrastructure not only work, but work reliably and efficiently – if critical infrastructure breaks down, it is not simply a “glitch” or an “oops”; the credibilities of both the state and the leaders of the society are both at risk if the system fails.

One can think of many ways to build a network of well-regarded bakeries of uniform quality. Through legislation, one could promulgate food safety standards and restaurant codes that dictated a certain kind of baking, or even dictated kitchen layout down to where surfaces and drains and fire suppression systems must be placed (as is true in some districts in Tokyo) or how and when supplies are delivered to food businesses (which is heavily-regulated in Singapore, albeit for traffic reasons rather than food quality reasons). Through industry standards, one could taxonomize and thus sort producers by quality and provenance (as is done at Japan’s fish markets) or by arbitrary-but-replicable categorical standards (as is done in Switzerland’s timepiece industry). A national cartel of bakeries could agree, by gentlemen’s agreement among one another, to adhere to equilibrium standards, which firms would not underperform (like agreements for terminal-to-terminal promptness in the American freight rail industry) or overperform (like Japan’s automakers agreeing to produce cars with only 276 horsepower or less until the mid-2000's).

But the French engaged in what might be the hardest – but by far most effective – method for making bakeries adhere to strict quality standards: They directly and (somewhat) radically altered customer expectations. The uniformity of French bakeries, particularly in Paris, was not achieved through a narrowing of what was possible, but through a narrowing of what was in demand at volume.

In essence, the French redefined French food, and particularly French baking, to mean a very particular thing: a nostalgic, recognizably région parisienne repertoire of staple preparations. Breakfast pastries containing pork (and other German-inpsired Alsacean specialties), Italianate and southern breads, and Oriental preparations from Algeria and elsewhere in the Near East were not legislatively forbidden, but instead normatively discouraged. The canon was set, with newspaper articles and cookbooks and leading chefs pushing for a French baking that was reminiscent of what many now thought French bakeries were like before the première Guerre mondiale (even if this was empirically untrue). The government endorsed a particular kind of French food through price ceilings (for instance, directly manipulating the price of baguettes until 1986) and regional mandates. During the same period, Centre-Val de Loire and writers disproportionately from Paris and Tours began to redefine what French wine meant in a global context and to describe the French palette generally (this is well-discussed, including contemporaneously, by authors far more expert than your scribe).

After WWI, the government and bakeries worked together to overhaul the industrial stack to produce the uniform inputs needed to meet these expectations, giving France many grades of processed wheat flour (instead of two prior to WWI), a national B2B logging system for dating and recording when dairy products were produced and delivered (a bakery wanting to be considered a true boulangerie must prepare and bake its bread on-site; in modern Paris, the point chaud, which often merely reheats frozen breads, is increasingly-common), a registration system for dairies and producers of cold goods (electrified refrigeration was a relatively new amenity), and even special electricity metering meant to measure the comparative efficiency of various similar small businesses in Paris, one of the first industrial metrics experiments of its type. The effects of this industrial policy shift in the standardization of not only the product of French baking but also the operations, logistics, supplier relationships, and financial structure of French bakeries are observable today every few hundred metres in France’s major cities.

“What an odd story,” you might remark. What could possibly be learnt from a national change in bakery customer expectations?

I argue there is much to learn. From electric vehicles to clean energy to insurance products to retail experiences, customer expectations are changing more radically than ever before. There will be – to use the obvious metaphor – many, many bakeries that do not make what tomorrow’s customers will crave. But things will follow the trend of these French bakeries – they will be both distributed and standardized. Communities will own a few self-driving cars per block, but they’ll be similar in features, safety, and technologies. Power will be produced in thousands of places per city, but through systems that are largely standardized. The entire set of customer, corporate, and policy implications surrounding localisation and centralisation (both of decision-making and of industrial activity) will shift.

When I tell my students in business and law and policy classes about French bakeries they find it almost unimaginable that an entire nation could have changed its expectations as to what a bakery meant and what the bakery customer experience “should” be in less than a decade… until I tell them to consider what UBER has done to their views on what taxi means and what the taxi customer experience “should” be.

Increasingly, producers will not be able to dictate consumer choice; consumers will build de facto standards based upon factors like convenience (Venmo), familiarity (Microsoft Excel), social critical mass (LinkedIn), trust (Angie’s List), and reliability (Amazon Web Services). If analysing and influencing end-user preferences isn’t part of the industrial policy discussion in your firm, government, or university – it should be, and should have been a decade ago.