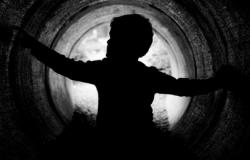 This column by Stephen Humphreys is the first contribution to Global Policy’s e-book, ‘Climate Change and Human Rights: The 2015 Paris Conference and the Task of Protecting People on a Warming Planet’, edited by Marcello Di Paola and Daanika Kamal. Contributions from academics and practitioners will be serialised on Global Policy until the e-book’s release in November 2015. Find out more here or join the debate on Twitter using #GPclimatechange.

In 2009, a geological working group was tasked with evaluating the geological evidence indicating that we have entered a new epoch—the Anthropocene. They have now identified three possible starting dates. First is the period from 1570-1620, during which the deaths of an estimated 50 million indigenous people at the hands of European colonizers led to a regrowth of forest on formerly cultivated land, resulting in a global dip in carbon emissions, traceable in ice cores. Second is the period from 1800, roughly coincident with the start of the Industrial Revolution, sparking the rise in carbon emissions with which the current climate juggernaut is associated. The third and latest date is the mid-twentieth century, when the explosion of the first atomic bombs—in nuclear tests and, soon afterwards, destroying Hiroshima and Nagasaki—left radioactive traces in the planet’s sedimentary layers. Each of these three events has left its own ‘stratigraphic signature’, as Elizabeth Kolbert puts it—and hence qualify as candidates for demarcating the Anthropocene.

Climate change is, of course, very different from the colonisation of the Americas or the nuclear bomb. Whereas the genocide of native Americans and the mass slaughter of Japanese civilians amounted, in effect, to human rights abuses on such a large scale that they left a mark on the planet itself, climate change is rather a planetary-scale process with (comparably vast) human rights impacts.

Still, these impacts do not in themselves make climate change a ‘human rights problem’; this is rather due to it being man-made, anthropogenic. To use Judith Shklar’s invaluable distinction, it is the fact that conscious human activities—as distinct from arbitrary natural processes—have caused climate change that makes it an ‘injustice’ rather than a mere ‘misfortune’. Particularly relevant here is the fact that these activities continued long after the costs were well understood (which we can reasonably date to the first report published by the Intergovernmental Panel on Climate Change in 1990). Climate change becomes a human rights problem—a legal problem, in principle—because humans are responsible for it; not just because they are harmed by it.

And yet, in the decade or so during which the phenomenon of climate change has been rearticulated in human rights terms, very little progress has been made on this central question of human responsibility. Typically, we are told the reasons for this lack of progress have to do with complexities of litigation. In this short intervention, I want to focus briefly on something I take to be a prior obstacle to progress in this area—the degree to which the actions that give rise to climate change are themselves undertaken or justifiable in terms of (human) rights.

In politically charged moments, rights language tends to crop up on every side. Even the slaughter of indigenous Americans was, at the time, justified in the language of rights—rights of free passage, free trade, and freedom of religion. Just as counter-intuitively, the bombing of Hiroshima and Nagasaki was at the time explained as a protective gesture—bringing the war to a speedy end would, it was argued, save more human lives than it cost. These justifications have not withstood the test of time—but the terrible acts they justified cannot be undone.

Likewise with climate change. Although we rarely hear a ‘human rights’ case justifying the acts that give rise to climate change, a key obstacle to addressing the problem is, in practice, an (often implicit) appeal to the rights of those of us who are most responsible. At an abstract level, these rights include an acquired right to a certain way of life or standard of living. At a more concrete level, there are the rights of ownership, contract and use that underpin the mechanics of a fossil-fuelled global economy. For example, many were outraged when the Obama administration granted Royal Dutch Shell authority to drill for oil in Alaska in 2015. But Shell had already paid for a lease to explore these waters back in 2008 (under Bush), and had pumped $7bn into their effort in the meantime; any attempt to block them would hardly have survived a court challenge. Shell’s rights in this case are not, of course, ‘human rights’ in the simple sense. Nevertheless, human rights documents, such as the European Convention on Human Rights articulate a right against state interference with the lawful use and possession of one’s property, as in this case. And such (‘human’) rights do apply in cases of state expropriation of corporate property—as shown by the 2012 European Court of Human Rights ruling in the Yukos v. Russia case.

At a more fundamental level again, the right to property is a principal building block of a legal order—a ‘rule of law’—that protects ‘human rights’ more broadly. We don’t need to be disciples of John Locke to recognise that the right to property itself presumes a prior right to—how shall we put it?—“remake the world”. This is certainly a right insofar as it manifests as ‘a legal, moral or natural entitlement’. It is a human right not only in that one has it merely by dint of being human, but in that it captures (presumptively) an essentiality about the human entity—homo faber, the “small-c” creator.

This technological impulse is no doubt as ancient as the anthropos. But its articulation as a right is more recent: it animates a vast early modern literature, beginning with Hobbes (for whom its transfer to the state marks the social contract) and culminating in Hegel, for whom the fulfilment of Right is the task of the state, located precisely in the dynamism of transformative property rights. Like Shklar’s distinction between (human) injustice and (natural) misfortune, the human right to remake nature is fundamentally modern and relies on a clear distinction between that which is ‘natural’ and that which is ‘human’. To be human, a subject of rights, is to be apart from ‘nature’, the object, acted upon. There may once have been scope to contest this right, but any such window now seems firmly closed in an epoch in which the perpetual metabolisation of ‘nature’ has become our species’ apparent signature, responding to the insistent demand of, and aspiration to, a ceaselessly growing economy.

In practice, however, this human-nature boundary has always been difficult to sustain—we, too, are ‘natural’, after all. The rising notion of an Anthropocene today suggests the boundary is becoming untenable. Here’s how Jedediah Purdy puts it:

“There is no more nature that stands apart from human beings. There is no place or living thing that we haven’t changed. Our mark is on the cycle of weather and seasons, the global map of bioregions, and the DNA that organises matter into life”.

Clearly this boundary-blurring presents difficulties—for other species undergoing mass anthropogenic extinction; for (the sustainability of) the global economy; and for the life and health of the teeming multitudes (that is, their ‘human rights’). Worse, the humans right to remake the world in their own image runs into apparent conflict with various other ‘human rights’ aiming to assure the minimal conditions for individual life in a collective world.

Is this, in fact, a conflict of rights? Plenty of commentators think not. Purdy, for example, says: ‘[t]he question is no longer how to preserve a wild world from human intrusion; it is what shape we will give to a world we can’t help changing.’ The Economist expands:

Some will want to turn the clock back. But returning to the way things were is neither realistic nor morally tenable. A planet that could soon be supporting as many as 10 billion human beings has to work differently from the one that held 1 billion people, mostly peasants, 200 years ago. The challenge of the Anthropocene is to use human ingenuity to set things up so that the planet can accomplish its 21st-century task.

Press on, in short—urgently. In this—admittedly widely shared and politically powerful—vision, the fulfilment of primary human goods, themselves often articulated as ‘rights’ (to food, water, shelter and so on), depends on further exercise of the meta-right to remake the world that I have attempted to pin down here. Far from contradictory, the meta and the substantive rights are, in this story, co-extensive. Sadly however, the lesson of climate change to date is the reverse. Ever at the centre of our own universe—the anthropocentric behind the anthropogenic, so to speak—it seems increasingly hubristic to assume that ‘human rights’, of all things, can save us.

Stephen Humphreys is an Associate Professor of International Law at the London School of Economics and Political Science. He was formerly Research Director at the International Council on Human Rights Policy in Geneva, and, before that, Senior Officer at the Open Society Institute’s Justice Initiative in New York and Budapest. He has conducted policy work on climate change and in human rights in a variety of fora. His research interests include international legal and critical theory; rule of law; law and development; climate change; the laws of war; and transnational legal processes. He holds a PhD from Cambridge and a Master’s degree in law from SOAS. His publications include Theatre of the Rule of Law (Cambridge University Press, 2010) and the edited volume, Human Rights and Climate Change (Cambridge University Press, 2009).