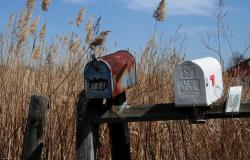 Cornelius Adebahr reflects on America’s political polarization and what it may mean for the future.

Political and societal polarization in the United States is palpable. I visited five cities, in red states and blue states, from New England to California just a fortnight before the U.S. Congress launched the impeachment procedure that could eventually end the most divisive U.S. Presidency in modern times.

Among the American people, not just the most obvious ideological divisions are perceptible – with or against Trump – but also the long-standing, underlying ones: the racial divide, the class cleavages, and the generational gap. What is worse, the two dominating parties have not even begun to heal those divisions but are rather building on them to secure their voter base.

“I don’t know a single Trump voter but I can recognize them from afar”, one interlocutor in Boston would say. And then add: “He’s a white guy with a pick-up truck.” Race, class, urban-rural divide, self-segregation – it’s all in one dismissive sentence. Yet it is also most likely a factually correct statement for an academic living in Massachusetts, the only of the 50 U.S. States where the majority of white males did not vote for Trump in 2016.

Yet, the next day over in Colorado, I meet not just some Republican-turned-Independents, but also a few rough-going Trumpists in all but name. Washington should stay out of those “thoroughly corrupt clan societies of the Middle East” and that “crappy Iran nuclear deal”. The Europeans – and the Germans, in particular – are thought to be ungrateful because they “let the US defend them while spending their money on hospitals and schools instead of security”. And, with a nod to domestic issues, the European Union should finally “listen to the people” instead of blaming the “populists” – such a bad word! – for precisely doing that.

On the plane from Boston to Denver that morning, however, another divide was glaring: The nearly all-white passenger group featured only a handful of Asian Americans or Latinos; not a single African American was among those nearly 200 people making their way from the East Coast to the Great Plains. By chance, perhaps – but striking, still.

Racial concentration – whether in certain parts of the country or within pockets of each city or municipality – appears to be the norm rather than the exception in the US. And yes, immigration is of concern, not least in Phoenix, Arizona, from where it’s only a three-hour car drive to the Mexican border. The great American melting pot – it’s rather a mosaic, and not always a pretty one.

Alas, also the class divides seem to be much more rigid than the from-rags-to-riches tale would suggest. This is most obvious in the number of homeless visible on the streets. The warmer the climate and the more attentive the city administration, the more attractive a place becomes for those without income and shelter. Which is why San Francisco is not only the capital of tech but also the home of the homeless.

It is also here in California where one can see how one of the great equalizers of society – the provision of public services – is chipped away by private interests. Even in a city like San Francisco that has a decent and working bus and subway system (in addition to the picturesque and much-frequented cable cars), the ubiquitous Uber and Lyft drivers are crowding out public transportation. With ride-shares and walks to frequented stops, these companies can offer cheaper trips that make their services available to a larger group of citizens. Yet they are still way too expensive for those without the means to pay their own driver.

As a consequence, public transportation is turning into a passage for the poor, whereas the middle class sit jointly in someone else’s Toyota Prius, while the rich are driven in their limo.

Beyond class, however, there is also a generational issue in this low-cost ride model so loved by America’s millennials. One elder acquaintance lamented her college granddaughter taking an hour-long Uber ride just to go shopping in the next big city. “They can barely stand on their own feet,” another complained, “yet they are asking for free universities, free healthcare, and a free basic income to fulfill their dreams” – but without the hard work that they, the parents’ or grandparents’ generation, have had to put in.

The young ones would retort that they have been left with an unjust system that favors the few, and showers them with debt if only they go and study. There could be another 1968 moment in the offing with a new generation – this time the millennials born into the tech boom, the Iraq war, and the Great Recession following the financial crisis of 2008 – rebelling against their parents.

In fact, the so-called ‘culture wars’ starting in the 1960s – about abortion, gun laws, immigration and sexual freedoms – have come to define partisanship in the United States of today. This raises the question of the overall ideological divide.

As it happens, the Republicans have already made their choice in favor of polarization when they chose their presidential candidate in 2016. These days, a radicalized party robbed of its conservative core around tax cuts, small government, and internationalism is reduced to the President’s racist baits and fact-defying self-aggrandizement.

The Democrats, in contrast, are divided over whether to hold the middle ground or to shift to a more extreme position, mostly because they don’t know how they could beat the incumbent. There are at least three options: They could try the traditional economic left-right spectrum by tilting far left with proposals such as Medicare for all, no tuition, and a good dose of protectionism. Alternatively, they could choose the ideological one, juxtaposing the ideas of open vs closed societies by rooting for social diversity and progressivism, but with a penchant for more stringent border controls.

Or else, they could indeed battle Trump on the field of post-truth that the president himself is thriving on. To do so, however, they would have to shelve any remainder of political decency and go for a similar no-holds-barred populist demagoguery (defying the former First Lady’s advice, “when they go low, we go high”).

A proper impeachment notwithstanding, the main question for the Democrats is, which of these dividing lines can the use to win a majority in November 2020? The first two are fraught with uncertainties about losing the middle ground by catering too much to the extreme; the third runs the risk of defying not only political dignity but also the iron rule never to argue with idiots – “they will bring you down to their level and beat you with experience” as George Carlin said.

Whichever way they go, it will most likely deepen the schism that has opened up in America.

In the present times of disruption, questions of identity come to the fore again. If being black or white, rural or urban, young or old, straight or LGBTQ, Republican or Democrat becomes more defining than being an American, a community can unravel. If the two main – formerly big-tent – parties are in effect giving up on the middle ground to prize on polarization, it may be time for a third (centrist) party to emerge to uphold the spirit of the United States of America.

The author is grateful to the American Council on Germany which sponsored his transatlantic trip to five U.S. cities – from Boston to Los Angeles via Denver, Phoenix and San Francisco – for talks about German and European politics.

The Latest Stats on Women in Tech