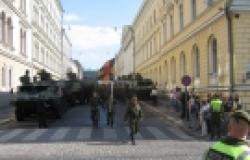 In the wake of the rise of nationalist sentiments in Western nations, Senni Salmi examines how Finland arrived at its inclusive narrative.

The term nationalism is not in fashion. Right-wing populism attached with ethnonationalism has gained ground in several European countries, which has made many liberals associate nationalism with racism. The big nationalist march held in Poland a few weeks ago raised concerns among Europeans due to the high number participants hailing from fascist and far-right backgrounds.

Rejecting this type of radical nationalism, which is exclusionary and tends to favor isolationist policies, should not lead to the conclusion that promoting nationalism is a bad thing. We need to look beyond the far right parties and recognize that nationalism is a valuable means for achieving social cohesion. In light of Finland’s 100th anniversary on December 6th, this article seeks to explain why today’s Finnish nationalism, which is based on a set of core values rather than ethno-cultural notions, is both inclusive and uniting in the face of internal and external threats.

Fears of nationalism in its radical form are warranted, and those who are concerned should not let not let nationalism be defined by radicals. Then how can a country develop a shared sense of national consciousness that promotes equality and inclusion?

Sir Paul Collins has argued that a sense of shared national identity is important in order to foster and maintain the high levels of generosity and compromise that European countries are known for. However, this shared identity cannot be political or religious and therefore it needs to transcend political divisions and religious pluralism in favor of a broader and more inclusive community. Inclusive nationalism, seen as a political agenda, is currently not realized according to Collins because “the left lacks the will to nationalism; the right lacks the will to inclusion”. His thoughts should be an eye-opener for center-right and center-left parties. Lawrence Summers has also put forward an idea about how to pursue a third way between dangerous ethnonationalism and abstract globalism, which he calls responsible nationalism. His suggestion is to put more emphasis on maximizing the welfare of the citizens, rather than pursuing the abstract global good. These proposals on how to rethink nationalism are important for those who shape political agendas, but the Finnish example urges citizens and voters around Europe to consider what kind of actions and values actually make their countries strong.

The important question to ask oneself is whether convictions and symbolism are more important than cooperation and freedom. Sometimes, strong ideals can cause political leaders to put their party before their country and stand in the way of cooperation. This applies not only to far-right parties but also idealists, who aim to make their internal political philosophy the goal of foreign policy.

With a broad, shared national consciousness, people will be predisposed to work together to defend the country’s freedom and common ideals. This means that everyone’s voice is heard and that the checks and balances are held in place, but also that idealist approaches sometimes need to be abandoned for the sake of national security. Opinions on energy, defense forces and international treaties will always vary, but in critical situations politicians should be able to set aside party divisions.

Finland has had its share of far-right fringe movements as well as a populist party in government. However, the dominant form of nationalism in Finland has little to do with opportunistic groups that exploit nationalist rhetoric.

After 100 years as an independent nation, Finland appears remarkably stable as it heads into the future. This stability stems from the institutions and the citizens, who trust in their institutions as well as in each other. The Finnish institutions are inclusive, and give everyone a seat at the table.

Finland is committed to protect minority groups, and both the Swedish-speaking Finns and Sami have a special place in the constitution. The public authorities must provide for the cultural and societal needs of the Finnish and Swedish speakers on an equal basis, and the indigenous Sami have linguistic and cultural self-government.

Constitutional democracy is not only majority rule, but also protection of minorities. At the same time it is vital for cohesion and political unity that there is something that unites people beyond their cultural group affiliations, and that something is citizenship. At the end of the day you can be a Swedish-speaking Finn or Romani Finn, but you are first and foremost a Finn.

Inclusive institutions do not only function as a uniting platform for all citizens, but also play a crucial role in shaping shared values. Attachment to the values of equality and freedom, rather than ethnicity is characterizing for the shared identity. Public institutions that enjoy the respect and trust of citizens lead by example.

First and foremost, the Finnish education system fosters the individual potential of all students, while at the same time promoting equality. Students are not separated into different classrooms on the basis of their performance, and additional help is provided to those who need it. Education is given in both Finnish and Swedish, and although the languages of instruction differ, the curriculum is the same.

The endorsement of multiculturalism is part of the curriculum guidelines, and students are allowed to retain their foreign language, but for them too, a Finnish perspective and values are embraced.

The Finnish Defence Forces is another prime example, as most men are required to serve 6 to 12 months of military service, and women can also apply for voluntary military service. These types of institutions bring citizens of different backgrounds together and teach them solidarity, regardless of ethnicity and socioeconomic background.

To a great extent this unity could fit the description of constitutional patriotism, the idea that people are united by attachment to democratic and constitutional values, but it is questionable whether this type of attachment can be strong enough to generate the kind of solidarity and willingness to defend one’s country that prevails among Finns. In the end, the role of emotions like empathy and trust toward fellow citizens – captured in so many beautiful Finnish proverbs – is equally important. The Finnish proverb “kaveria ei jätetä” – no friend is left behind (wounded or even dead brothers in arms are always brought home) – which originates from the Winter and Continuation wars, has a special place in the Finnish mindset. As in school, nobody is left behind in the military. To this day, the main reasons behind the great unity among conscripts are the guiding ideas of helping the weak, and working together.

A shared vision for security

National security is an issue that unites Finland across political affiliations. In a time of emerging threats such as information warfare, that increasingly target the individual, it is important for states to spread security awareness among all citizens.

Defense is viewed as a collective responsibility in Finland, and the willingness to defend the country is the highest (71%) in Finland among all European countries. Stories about the Finnish soldiers who fought back the Soviets have left a legacy of heroism that continues to inspire a high commitment to defend freedom. The collectivism is played up strongly in everything related to security. At the end of the day, being a Finnish citizen trumps other political identities, and this allows for cohesion in matters of national defense. The Finnish example suggests that a balance between individualism and collectivism is possible.

Finnish political institutions create conditions for inclusive and consensus-based political decision making, and offer a potential lesson for other countries as well. A long tradition of consensuality and coalition governments does facilitate this, but it is not a must – a shared view of national security and willingness to cooperate on fundamental questions is enough.

The last few years have shown that underestimating the importance of cohesive defense policy can lead to rash decisions. The return of geopolitics came unexpectedly for many European countries, forcing them to reevaluate their readiness, while Finland had remained determined to keep its territorial defense credible. Many neighboring countries had to realize that it is easy to lose defense capacity, but not to rebuild it. As a solution, NATO deployed additional troops in the Baltic States, and both Sweden and Lithuania recently reintroduced military conscription over security concerns. Defense policy needs to be continuous and stable, which is a feat more easily achieved with an underlying vision that everyone agrees on.

Undoubtedly, a shared past and certain traditions have a role in shaping the Finnish national consciousness, and the Independence Day celebration is a good example of this. Many pay visits to war graves and light candles. Invoking the sacrifices of past generations do not in the case of Finland contribute to a national anger toward foreigners, but serve as a reminder of the gratitude for freedom. The courageous soldiers, but also citizens, politicians and diplomats are to thank for delicately performing a balancing act, and for fighting for what they believe in.

The Finnish independence centenary celebrations have mostly involved typical Finnish traditions, but there has been less debate about what actually constitutes Finnishness. More thought has been given to what Finland will look like in ten or even 100 years from now, and what Finland aspires to be like. The theme of this year has been “together”, and the celebrations have shown that the way forward is by fostering an inclusive civil society. Celebrations have been inclusive in the sense that they have been very diverse, and naturally, open to the public.

To conclude, Finland would not be this strong and perseverant without an inclusive system of institutions, trust for one another and the widespread willingness to set aside disagreements in order to cooperate for the sake of a greater good. Thus, the Finnish example shows that nationalism need not be dismissed as a problem, but can in fact be put to more constructive ends than is currently the case in much of the Western world.