Book Review: Framespotting: Changing how you look at things changes how you see them 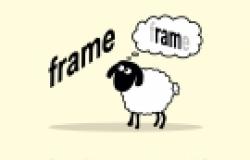 This is a thin book with a fat message. It is only 117 pages, and each page is half filled by a picture or cartoon. But don’t let that fool you: this book is serious and the message it conveys is in fact a message on two fronts.

The first, in two parts, is to convince (or remind) the reader that we ordinarily see, experience, and understand speech, events and so on within the context of a frame which limits our perception; secondly, once we recognise this, we can (as it were) zoom out and see more clearly how we have been framed and use that knowledge to challenge the framing itself. The second is that, specifically, we should use this knowledge in relation to the environment and climate change. The book, therefore, seeks to provide tools allowing us to challenge the frame which limits our understanding of the necessity of taking action on climate change. Framespotting is written well and interestingly and it is deceptively deeper than it looks. The prose has been polished, polished and polished: hence it abounds in neat phrases like 'We flip from not doing anything, because there's no problem; to not doing anything, because there's no point' (51) and the claim that 'Maturity is when you outgrow growth' (52).

The first part of Framespotting, on framing, is generally persuasive, although one could argue that it is best understood as a heuristic device rather than as a fully adequate philosophical claim. For example, it doesn't address the issue of whether we can ever see framelessly or whether we are always caught up in different frames – which then raises the question of the relation between the frames. It seems to resolve this by its notion of frames as a function of the level of focus, that is, we are often enticed into zooming in too close to a subject and forget or are unable to ‘zoom out’ to see the bigger picture.

But there is an ambiguity here. It could be argued that two separate things have been conflated: the level of description (i.e. what lies inside or outside a frame) and the semantic privileging of certain (hegemonic) meanings at any level of description. The former interpretation suggests that we can zoom in or out if we try and see things differently to how they have been framed for us; the latter interpretation implies that we require considerable analytic skills to be able to tease out the implicit meanings lying at the root of our thought and action. The two interpretations are not necessarily antithetical and are probably complementary: but they are certainly distinct. Would it have helped the authors to distinguish them? In a work of academic philosophy, yes; in a popular work designed to prod people to action it's less obvious that they should. One other point of criticism: the page entitled ‘Get Real’ (102) is rather unsatisfactory, not because it denies the privileging of the term ‘real world’ to the political world, but because it then privileges the physical world as the only ultimately ‘real world’. More could be said: but I don’t want to focus too much on a island of inadequacy amidst a sea of sense.

Framespotting is quietly radical. Although at times it seems to be apolitical, in fact it is deeply political. And on page 41 it states that ‘we have to reclaim politics’ – which is a big claim, and suggestive of developing radical alternatives to the way things are done now. It turns out, later, that this includes a re-democratisation of the world. It might be accused of being rather optimistic, perhaps over optimistic. So, for example, on page 92 it suggests that ‘all we need is a few changes in the rules’, which sounds both optimistic and apolitical (on anyone’s understanding of what is political). However, on the next page it is stated that 'changing the rules is a political task. But we're not talking revolution here: we don't need to overthrow capitalism or abandon democracy' (93). It is then asserted that we need more democracy, not less and that this includes democratic control over corporations. It follows this up with some interesting short reflections on the differing roles and responsibilities of politicians as leaders and representatives, arguing that we get the politicians we deserve, especially where there is a lack of public protest, concluding with the affirmation that ‘we need to act like citizens again’ (98).

So, to recap. Framespotting is running two theses, one as a prolegomenon to the other. The first is that there are ‘frames’, the second is that particular frames impede progress towards environmental goals such as combatting climate change. Because it does the first job engagingly and interestingly the reader is fully prepared for the more didactic second part and can, if he or she chooses, simply see it as an interesting application of the general case about framing made in the first part – although, clearly, the authors wish them to take it as a spur to political action. The first imperative is to learn to see the frames. Framespotting doesn't give a general answer of how to do this, or how hard it will be to do this, or how hard it will be to get others to do this. The point is that we should seek to do it and then we should look for ideas that these frames might have been blocking.

Let us have a look at some of the details. Framespotting begins using examples related to the unquestioned presupposition that unlimited and perpetual economic growth is both possible and desirable and shows how, if we zoom out and reveal our frames of reference, we can see that this cannot possibly be true, while at the same time see more clearly how we have been brought to accept that it was something approaching a necessary truth. This general observation segues into a consideration of seven ways in which discourse concerning climate change is framed. These are: 1) the way in which we think of the world as consisting solely of nation states; 2) the way in which governments frame policies on climate change as responses to climate change, a framing which prevents us asking whose fault it is or what can be done to stop it (68); 3) the way in which we are encouraged to focus on the wrong level or wrong aspect of things, for example, the efficiency frame looks at emissions per car but ignores the number of cars and hence the total level of emissions (69); 4) the way in which framing climate change as a technical problem suggests that it doesn't involve us – which can be a distraction or an excuse not to act (70); 5) the way in which ‘green’ is framed as meaning an implausible stone age cave-dwelling type of austerity as the only alternative to modern industrial society (71); 6) the way in which slogans such as ‘doing your bit’ leads to a fixation on individual efforts which distracts us from seeing that there's no policy in place to tackle the problem as a whole (73). The seventh frame concerns our understanding of where climate change emissions take place (76) as distinct from the sources of energy which ultimately lead to climate change emissions.

At this point there is a discussion not of cap and trade, but of cap and share. The discussion bears reading carefully, because although on the surface it seems simple and naïve, it is in fact deeper than it appears. The suggestion is that the supply of fossil fuel is limited at source, and that charges be introduced for permits in a system where the total amount of emissions is covered by the number of permits available for sale. It is then suggested that the money raised by this could be repaid to consumers as a carbon cashback covering the increase in fuel prices. One might object that this might lead to no change in behaviour (unlike a well set carbon tax). The answer is that the overall amount of fuel has been capped and we all get an equal share of cashback, so if we use less fuel we benefit, and if we use more we lose out. On this account fossil fuel prices go up but we all benefit. This, which requires merely ‘a few changes in the rules’ (92), seems simple, and apolitical. It is not: there is a quietly radical, political, republican conception of environmental citizenship at work here and I recommend the book to anyone who wishes to help in the act of environmental persuasion.

James Connelly is Professor of Politics in the School of Politics, Philosophy and International Studies at the University of Hull.