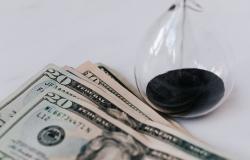 Markus H.-P. Müller look to the past for a guide for how to deal with our turbulent present.

Responses to the COVID-19 pandemic have underlined the fact that economies, societies and political systems are not three separate things. As political and social systems struggle to rebuild economic momentum, I think that we can learn some lessons from 19th century economists. Notably, we may need established definitions of ‘inclusive growth’ to include effective policy participation for all. This, in turn, will put the focus on the role of ethics and morals in individual decision making, including the need to maintain moral values that lie above immediate personal economic goals.

The history of economic thought has some lessons for economists contemplating the likely implications COVID-19. Like us, many economies in the 19th century were undergoing massive structural transformations as a result of the first industrial revolution. Discussions on socio-economic issues, including equality, justice and economic progress were part of this.

Alexis de Tocqueville, a French philosopher best known for his work Democracy in America, defined the term ‘equality’ as the equality of social conditions – or more precisely, the absence of any fixed social hierarchy. In his understanding, social mobility was at the core of equality. However, he also argued that ‘liberty’, an important pre-requisite for ‘equality’, does not mean being left alone to do whatever one would like. Pursuing purely material pleasures will isolate men from each other – and as we know today, from nature as well. We will look again at the problems around liberty below.

Another 19th century European political philosopher responded to the growing focus on economic growth and materialistic wealth in a rather different way. Jean Charles Léonard de Sismondi believed the goal of society to be the accumulation of ‘happiness’ for as many people as possible (not merely the bourgeois classes). For Sismondi, wealth in isolation should also not be regarded as an end in itself. Only sustainable economic progress, available to all groups of society across generations, could be the foundation of happiness – a notion that lies at the heart of our current understanding of the term sustainability. To achieve this, he advocated social reforms to benefit the whole community, and to enable the lower classes to participate fully in the economy. Everyone should receive sufficient salaries, living standards, healthcare and education to benefit society as a whole.

But how are individuals to make decisions as they participate in this process of inclusive growth?

The position of an individual today, especially relative to other individuals, will drive the decision of the individual tomorrow. We as individuals and thus society (as a composite of individuals) will always evaluate – wittingly or unwittingly – our and other people’s positions and behaviours within a moral socio-economic dimension. Although the depth and extent of this evaluation will vary, it is likely to pose questions as to the real motivation behind an action, what an action will lead to and so on.

Many will resist lumping economic and social dimensions together. The anthropologist and ethnologist David Graeber has argued convincingly that people want to experience the social and the economic spheres as separate entities (Graeber 2014). From an individual’s point of view, the desire for such a separation is understandable. But when you look at arguments around ethics and normative individualism, one quickly comes to the conclusion that the separation of economic processes from social arrangements cannot easily be done, especially not in the ‘longue dureé’ of socio-economic development (Braudel 1977).

To put it more bluntly, if we do not want to assess such decisions ethically, then we face a choice between a completely free-for-all market economy – or a command economy, where decisions on allocation are made by the state rather than individuals. An economy or society can function without actors considering ethical principles, or almost without a moral dimension, but this will probably not work for very long. History provides us with many past examples in which some sub-groups of society have rewarded behaviour differently and in ways which could go against overall social values and beliefs. Individuals in these sub-groups might evaluate their behaviour positively. But over time such behaviour will lead to an unstable situation that is eventually corrected by the larger society’s remediation via, for instance, a democratic election, as we have seen in Europe since the start of the Global Financial Crisis (e.g. Eurozone periphery economies), or even in the U.S.

Such recent events also show us that we must not subject the social sphere to a fully rationalized, monetary calculation. We can observe this when we look at the evolution over time of societies and economies. In recent decades, for example, we see a shift in geo-economic power between the west and the east. Societies and hence economies (and also politics) are shaped by their own culture and the associated behaviors and beliefs. The cultural determinant is a significant variable in assessing a socio-economic model. In addition, anyone who wants to understand a country, its society, its politics and economy cannot do this sensibly from a purely external point of view. It is necessary to do this in the context of each country and its own path dependency. As Braudel aptly wrote: ‘The present comes from yesterday, the day before yesterday and the past at the same time.’ (Braudel 1977). The results of a transformation are therefore not to be assessed as the success of a fixed program, but rather as the result of balanced decisions and sustainable policies. Against this background, it should also be noted that the course, dynamics, success and/or failure of such transformation processes are the result of structures and corresponding actions.

There are a large number of possible variants of individual systems. They all depend on the interpretation of the system and are based on established traditions, political experiences and cultural backgrounds. As a consequence, it is logical to argue that the social sphere is characterised by self-organization that normally works automatically according on a ‘give and take’ basis. Here our rules for dealing with each other are neither subject to the requirements of the ‘homo economicus’ (man as utility optimizer) nor to the ‘rational choice theory’ (individuals’ choices driving aggregate social behaviour). In his book ‘The Gift‘, Marcel Mauss gives us indications of what constitutes society. ‘The gift’, which is still practiced today in private life, should also be given attention in social and economic policy. As he wrote; ‘Homo Oeconomicus does not stand behind us, but in front of us - like the moral person, the dutiful person, the scientific person and the reasonable person’ (Mauss, 1966). ‘Homo economicus’ may have had its uses as a tool to gauge and help us understand potential behaviour under given circumstances but he/she should be seen as a guide – not reality.

So, what is the solution here?

The pandemic has of course reminded us why social organisations - which economies certainly are – need to be consciously or unconsciously maintained regardless of immediate economic calculations, and why they are both necessary and beneficial. There is a mutual desire of all individuals to be treated fairly and respectfully, especially on their contribution to the greater good. Individuals need to find a place in the economy where they can perform best, based on their individual set of capabilities augmented by relevant skills. Equality of opportunity is the key to a stable socio-economic development. Again, economy and morality are in fact two sides of the same coin.

We should always remember, however, that since ethics and morals originate from the concept of individual behaviour, ethics and morals can only be linked to individual people. Making them a collective issue has dangers. In many western democracies, economies are seen as having succumbed to ‘clientelism’ (i.e. politics that depends on the patronage of certain groups). ‘Social’ is often used to label anything that these groups see as a ‘good idea’. But social and cultural capital and the derived social benefits need to be measured by long-term results and not by the intentions of specific groups.

The correct place of ethics and morals in an economy is therefore, first of all, to help us define the framework within which individuals operate and to make sure that it is based on and reflects underlying social values and beliefs. The state has to add, in a reflective and reciprocal way, general conditions and limits so that individual actors do not have to consider in every situation whether their actions meet moral and ethical requirements. However, individual ethical behaviour must also prevail where there is no legal obligation. If everyone behaves responsibly towards the community and its goals only when he is under supervision, then the liberal order degenerates.

Morality therefore begins where the actions of the individual are removed from their immediate cost-benefit calculations. The point is to have values which can lie above personal goals. Some of these values will correspond to the social consensus and some will fulfil the ideas and ideals of the individual actor. A liberal but organized economy can only remain ethical as long as it is based on social values and goals; conversely, a liberal society requires an economy broadly in line with its ethical beliefs.

This is even more important in our current situation, sometimes described as the ‘late modern age’, where a previous general commitment to the ‘affluent society’ has changed towards a society based on singularity, where individuals are keen to define their own individual beliefs and actions, and pay less attention to falling in line with the social ‘average’ (Reckwitz 2019).

In conclusion, we need to keep a strong focus on individual morality as we continue with collective responses to COVID-19: one does not preclude the other.

Markus Müller is Global Head of the Chief Investment Office International Private Bank, Deutsche Bank AG. Markus has held teaching posts in corporate finance and economics, being a visiting scholar at the Frankfurt School of Finance and the University of Bayreuth as well as at the Banking and Finance Academy of the Republic of Uzbekistan in Tashkent. His main research interests lie in the structural transformation of economies and societies as well as in the area of ​​sustainability. Markus authored several books and articles on the transformation of society and economies.

This work is solely the author's own opinion and is produced independently of his role at Deutsche Bank Group.

Reckwitz, A. (2019). The End of Illusions - Politics, Economics and Culture in the Late-Modern Age. Berlin: Suhrkamp Verlag.