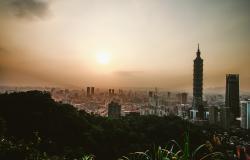 John Wagner Givens provides an alternative perspective to fears that China is watching Russia's actions in Ukraine with a view Taiwan's future.

Since Russia’s brazen and unprovoked attack on Ukraine, China scholars have been inundated with questions about what this means for Taiwan. The Taiwan/Ukraine comparison is useful, but not accurate. China and Taiwan are not Russia and Ukraine, they are their inverse. Vladimir Putin imagines he has much to gain from controlling Ukraine and relatively little to lose from the world’s condemnation – the calculus for Xin Jinping and the Chinese Communist Party (CCP) is just the opposite, they have little to gain from controlling Taiwan and a world to lose.

Ukraine is clearly an independent country, whereas Taiwan’s status is anything but clear. Russia recognized the sovereignty and borders of Ukraine in the 1994 Budapest Memorandum. In 1992, the People’s Republic of China (PRC) and the Republic of China (RoC, aka Taiwan) agreed on a “one-China” policy/principle, a purposefully vague agreement that there is only one China and that Taiwan is part of it. Citizens of the PRC live in a reality where Taiwan is meticulously included as part of the PRC even on T-shirts and a slip up by anyone, from Dior to John Cena, results in immediate pushback and an apology. Compared to the glorious conquest of Ukraine that Putin envisioned, the optics of reclaiming a province that technically never succeeded are muddy.

In terms of economy, population, and especially history and culture, Ukraine has value for Putin. If Russia had easily gained control of Ukraine, as it did with Crimea, it would represent a substantial economic and population gain. Ukraine’s population and economy are 28% and 13% the size of Russia’s, respectively. By contrast, Taiwan is less than 2% of China’s population and less than 5% of its GDP. Ukraine is the “breadbasket of Europe,” a place of importance for Slavic civilization, and much of it has been part of Russia for much of its history. By contrast, Taiwan has always been peripheral to China. The Kangxi emperor referred to it as “a mudball in the sea” and an early Ming visitor called it “unfit for humans.” It was only meaningfully part of the mainland during the Manchu-led Qing dynasty from 1683–1895, a short period by the standards of Chinese history. Mongolia was likewise controlled by Beijing in this period, and no one calls for its return. For Putin, uniting Russia and Ukraine would do much to restore an imagined glorious past and add to his power. For Xi Jinping and the CCP, gaining Taiwan would barely register in terms of people, economics, culture, or history.

When it comes to security, adding Ukraine to Russia’s control, or at least guaranteeing its neutrality, would help secure a large land border and prevent Ukraine from combining its strength with that of NATO. For the PRC, controlling Taiwan offers little security benefit. The US has about 40 military personnel in Taiwan, but over 80,000 troops stationed in South Korea and Japan. Probably most importantly, Putin is concerned he will lose Ukraine to the European Union, NATO, and the West. But, not much has changed since Taiwan became a US-aligned “rogue province” in 1949; Beijing has little reason to believe the status quo will shift and less to fear from its continuation.

Putin presumably believes that seizing Ukraine would increase his power over people and resources, reunite an important part of Russian and Soviet history, and enhance his security. For the CCP, there would be little benefit from acquiring Taiwan, a small rogue province that is officially still part of China. This calculus, however, could shift rapidly if Xi thought that Taiwan would be lost on his watch.

Russia’s invasion of Ukraine created some economic instability. It sent gas prices fluttering, but they have already begun to come back down. China’s invasion of Taiwan would be economically catastrophic for both it and the world. Taiwanese companies make around 60% of the world’s semiconductors. In an economy where car plants are already sitting idle waiting for chips, the result of losing Taiwan’s productive capacity would be disastrous, especially to China. Directly, China needs Taiwan’s semiconductors to go into countless products it makes for domestic consumption and export. Indirectly, China is the world’s biggest exporter and would acutely feel any significant economic shocks. Russia, by contrast, has attempted to build a fortress economy designed to make it economically self-sufficient.

While strategic ambiguity is part of the point, the United States is likely to help defend Taiwan with force and President Biden recently suggested as much. Since 1949, both the US and RoC militaries have given serious thought and substantial investment to defending Taiwan, which, as an island, has advantages over a Ukraine hemmed in on three sides by Belarus, Russia, and Crimea. Exact comparisons of military strength are difficult, as the nearly universal underestimation of Ukraine’s military has shown. But, while Russia has at least some recent warfighting experience, China has none. Against an island with US backing and twice the defense spending of Ukraine, China’s losses are potentially disastrous.

Finally, China wants to be perceived as a world leader. This could still happen despite severe human rights abuses (especially in Xinjiang). Russia’s rapid rise to near-global pariah, however, should be evidence that an invasion of Taiwan would probably make a leading role in the world impossible. Putin clearly was willing to shoulder the costs of attacking Ukraine. He may have underestimated them, but for the time being, they seem bearable for him. The cost to Xi and the CCP, however, seems likely to be an order of magnitude higher.

Given their opposite realities, what does the invasion of Ukraine mean for Taiwan? Taiwan and its allies need to ensure that the cost of an invasion greatly exceeds any perceived benefits. In many ways, the Ukraine invasion helped with this. While hardly heroic, the response from the West has been stronger than many anticipated. More importantly, the fierce opposition of Ukrainians has been awe-inspiring. The threat of crippling economic consequences, global opprobrium, and a staunch military defense should give Xi and the CCP pause and help tip their calculations towards peace.

However, it must also be ensured that Beijing does not perceive an urgent benefit from seizing Taiwan. Putin saw his position worsening as Ukraine drew closer to the West and decided to act. Taiwan and its allies need to reassure Beijing that the status quo will hold. The United States should continue to support Taiwan, but make sure China knows it will not station forces there. Taiwan should be allowed to participate in global institutions from the Olympics to the World Health Organization, but still forcefully maintain the useful fiction of a single unified China. The fate of global peace and prosperity depends on it.

John Wagner Givens is an Associate Professor in international affairs with a doctorate from the University of Oxford and has been studying Chinese politics for over 15 years.