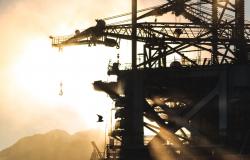 The world economy is entering a deep economic recession, as massive lockdown efforts across the world have brought industry and services to a grinding halt. To support a rapid and sustainable economic recovery, the Group of 20 (G-20) must act immediately and end fossil fuel subsidies.

The problem with fossil fuel subsidies

Fossil fuel subsidies were a massive economic problem already before the coronavirus. According to the International Energy Agency (IEA), in 2018 governments around the world spent US$400 billion dollars to subsidize fossil fuels. These subsidies are not only a drain on public finances, but also an environmental problem. When governments subsidize fossil fuels, they encourage people to consume more oil, gas, and coal than under market prices.

This consumption contributes to air pollution and climate change. If we take these externalities into account, fossil fuel subsidies reached US$ 5.2 trillion, according to the International Monetary Fund (IMF). They are that harmful that the IEA named them as 1 of 5 measures to reform to avoid catastrophic climate change. As a result of their various negative impacts, fuel subsidy reform was also turned into a sustainable development goal.

Governments simply cannot afford these fossil fuel subsidies in a global recession. The IMF predicts a 3% contraction of the global economy in 2020. This contraction means lower tax revenue and additional demand for social security benefits, as unemployment spikes. At the same time, health care systems are under great strain because of coronavirus infections.

On one hand, low energy prices reduce the risk of inflation from fuel subsidy reform. Removing fossil fuel subsidies would not significantly increase consumer prices and contribute to economic hardship. Prices might even decrease in the short term. Removing fossil fuel subsidies when oil prices are high would save huge amounts of money in the long run, but the immediate effect could be an inflationary spiral, as any industries that use oil as an input would be forced to raise their prices. These especially include agriculture, transportation, and heating.

On the other hand, because consumers’ energy costs are low with or without subsidies under low prices, the political backlash could be limited. Even without fossil fuel subsidies, households and firms would have access to affordable energy. In such circumstances, the risk of a popular backlash against fuel subsidy reform would be minimized on the short term.

In 2014, large economies such as India, Indonesia and Malaysia followed this strategy. When international oil prices collapsed in the summer from above US$ 100 to below US$ 50 in January 2015, governments abandoned decades of price controls on strategic fossil fuels. These moves may have been politically opportunistic, but they showed that even bold fuel subsidy reforms are possible under low oil prices. One notable example of reform during the Covid-19 crisis is Nigeria, which has reformed fossil fuel subsidies earlier this month.

A rapid and sustainable economic recovery

The necessity of international cooperation

If the G-20 leaders were to commit to fossil fuel subsidy reform, they would launch a wave of reforms across the world, with substantial economic, environmental, and social benefits. Other governments would recognize the opportunity to follow a global trend. With everyone removing their fuel subsidies, any lone defector would pay a high reputational cost for their failure to follow.

Tom Mourenhout is Adjunct Assistant Professor at Columbia University’s School of International and Public Affairs. He also consults for the Energy Subsidy Reform Facility of the World Bank and is a Senior Associate at the International Institute for Sustainable Development. He is a Fellow of the Initiative for Sustainable Energy Policy (ISEP).

Johannes Urpelainen is the Director and Prince Sultan bin Abdulaziz Professor of Energy, Resources and Environment at the Johns Hopkins School of Advanced International Studies. He is also the Founding Director of the Initiative for Sustainable Energy Policy (ISEP). He tweets at @jurpelai.

Photo by Johannes Havn from Pexels