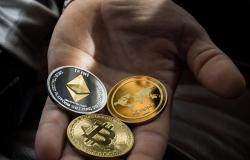 Cryptocurrencies are slowly changing the world. That could be particularly true for the world's charity and NGO sector.

Cryptocurrencies have rocketed into the mainstream. Bitcoin, once a niche form of currency favoured by cryptographers and ‘cyber punks’, has now turned into the ninth most valuable asset in the world. Just as Tesla and PayPal have started to accept Bitcoin, it’s time that charities did the same.

Charities are currently at the early stage of accepting crypto for donations. However, the technology that underpins Bitcoin, the blockchain, has the potential to fundamentally transform philanthropy in the 21st century.

A recent survey predicts that approximately 5.3% of UK citizens own Bitcoin, whilst 6.8% plan to buy some at some point. The trend is similar in the US; a survey reveals that the percentage of Americans who are ‘somewhat familiar with Bitcoin’ rose by almost half in two years, from 30% in October 2017 to 43% in April 2019. If charities fail to recognise this movement, they risk losing out on an invaluable source of revenue.

Demographics are important too; awareness of cryptocurrency is highest between 18-35 year olds at 90%. Crypto donations are likely to rise simply because the millennials who are more likely to own cryptocurrencies are becoming older and wealthier.

Cryptocurrencies and charitable giving are also a perfect match because cryptocurrencies are designed to break down borders, which could open up whole new markets of donors.

Traditional currencies are notoriously expensive and cumbersome to send overseas. Although the charity I run, National Zakat Foundation, is domestic, many charities have international donors and beneficiaries.

Bitcoin solves the cross-border problem; as long as your recipient has an internet connection, Bitcoin can be sent instantly and at a fraction of the cost of an international transfer. This could work wonders for attracting international donors, as well as getting funds to hard-to-reach countries which may be going through crisis.

Whilst the draw of larger, younger demographics is a no-brainer for charities, it is the technology that underpins it, the blockchain, that both NGOs, governments and charities should be most excited about.

Charities face an image crisis; in the UK alone just under half of the population do not trust charities - despite a rigorous regulatory environment. A report by the The Charity Commission shows how 79% of the population think it is important that a high proportion of what is donated actually goes to the end beneficiaries. Transparency is a key part of charitable giving, and that is where the blockchain comes in.

For example in 2010, one charity came under fire for raising almost half a billion dollars to build 130,000 new homes. Then NPR launched an enquiry, and found that of the 130,000 new homes it promised to build, it had in fact only built six.

If this kind of project was operated on a blockchain system, then the funds would all be recorded on a public and immutable ledger, that would be visible for all donors to see and scrutinise, which would relegate the phenomenon of ‘missing funds’ to the history books.

Using tech to strengthen transparency in the charity sector can increase trust, and create further incentives for giving, since the donor can see exactly where - and how - their funds are being spent.

Charities should also look into using smart contracts, enabled by networks like Ethereum and Cardano, to enable a public and immutable ledger that verifies not only transactions but digital contracts.

Much like the internet, the advent of cryptocurrencies is another example of the technological genie being unleashed from the bottle. Accepting cryptocurrencies will enable charities to engage a whole new generation of lifelong donors. Beyond that, blockchain technologies provide the key for tackling the corruption that has plagued both charities and governments for far too long.

In the same way that the internet is the network of information, crypto and blockchain form a network for trust. It’s time we use that network to funnel some of that trust back to a sector that absolutely deserves it: the charity sector.

Iqbal Nasim MBE is CEO of the National Zakat Foundation.

The US and its Two Cold Wars