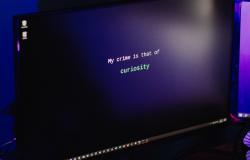 With the Taliban having taken control over Afghanistan, millions of Afghans may soon experience limited internet access, online censorship, and related digital, administrative or physical retaliation. The new leaders of the Central-Asian country are also expected to be prone to using surveillance and tracking technologies. While those struggling to send information out of the country are already at high risk of having their information compromised today, the rest of Afghanistan should brace for state control of the Internet in the future.

When seizing power over the country’s military and political affairs, the Taliban has also gained control over Afghan internet and digital infrastructure which for many Afghans has been a source of free information in the last two decades. The immediate aftermath of the power shift can have a direct impact on people’s security. The lack of reliable and open Internet creates problems for reporting information outside of the country and recording the situation and possible human rights violations online without fear for repercussions. When trying to publish their stories, Afghan activists and journalists may be forced to move to offices or public places with a better connection, carrying personal electronic devices with them. This introduces additional vulnerabilities to people's security as they can have their devices inspected by the Taliban, or even be forced to hand them in. The uncertainty about their digital and consequently physical security will push journalists to avoid reporting on sensitive issues, resulting in self-censorship that can be particularly pronounced for those working in remote and poorly connected areas.

Afghanistan has one of the lowest internet penetration rates in the world. The Internet infrastructure in the country heavily depends on mobile networks instead of fixed lines. Afghans connecting to the Internet from their homes do so mainly from their mobile phones. These are something like personal tracking devices from which can be accessed information that was sent, stored, or shared, including geolocation. The Taliban regime has already shown its ability and intention to use sensitive data before, evidenced by the recent cases of alleged deployment of a biometrics machine to conduct "house-to-house inspections".

Besides, the Taliban has a long history of targeting telecommunications infrastructure and sabotaging nearby mobile-phone towers which forced mobile companies to shut or limit their coverage with the goal of creating an information vacuum. Now in power again, it can influence or control internet providers and force them to shut down connections during protests or civil unrest. The threat of an adverse impact on human security during internet shutdowns grows in magnitude in high-risk situations. Internet shutdowns limit the information available to the people on the ground, putting them at risk of misinformation and leading to poorly informed actions.

Many Afghans have rushed to scrub or delete social media profiles and online content after the Taliban seized control, and international organisations help by producing guides in local languages on how to protect their online identity and evade biometric abuses. However, a continuous security mindset and proactive mitigation of digital risks will be needed in the longer run.

It can be expected that Afghans are set to face a range of negative effects affecting both any organized opposition and ordinary citizens. The Taliban's future digital security strategy will likely be a combination of limits on access to online information and services, restrictions or annihilation of freedom of speech, and the exploitation and abuse of personal data. Such restrictive internet policy will impact the formation and expression of opposition groups and constitute a major threat to people's rights.

The group’s history with handling the digital information and social media may hide clues as to what the future bears. The Taliban went through several stages of media savviness in the last twenty years – from going digital in the early 2000s, to regular updates on YouTube, Facebook, and Twitter by 2011, to counting information operations among their weapons by the time they took Afghanistan. This information strategy – including a conflicted relationship with social media – will likely continue to guide their actions in the future.

For years, the Taliban’s digital operations flourished amid relative inaction by social media companies and sporadic deletion of graphic or violent content. But as those platforms face public scrutiny in the wake of Islamic State propaganda, the Taliban encountered problems pushing its message through freely and instead used the services to identify, track and neutralise opponents through their public profiles. The Taliban announced the launch of Telegram and WhatsApp channels in 2015, improving the group’s free reach, and importantly, moving onto platforms that were encrypted and therefore inaccessible to military intelligence and censors alike.

The Afghan government had prepared the ground for online censorship practices already back in 2017 when it ordered a temporary suspension of WhatsApp and Telegram services in the country citing technical problems and unspecified security reasons. The messaging apps have gained popularity among the smartphone-using local populations because they use less data and can perform well even with an unstable internet connection. However, due to the end-to-end encryption, they have also raised in popularity with Taliban jihadists, which frequently used the platforms to post their statements. Kabul faced backlash for its decision being an assault on the right to freedom of speech and a slippery slope to censorship practices. The security argument was also disputed as people were still able to access the apps circumventing the ban with virtual private networks (VPNs), something that the Taliban would have been familiar with. The government reacted to the public fury by reversing course but could not remove damage to its credibility and reputation.

Around 2020, the Taliban’s digital propaganda had fully matured to an extent, that the US-backed Afghan government was losing the information war. The Taliban 2.0 is adept at integrating non-military instruments – understanding the power of information and how to disseminate propaganda at scale and speed. Soon the country may experience a two-track system in which the local population’s internet access may be highly restricted, monitored, their dissent under surveillance and their data tracked, while at the same time, the Taliban will effectively use the channels for their propaganda purposes, especially toward the international community.

How far the regime will go in enforcing the information control techniques is soon to be seen, just as how Afghan journalists, opposition groups and activists will find resilient ways to organize and express themselves online. From a long-term perspective, bolstering the ICT infrastructure will be necessary for the economic viability of the country and the options for forming a tech-powered surveillance state are uncomfortably close to materialising. Any of these implications will not just affect the digital space in which Afghans communicate but will also have major repercussions to the overall human rights, security, and political situation in the country and in the region.

Pavlina Pavlova is a former official and currently a consultant at the Organisation for Security and Cooperation in Europe (OSCE) working on digital security and risk assessment for human rights defenders and minority groups. She has coordinated human rights monitoring projects and trained digital safety and security for monitors, with an emphasis on secure information management. Pavlina has been publishing and speaking on the impacts of cybersecurity for individuals and communities at risk. Her articles have covered the digital security risks of human rights defenders and minorities, the importance of encrypted messaging platforms during internet shutdowns, and the use of the perception control method in influencing elections. She has been participating in the civil society feedback to the UN Open-ended working group on developments in the field of information and telecommunications in the context of international security.

Photo by Anete Lusina from Pexels

Deconstructing this Year’s Oxfam Davos Report – What Makes it so Good?