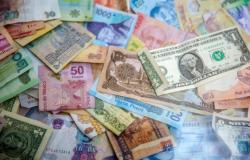 Deborah Barros Leal Farias explains why Brazil and Peru are among the next likely members of the OECD.

This past June, the Organization Economic Co-Operation and Development (OECD) approved the Roadmaps for Accession for five countries. That is, it gave the thumbs up to the paths outlining the (possible) entry of Brazil, Bulgaria, Croatia, Peru, and Romania to the organization. These nations are following the successful footsteps of other countries that most would not immediately imagine as the next (potential) OECD members.

For those not closely following the OECD’s membership expansion, it may come as a surprise that its most recent members are Colombia (2020) and Costa Rica (2021). In fact, in the past 15 years, eight countries joined the organization: the latter two along with Chile, Israel, and four Eastern European countries (Estonia, Latvia, Lithuania, and Slovenia). The OECD expanding membership to Latin America was probably not in anyone’s bingo card a couple of decades ago. When Mexico joined the organization in 1994, this was understood as an exceptional case, closely linked to the country’s reinforced connections to its northern neighbors via the newly signed North American Free Trade Agreement (NAFTA). Chile’s entry in 2010 has also been commonly framed as unique, stemming from many of the country’s strong socio-economic indicators, comparably higher than the rest of South America’s, such as having the highest GDP per capita and Human Development Index (HDI) in the region. But the profile of the newest Latin American OECD members and aspiring members call for pause in the exceptionality narrative. It also muddles the understanding of the OECD membership as a proxy reference for rich countries.

Established in 1961, the OECD grew from an older body, the Organization for European Economic Cooperation (OEEC), created in 1948. OECD’s founding membership was composed of basically all capitalist Western European countries (Turkey included), plus the United States and Canada. Membership was not explicitly linked to economic indicators, but the profile of its members prompted its nickname: the “Club of the Rich”. Over the years, the OECD established itself as the hub of democratic advanced industrialized economies. However, this description has never been perfect. After all, one can easily question if this truly reflected the realities of some founding members like Greece, Portugal, Spain, or Turkey when the organization was created (or even in its first decades).

The more recent expansion of the OECD into Latin America invites a re-interpretation of Alexander Wendt’s famous take on anarchy: OECD’s new membership profile is what states (existing OECD members) make of it. And in the mid-2000s, this was exactly what happened. In 2004, the Noburo Report recommended four criteria to assess the potential of new candidates for OECD membership: like-mindedness, significant player, mutual benefit, and global considerations. A close look at the definitions for each one of these criteria shows that economic indicators were to play a relatively small role. In fact, expansion was to become anchored in a country’s alignment with the OECD legal instruments (a.k.a., the OECD’s acquis). A 2017 report found that following four criteria set in 2004 could expand total OECD membership to around 50 countries, with the current numbers (including Costa Rica) being at 38. This plan had strong support from (Mexican diplomat) Angel Gurria, who stepped down from the organization’s leadership last year, after 15 years as Secretary-General.

The expansion of the OECD into Latin America reflects one of the points made in the Noburo Report and reaffirmed since then. The OECD does not seek to become a universal organization. Rather, the goal is to be a global one. Therefore, having a geographically representative membership profile became a key element taken into consideration when assessing new bids. It is no coincidence that of the eight new members, half were European, the other half non-Europeans, and the pattern repeating itself in the newly accepted roadmaps for accession: Bulgaria, Croatia, and Romania, along with Brazil, Peru, and perhaps Argentina in a near future (roadmap still under discussion). Therefore, the OECD’s growth in Latin America in the past decade is a product of the organization’s explicit intent of having a geographically global reach, and whose main criteria for eligibility is a country’s embrace of OECD’s policy framework (as opposed to economic/financial thresholds).

Running parallel to the OECD’s push to expand are Latin American countries’ pull: their own interests in joining the organization. Fairly or not, being part of the organization can be used to signal to internal and external actors that a country has ‘made it’ into the big league – a point that Brazil’s President Bolsonaro expressed after the roadmap approval, saying “we are finally being recognized”. It is tempting to say that Bolsonaro’s celebration stems from goal of moving away from the foreign policy profile adopted by the Workers’ Party leadership, especially his nemesis, former president Luis Inácio ‘Lula’ da Silva (2003-2010), who sought to make Brazil a global development power. However, the seeds of Brazil’s bid to become a member in the OECD were planted during Dilma Rousseff’s tenure (2010-2016), with the signing of a formal agreement in 2015. This agreement led to the OECD-Brazil Joint Work Programme 2016-17, which directly led to the formal application for membership presented in 2017 by Pres. Michel Temer (2016-2018) – a necessary step for the recently approved roadmap to accession.

In addition, perhaps a reason why Latin American countries have become open to joining the OECD is that they can keep their Group of 77 (G77) membership, explicitly based on countries self-identifying as ‘developing’. While both Mexico and South Korea left the ‘developing’-focused organization when they joined the OECD in the 1990s, this was not the case for Chile, Colombia, or Costa Rica, who have decided to remain in the G77. And there is no indication that Brazil or Peru (nor Argentina, if the case) will behave differently in this regard. Finally, the growth in number of Latin American countries to the OECD might create a challenge for academics and policymakers who want easy answers to the thorny question of which countries are ‘developing’ or ‘developed. Membership to these two organizations had historically been exclusionary in practice (not formally though), and many used OECD membership as their proxy for assessing data for ‘developed’ countries. This might become increasingly more difficult, although it is something to worry about at another moment, as the accession process takes years. Perhaps the lesson is that we should get use to thinking of the OECD as the ‘Club of the Rich-(ish)’.

Deborah Barros Leal Farias is a Senior Lecturer at the University of New South Wales – Sydney, and co-Director of its Globalisation and Governance Network deborahblf@unsw.edu.au

Photo by Jason Leung on Unsplash

Ukraine, A Downturn for India