“Kakistocracy Everywhere, Liberal Democracy, Where are you Going?” 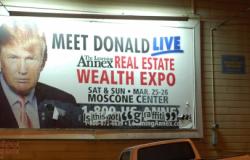 In a personal reflection, Martha Molfetas asks where is a globalist, lover of the EU, environmentalist, former expat and Londoner to go?

It's taken me a while to come to grips with the sharp far-right turn my country has made recently. Leading up to the election, every poll and projection had Secretary Clinton winning, but did show that she was only slightly ahead in most swing states. What unfolded on the evening of November 8th and the next morning was always going to be a moment I'd share with my future children. Now, what I had hoped to share seems very far away. I'm left wondering if I'll tell them, 'this is how it was, we were free'.

From my seat here, consuming news from the US and across Europe, things look downright horrible. As a long-time student of conflict and totalitarianism and as an environmentalist, it's clear that the post-War era of liberal democracy is firmly behind us. The road of progress is slow, narrow, and twists and turns; but what I see ahead in the West is stark.

In America, the rise of Donald Trump’s America has emboldened white nationalists, the 'alt-right' {which is really just a hip word for the ‘new’ Neo-Nazis in America}, the KKK, and the lot of political and hate groups in America that leave an overwhelming majority disgusted. Since the election there have been over 800 hate crimes committed in the US, where angry white dudes have assaulted minorities and women of all shades.

He won the Electoral College thanks to a mere 80,000 votes cast in a handful of states, but lost the popular vote by 2.7 million and counting. He may be America's 'accidental' President, but it’s happening. His electoral success was clearly hacked and tampered by the Russian Government, but it's happening. Some are holding onto hope that the Electoral College will meet on December 19th and deem him unfit, but despite the clear conflicts of interest and the huge red flag of a foreign government tampering with our election, that too seems unlikely. It’s happening, and no – none of this is normal.

So far, we are not seeing a 'bringing together' of America. What we are seeing is kakistocracy at every turn, meaning – government run by the worst or least qualified people, depending on the definition. The appointments made, from 'alt-right' neo-Fascist publication CEO Steve Bannon, to KKK endorsed Jeff Sessions for Attorney General; the dynamic climate denying duo Myron Ebel and Scott Pruit to lead and staff the EPA; and of course the strong likelihood that Exxon CEO Rex Tillerson will be Secretary of State it's clear that the next two to four years will be anything but OK for minorities, the environment, and the rest of us. They say you can judge a person by the friends they keep. In politics, you can judge the administration by the people chosen to places of power. Even if Congress denies these cabinet positions, they will likely be filled with people cut from the same cloth.

Many pundits have sought a sense of normalcy and have continued to state that he will be less bombastic once in office. Well he is almost there now. He was and remains backed by and endorsed by far-right groups and individuals who have spent their public life in the far fringes of the Republican Party. Instead of calling out and denouncing hate crimes committed by members of these groups or distancing himself, he has welcomed those ideas and individuals into the inner fold, all the while proposing policies and acting in ways that will trample our cherished Bill of Rights and Constitution. He has avoided security briefings, and just put a big dent in US relations with China thanks to a little phone powwow with Taiwan’s President. Let's not kid ourselves that Donald Trump will govern any differently than he campaigned. So far, witnessing all this has been like the coming to life of Hannah Arendt’s ‘The Origins of Totalitarianism’. It's Trump's America; others and myself who don't prescribe to notions of bigotry and 'post-fact' reality just live in it.

While this maelstrom is brewing here in the states, in Europe a different calamity is fast approaching. This month, a Fascist stood for election in Austria, only to loose with single digit margins – which in itself is shocking. A Fascist party in Denmark won 21% of the vote in their last election. France's Hollande is stepping down, and it's likely either Le Pen or another far right person will be at the helm; and lest we forget the start of this 2016 wave of defying liberal democracy – Brexit. All these movements have one thing in common – a clear rejection by populists of the existing order. Whether it comes down to immigration policy language and rhetoric that borderlines on racism, or a desire to leave the EU / international systems and soften up to Russia's current dictator in chief, Putin. It's all a wave of uncertainty we've not seen before – a great backlash against nearly a century of democratic progress.

In the backdrop of all this Russia is asserting themselves in their near abroad, sending missiles to Kalingrad – literally miles away from NATO and EU member states who used to be Russian colonies, like Latvia and Estonia. Not to mention, coordinating a bombing effort with Assad in what is now finally being deemed crimes against humanity. What will the West do if Russia invades another country? How will a world in retreat governed by isolationist-nationalist notions riding a wave of neo-Fascism in former towers of liberal democracy and bastillions of human rights respond? Who will be in these new alliances? Will the West retreat at the worst moment possible?

Right now, the world is witnessing the effects of climate change, from agricultural yields to sea level rise and climate refugees. Chances to respond to both the climate crisis and improve the lives of millions of people by way of the UN’s Sustainable Development Goals (SDGs) will be ineffective in a world where the US and others break away from the Paris Agreement only to drill and burn more fossils in riskier arenas – like the Arctic and in countries enflamed by conflict. Our window of opportunity and action on climate change is closing. A world in retreat will weaken international institutions and agreements, in addition to any hope of remedying intersectional issues surrounding the UN’s SDGs. Crises and humanitarian redlines will be crossed, as they already have been in Syria. China’s jockeying for islands in the South China Sea could escalate to outright war as the international vestiges of liberalism drop from the wayside. The multitude of global hot spots could be unsettled.

Notions lost in 2016 are two important points worth underlining: we are all connected, and our world as we know it is a fragile thing – whether we are talking about climate change or conflicts. Right now, Angela Merkel is our only hope for maintaining liberal democratic norms of statesmanship, but her fourth election is shrouded in uncertainty as she faces opposition both within her own party and others on the left and right in Germany.

Where is a globalist, lover of the EU, environmentalist, former expat and Londoner to go? The reality is, there is no escape. This wave will likely encapsulate the majority of my life, and the lives of the people I know and love. Words that continue to come to mind are from my favourite Irish statesman and conservative, Edmund Burke, “the only thing necessary for the triumph of evil is for good men to do nothing”. The only option is to think outside the box, call out wrongdoing like a referee at the World Cup, and be on the right side of history. There is no time like the present to continue to fight for what's right.