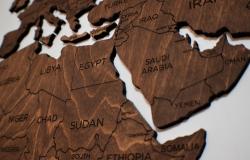 Caroline Tynan examines the wider ramifications of US policy towards Yemen’s Houthi-led government.

After several months of deliberation, on Monday January 11th, the Trump administration officially designated Yemen’s Ansar Allah, commonly known as the Houthi militias, as foreign terrorists. This comes amidst heightened concerns of an increasingly erratic President Trump launching a strike on Iran in his final days in office. The potential move was first aired by the US in October, when the Houthis’ official Twitter @almasirahtv was suspended without explanation. At the time, Yemeni journalist Shuaib Almosawa suggested to the author that the most conceivable explanation was that Twitter’s move was in anticipation of a US terror designation of the group. Although the politics behind the terrorist designation are regional and global, its primary effects are on the country of Yemen. Tehran’s military involvement there has grown since the Trump administration reneged on the US’s commitments to the JCPOA nuclear deal in May 2018, setting off a spiral of severe economic turmoil in Iran. The local roots of Yemeni conflict are unfortunately too often lost in the discussions of larger regional and global political dynamics. Below, I trace how three key consequences will ensue from this latest move by the Trump administration, beginning with the situation in Yemen itself.

The first of these is Yemen’s dire humanitarian situation, which remains the world’s worst humanitarian crisis. Since Saudi Arabia launched a military intervention against the Houthis in 2015, at least 233,000 civilians have died, a majority through indirect causes such as lack of food and health services. The Houthis are the single most powerful indigenous political force on the ground in Yemen. The areas they control include 70% of the population. This is not to make the case that they are more or less legitimate than the internationally recognized government of President Abdo Rabbu Mansour Hadi, who Saudi Arabia aims to reinstall, but that such severe actions against a group as large and influential as the Houthis inevitably affects millions of ordinary Yemeni civilians. Because a majority of Yemen’s civilians live under Houthi political control, the immediate practical effects of this foreign terrorist designation include logistical barriers to the operations of humanitarian organizations throughout the entire country, whose activities currently comprise the world’s largest aid operation. 80% of the population requires humanitarian assistance, with looming famine, a raging cholera outbreak, and now, COVID-19. The UN, which had warned against this designation for months, has called on the US to work to ensure that licenses and exemptions are granted so that aid to Yemenis can continue. Beyond inhibiting aid, this designation brings irreparable harm to Yemen’s economy, where imports are responsible for 90% of Yemen’s food items.

The second consequence is that the US’s terrorist designation will bolster the Houthis politically, by increasing local sympathy for them and decreasing the already endangered legitimacy of international mediation. Houthi political legitimacy is rooted in their discourse as an oppressed group challenging a Western-backed authoritarian government, first in the context of the global war on terror, and more recently since the 2011 Arab uprisings. From 2004 to 2010, the Houthis fought the regime of President Ali Abdullah Saleh in the Saada Wars. Many of the weapons the Houthis acquired in the Saada Wars they would later use to take over the capital Sanaa in 2014, ironically by that time with the support of the ousted dictator. President Saleh’s policies had economically and politically marginalized the population of the Saada governate, a majority of whom are Zaydi Shi’a. The perceived social marginalization was significantly exacerbated by Saleh’s local alliances that facilitated the infiltration of Salafism into the country from Saudi Arabia. After 2011, the Houthis opportunistically took advantage of the failure of the Gulf Cooperation Council-led National Dialogue to respond to the sources of the revolution in the first place. The Houthis inserted their own narrative centered on historical marginalization of the Zaydi Shi’a, a larger group whose perceived political marginalization the Houthis have capitalized on to strategically construct themselves as a rebel group fighting unjust, foreign-backed rulers. The propagation of this locally derived narrative—not military or economic support— was the most significant means by which Iran and in particular Hezbollah helped the Houthis prior to the 2015 Saudi-led intervention into Yemen. In many ways, it remains as such, as it dovetails with the Islamic Republic’s anti-status quo revisionist foreign policy, rooted in an identity of defending the region from perceived Western imperialism. It has been bolstered by the Saudi coalition’s air war, with weapons purchased from the US and Europe, targeting food infrastructure, hospitals, and journalists. Arbitrary detention and torture and the targeting of civilians have been carried out by all sides, and so the notion of designating only one group as terrorists contributes to a sense of impunity to those whose abuses go overlooked. It is precisely this apparent double standard from which foreign actors, whether Iran, Russia, or the Yemen-based Sunni terrorist network Al Qaeda in the Arabian Peninsula, derive legitimacy when they act against the US. This is particularly risky in Yemen, where Saudi Arabia and the UAE’s own contentious terrorist designation of the Sunni Islamist Muslim Brotherhood has risked isolating and radicalizing Yemen’s powerful Brotherhood-linked Islah Party. A key party to the Saudi-backed coalition and a clear adversary to the Houthis, the Islah have been weakened by intra-coalition divisions between the Saudis and Emiratis. In addition to the Houthis, the greatest non-state benefactor to the Yemeni conflict has been the Yemeni-based terrorist network Al Qaeda in the Arabian Peninsula. Indeed, the further international marginalization of the Houthis as well as Islah could lead either to an eventual desperate alliance of convenience with their historical Salafist enemies in Al Qaeda. Along these lines, Mike Pompeo’s sudden, unsubstantiated claims of an Iranian support base to Al Qaeda could very well become a self-fulfilling prophecy for the US.

To add to complications of an international portrayal of a ‘legitimate government coalition’ fighting ‘Houthi rebels’, the conflict over the last several years has increasingly been characterized by infighting within the coalition, between the internationally recognized government Saudi Arabia backs and militias backed by the UAE. The most recent peace deal, the Riyadh Agreement, has, like the initial 2011 National Dialogue that preceded the war, failed for papering over key issues to the conflict. Aimed at settling differences between the internationally recognized unity government and those pushing for southern secession, it was perceived as a Saudi-Emirati deal to negotiate on the role of the UAE-backed secessionist Southern Transitional Council. It is not centered on resolving the Saudi-Houthi war that began in 2015. In this context, a terrorist designation from a foreign power supporting Saudi Arabia and the UAE, while overlooking systematic human rights violations by these states, works to solidify the Houthis’ clout as revolutionaries representing Yemenis in the face of interference by foreign-backed dictators. This further minimizes incentives for the Houthis to reach settlements with Saudi Arabia, which they view as inextricably intertwined with the US. Such a designation will increase local and regional sympathies for the Houthis, while reducing the potential of conflict mediation.

The third consequence is related to the growing political utility of Yemen to an Iran on the defensive. As the question of whether a Biden administration will be able to return the US to the Iran nuclear deal looms in the coming year, there’s been much talk of whether stopping Iran from acquiring a nuclear weapon is as important as its support to militias around the region, including the Houthis. But, impeding diplomacy and continuing crippling sanctions only serves to increase Tehran’s support to such Arab militias. This is because Iran gets a greater political return on relatively minimal investment in economic and military support to these groups. At the same time, ordinary Iranians suffering the collective punishment of sanctions will only be more likely to sympathize with radical groups who have manipulated their own marginalization for the sake of violence and power. Furthermore, moderates in power in Iran were left in a difficult position when the US left the nuclear agreement. President Rouhani and foreign minister Javad Zarif, both usually softer towards the US, needed to prove to hardliners that they would stand up to the US. The Trump administration’s consideration of this move on Yemen comes at the same time Israel carried out a highly provocative strike against Iranian nuclear scientist Mohsen Fakrizadeh. Both fulfill hardliner goals of the far-right in the US, Israel, and Iran alike, of halting a return to US mediation with Iran. By empowering the Houthi victimization narrative through a terrorist designation, the US simultaneously provokes Iran’s allies in Yemen while making it more politically beneficial to Iranian hardliners to increase rhetorical and military support to the Houthis. With upcoming Iranian presidential elections in spring 2021, the situation in Yemen and Iran alike will be conducive to heightened hostility to the US throughout the region, rendering impossible the return to diplomatic relations with Iran. Alternatively, the situation in Yemen could become a bargaining chip for Iran: if Iran offers to reduce support to the Houthis, it could demand the US in turn reduce sanctions. This would be a form of low-hanging fruit to the Islamic Republic, for whom political returns in the form of revolutionary status have been greater than its actual material support to the Houthis.

Oversimplified understandings of political and religious identities in the MENA region have long contributed to misinformed and destabilizing policies by foreign interveners. These include the notion that the region is characterized by intractable sectarian divisions and that autocrats are bulwarks against violent non-state actors. Despite deep-rooted enmity between the Houthis and Al Qaeda, Hussein al-Houthi had seized on US support to President Saleh in the early 2000s to fight al Qaeda, capitalizing on an image of the US’s war on terror as a war on Muslims, and emphasizing themes of Muslim humiliation, revivalism, and unity. The reality is that the construction and salience of identities fluctuate in accordance with political incentives. Conceptions of national security threats as involving inflexible enemies—with no potential for common ground—facilitates intractable military conflict. US labeling of the Houthis as terrorists serves to entrench Houthi animosity to other parties, while in turn Houthi depictions of Saudi Arabia and the US as imperialists justify the Houthi revolutionaries’ control over Yemen. It also gives the Houthis greater legitimacy to demand support from state and non-state actors interested in challenging American hegemony. While no political identity is immutable, the label terrorist brings, in addition to economic implications for the wider Yemeni population, connotations that facilitate polarization along the very binaries off which the war thrives.

Caroline Tynan is the ACLS/Mellon postdoctoral fellow at the Committee to Protect Journalists in New York. Her recently published book Saudi Interventions in Yemen: a Historical Comparison of Ontological Insecurity compares Saudi foreign policy after the Arab Spring with the Nasserist period in the 1960s. Views here are her own.

Photo by Anthony Beck from Pexels

Picking up the Pieces in Afghanistan: Need for Smarter Diplomacy and Targeted Counterterrorism