Book Review: State Capitalism: How the Return of Statism is Transforming the World 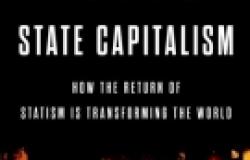 With the help of secondary research and case studies, Kurlantzick forcefully argues that state intervention in the developing world has increased in the recent past. Notably, countries as diverse as Brazil, Egypt, Indonesia, Vietnam, the UAE, Russia, Venezuela and Singapore are not returning to the failures of autarky and older versions of import substitution, but rather combine a high degree of state control of key companies with a degree of openness to the world economy, as long as that does not threaten state control over key industrial sectors.

Moreover, state capitalism has many varieties. Against accepted wisdom, 21st Century state capitalism “is better understood as a continuum” (p.7). It employs a wide variety of state control for instance: from wholly owned state firms to minority shareholding, from effective new ways of public-private collaboration between various state and domestic business coalitions to rather inefficient and corrupt practices.

Two distinctions are crucial according to the author: First, state capitalism differs in terms of the political system. Some such as Saudi Arabia, Iran, China, and Russia are autocratic, some are democratic (Brazil or India) and some lie in between (Singapore or Malaysia). Kurlantzick thereby de-links the two notions of autocratic rule and state capitalism and uses examples from Brazil and Indonesia to debunk the myth that state capitalism is naturally linked to autocracy. Second, state capitalism differs in terms of economic performance, with very effective economies such as Singapore leading, followed by less effective (China or Indonesia) and least effective economies such as Egypt, Kazakhstan and Iran. This implies that the skepticism in the West about the long-term success potential of state capitalism is misplaced. Indeed, Kurlantzick finds evidence for the innovative potential of types of state capitalism that use state power to successfully promote critical, targeted sectors of their economies. Typically, he sees this happening in semi-autocratic regimes. If they find ways to also respond to their publics to some degree, they can both prosper economically and stabilize politically.

Kurlantzick then lays out five threats state capitalism represents to the global order: state capitalism can corrode emerging democracies; it can create political instability; ineffective state capitalism in places such as Russia or Malaysia can lead to economic collapses with global impact; innovative state capitalisms could become an attractive model for other countries, and especially autocratic state capitalists such as Russia and China will use their companies as “weapons of war”. Here, some weaknesses of the book with regard to its more general perspective come to the fore: the author tends to draw a too stark contrast (indeed a dichotomy) between state capitalism and free-market economies. While not unsurprising for a book so close to policy-making – Kurlantzick devotes a long chapter to policy advice (including the reasonable idea of separating democracy promotion from promoting economic liberalization) – this leads to one-sided analysis, dangerously close at times to undifferentiated notions of “bad” state capitalism and “good” free-market economies, so prevalent still in Western public discourse. Indeed, one very important fact thereby tends to be completely neglected throughout the book: divisions between state capitalisms, exemplified by conflicts between Iran and Saudi Arabia or latent conflicts between China and India.

Certainly, state capitalisms can create all kinds of “threats” to the global order. But is it not imaginable that liberal capitalism could corrode democracy as well, exemplified by recent developments in the European Union? Could free-market economies not generate political instability and economic collapses (as in Greece lately)? Even though the state-controlled natural gas giant Gazprom has been utilized as a “weapon” against other states, are we not witness to collusion between governments and large firms in the West as well, close to weaponizing economic power?

In other words, when assuming that the trend towards state capitalism mostly is a non-Western development (the exception being Norway), the danger of neglecting important phenomena emerges. While the author acknowledges the role of the global slump in fostering the return of the state in the South for example, he does not adequately deal with the fact that some “state capitalist” consequences of economic instability have approached Western economies too. The new Trump government may just be the latest example of this. Insights from Comparative Political Economy are important here. These emphasize that the world economy seems to be able to impose its general imperatives, if not to the same degree, on all of its components, despite different historical modes of regulation. If the global capitalist system is made up of a network of capitalisms, differentiated along national and regional lines but linked and undergoing permanent processes of differentiation and adaptation, to draw such a dichotomy is not very plausible. Perhaps the book’s very good idea of understanding state capitalism as a continuum should hence be broadened, by including different varieties of Western capitalism as well.

In his new book, Kurlantzick gives the reader a superb analysis of recent changes in the developing world. With the help of a differentiated analysis, he thereby debunks myths about state capitalism – the key merit of this study in my view. At the same time, his nuanced analysis does not prevent him at times from drawing a too stark contrast between state capitalism and (what in fact are rather Western ideals of) free-market capitalism and democracy. But even though one might not agree with all of its arguments, the book makes a major contribution to the critical discussion of state capitalism with insights of great value for anyone interested in Economics, Comparative Political Economy and International Relations.

Tobias ten Brink is Professor of Chinese Society and Business at Jacobs University, Bremen. He recently published (with A. Nölke, C. May, S. Claar) an article exploring the rise of state-permeated capitalisms in large emerging economies.

Tools of Convenience: Western led Economic Sanctions and an Emerging Arc of Grievance