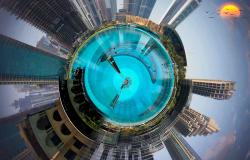 This is the first in a new collection of commentaries from the Emerging Global Governance (EGG) Project on the New Development Bank's evolution. Read an introduction to the series here.

The United Arab Emirates (UAE) joined the  New Development Bank (NDB) in September 2021, along with Bangladesh and Uruguay. The UAE, a Middle Eastern country located at the crossroads of Eurasia, is endowed with considerable fiscal resources and maintains close relations with each of the five BRICS members that created the NDB. 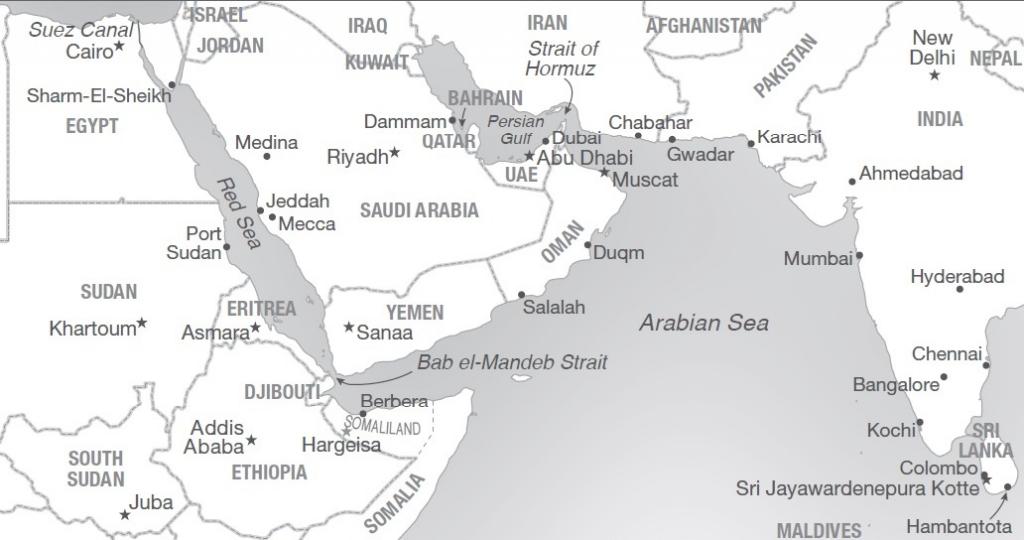 What are  the main drivers of Emirati interest in joining the NDB and, conversely, what considerations led the BRICS members to offer the UAE membership in the first-ever expansion of the NDB?

The UAE sees the NDB as creating new opportunity in global finance and world development.  Despite being close allies traditionally with the leading Western nations, the UAE also shares some of the sense of dissatisfaction of the BRICS nations with regard to global decision-making and the outcomes of those decisions.

The New Development Bank (NDB) stands out from other international financial institutions in terms of its internal governance arrangements.[1] Distinctive from the IMF and World Bank, with respect to organizational structure, the design of the NDB was intended to avoid the dominant role of a single power. Moreover, unlike other multilateral development banks (MDBs),[2] the NDB was self-constrained in terms of its membership as the exclusive institutional preserve of its creators. Agreed in 2014 by the BRICS countries,[3] the goal of the NDB was to become more than a bank for its founding members. But in a more ambitious manner, from the outset, the BRICS members also had the intention  to expand the membership, and scope of the Bank, and to reach out beyond the needs and interests of China, India, Brazil, Russia, and South Africa to a wider constituency of emerging economy countries with specific reference to the Global South.[4]

According to a former senior NDB official, up to 70 countries were contacted about possibly joining the NDB in 2016 and 2017, because the bank’s expansion was deemed critical for its long-term development, with considerations especially with respect to the assistance this process would provide in boosting the bank's business growth.

But a range of very specific barriers prevented membership from being extended to other countries until late 2021.[5] These included the need to operationalize the NDB’s administrative machinery, resistance from Russia on account of potential new members being open to US sanctions, and fears among BRICS members that new members may compromise the NDB’s credit rating and overall reputation. With this context in mind, there seems to have been a strong logic for the United Arab Emirates (UAE) being asked to join the NDB along with Bangladesh and Uruguay in September 2021.

BRICS interest in the UAE

The UAE has no direct geographic attachment to any of the BRICS countries, which puts its membership at odds with both Bangladesh and Uruguay. Nor has the NDB established a regional office in the Middle East region.

Other factors, however, makes the UAE’s membership in the NDB desirable for the BRICS founding members. The UAE’s wealth – generated by the sales of its significant hydrocarbon reserves – are viewed favorably by the BRICS members as an ingredient necessary for boosting the NDB’s credit rating and overall reputation. Concomitantly, the Abu Dhabi Investment Authority (ADIA), owned by the Emirate of Abu Dhabi, is a government-owned investment organization that manages the sovereign wealth fund for Abu Dhabi. It ranks as the fourth-largest sovereign wealth fund in the world in 2021 with just under $650 billion in assets.

Moreover, the Mubadala Development Company (known since 2017 as the Mubadala Investment Company) is another sovereign wealth fund. Established in 2002 as a public joint-stock company by the government of Abu Dhabi – which remains its sole shareholder – it has approximately $232.2 billion in assets under management, and a mandate of economic diversification and creating sustainable financial returns for Abu Dhabi

But the comparative appeal of the UAE for the NDB members go beyond simple resources. For the NDB, the UAE’s emphasis on and support of an innovative entrepreneurial culture fit well with the bank’s own emphasis on speed of delivery: The NDB aims to establish projects  faster than the longer-established MDBs, namely the World Bank and regional development banks.

The UAE interest in the NDB

There are several factors that motivated the UAE leadership’s decision to join the NDB. First, the geopolitical and geo-economic significance of the BRICS members states to the UAE. Here it is significant that China and India are important to the UAE’s economy as destination markets for Emirati investment and vice-versa. The UAE’s top export partner, for example, is India; China is third. Its top import partners are China and India.[6] The UAE also has deep  connections with Russia. In early December 2021, Mubadala Investment Company (MDC) acquired a 1.9 percent stake in Sibur, the largest integrated petrochemicals company in Russia.[7] MDC has reportedly invested over $3 billion in Russia since 2010 to create a portfolio across multiple sectors such as real estate, commodities, banking, logistics and technology.

Second, although unlike Bangladesh and Uruguay, the UAE does not directly border any of the BRICS nations, there are regional links. Indeed, the broader importance of the BRICS to the UAE is reflected in Mubadala’s choice of overseas office locations: Rio de Janeiro, Moscow, and Beijing, as well as New York, San Francisco, and London. According to a senior UAE government official, NDB membership thus provides co-financing opportunities for UAE private and sovereign investors such as Mubadala and delivers greater market access to the BRICS countries.[8] The UAE’s leadership places emphasis on the development of infrastructure projects that will enhance connectivity between the UAE and the BRICS countries. It  sees membership in the NDB as a critical actualizer of fostering more inter-linkages with BRICS countries.

Third, the interest shown by the Emirati leadership in the NDB also had much to do with its objective to fund specific projects and open investment opportunities particularly within the BRICS nations. At the same time, the UAE joining of the NDB should not be viewed in isolation in that this engagement comes alongside its already existing memberships in the World Bank, the Asian Development Bank, and the European Bank of Reconstruction and Development (EBRD).  It is interesting to note that the UAE  also joined the EBRD in 2021 at around the same time as it joined the NDB.

According to a senior UAE government official, the NDB has made significant progress in a short time in establishing itself as a “responsible and pivotal global multilateral development bank” (MDB). He further highlighted the bank’s “nimble and efficient approach” to financing as well as its credit rating; how this combination of advantages  has constituted a new outlet for financing of critical infrastructure projects within the BRICS countries.

The UAE’s NDB membership, the official stated, will reportedly play a role in furthering regional integration in the Middle East, enhancing the UAE’s political and economic ties with the BRICS nations, and assist the NDB to expand its scope of operations globally. It will also “complement” the UAE’s membership in other key MDBs.[9] The fact that the NDB’s decision-making is far more consensual than more traditional MDBs was also an important motivator for the UAE. At least among the founding members, the NDB substitutes the inequitable representative structure of traditional MDBs such as the IMF and World Bank for the principle of equality. However, the governance arrangement does entail a minority voting share (between 40 per cent and 45 per cent) to other countries that join the bank after the founding members.[10] Crucially, countries with top tier credit ratings such as the UAE could add to the bank’s capital resources – a possibility that the BRICS members likely took into consideration when extending membership to the UAE.

The UAE’s potentially major capital contributions to the bank, down the road,would likely have two sustained effects. First, the bank can increase the scale of capital pool by issuing bonds.  Bond issuance was initially was a challenge for the NDB when it did not have a rating from the big three credit agencies.[11] Second, as a contributing member, the UAE may be given more weight, albeit unofficially, in terms of privileging its relationships with the more powerful BRICS members such as China, as well as in the consideration of projects.

There is already word that the UAE hopes to host NDB operations and a new Middle East regional office.[12] With NDB membership giving the UAE access to a sizeable  pool of funding and increasing voting privileges, it is likely the UAE will push for funding of sustainable and green infrastructure initiatives in the Middle East and North Africa (MENA) region, and equally likely that the NDB membership writ large will be interested to support. The UAE, as a strong proponent of renewable energy to mitigate the negative effects of climate change, fits neatly into the NDB’s intention of advancing sustainable development and green infrastructure.

Finally, beyond the economic motivations, and the shared sense of dissatisfaction with what could be called the Western-centric pattern of global decision-making, the UAE’s leadership has sought, over the past decade, to implement a set of distinctive policies that set it apart from its neighbors and provide equidistance with both its security partner, the US, and its now main economic partners in South and East Asia.

For the UAE, being a member in this new international financial institution, the NDB, created by the BRICS, along with joining the EBRD, provides a degree of balancing  to its global positioning. In geostrategic terms, joining the NDB constitutes another facet of the country’s foreign policy diversification  by which the UAE is forging new dialogue partners that are non-West but in a manner that is not necessarily anti-West. In summary, as a UAE government official underscored in an interview (with Cannon): “The UAE has long pursued a balanced, constructive approach to international affairs… In many respects, our broader foreign policy objectives very much informed our decision-making process to join the NDB.”[13]

Brendon J. Cannon is Assistant Professor of International Security at Khalifa University, Abu Dhabi, UAE. He earned a Ph.D. in Political Science from the University of Utah, USA (2009). His research is at the nexus of international political economy, security studies, and geopolitics. He has published on topics related to regional security and geopolitics, intergovernmental organizations, and shifting distributions of power across the Indo-Pacific. Cannon’s articles appear in International Politics, Small Wars and Insurgencies, and Third World Quarterly. His new book, edited with Kei Hakata, is Indo-Pacific Strategies: Navigating Geopolitics at the Dawn of a New Age (Routledge).

Aid v Global Public Goods; the fear in the system and multi-dimensional poverty: A conversation with Norway’s Development Agency