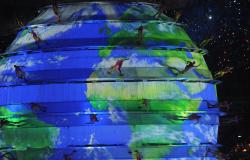 The wheels have started rolling on China’s globalisation project, and it is less a case of globalisation with Chinese characteristics than it is a complete remodeling of the concept. China’s outward direct investment lies in the reshaping of global trade and investment institutions, and the dismemberment of 20th Century trade paradigms.

What we knew all along is true: Belt and Road investments come with state capital strings attached. Kyrygyzstan, Mongolia, Sri Lanka, Djibouti, Maldives and Vanuatu are taking out loans behind closed doors that they are going to struggle to repay. The debt-trap analysis is certainly one part of the Belt and Road investment strategy. But the bigger and more interesting debate is on China’s remaking of global trade systems.

It is being financed through International Capacity Cooperation investment funds. These coordinate state domestic and external industrial policy, state-owned enterprises, and external economy factors such as land and capital. Between the closed capital account, state policy banks and state commercial banks, there is no finance in China that can be considered truly private. On ‘private capital’ in China, it is important to remember that there is none. There is only state capital and ‘less-state capital’.

Parallel trade is simply grey, or black, market trade undertaken by small units: individuals or firms. China’s rewriting of the global trade paradigm is really taking an institutionalist approach to state directed parallel trade. So rather than the convergence of Japan's redevelopment in the 20th Century, we get an additional trade and investment system which runs parallel to the institutional convergence narrative.

This is really building a parallel trade architecture—a political counter to the TPP and the Pacific trade orthodoxy. This is not a binary choice, China can play both: trade norm convergence in Shanghai and parallel trade system in Chongqing. This does not mean the end of China’s opening agenda, but it does mean the death of the Flying Geese paradigm of East Asian economic development.

Under WTO rules, it is illegal to dump steel and aluminium on international markets at below cost, which is what China is widely understood to have been doing. While Chinese dumping has so far gone largely uncensored, an ingenious way around any potential tightening of the trade rules is simply to move the wholly owned factory to an external geography. The WTO does not have anything to say on the dumping of whole factories abroad.

China is just moving whole industrial clusters to external geographies and then continuing to overproduce steel, aluminium, cement, plate glass, textiles etc. And the industrial transfer plan is to maintain a Chinese governance model on a closed value chain – in effect creating a parallel trade and industry regime.

In the case of dumping factories - essentially moving economically unviable industrial chains abroad - the Chinese commercial bank loan book looks the same as ownership of a domestic factory would.  The key difference is that factory outputs are no longer domestic overcapacity being dumped, they are developed capacity of the host economy and they become legitimated exports, whether back to China when needed, or external to third countries. This means we should expect cheap industrial outputs to ease up from China but pick up from East Africa. And they will not start showing up as dumping immediately, because they are the inputs into the Belt and Road infrastructure projects.

The cheap manufacturing that China used through the 40-year development model is simply being picked up and moved, not to other Asian economies but to East Africa and other strategic export-oriented geographies. By offshoring production of old industrials, light manufacturing and some high technology value-added manufacturing to Central Asia, the Middle East, Southeast Asia and East Africa, China appears to restructure its domestic economy without actually restructuring anything.

China’s Supply-side Reform policy is the other side of the International Capacity Cooperation equation. The idea is to reform domestic supply of industrials by moving them offshore. This takes the pain out of closing factories at home, as all the vested interests apart from the workers get to continue business as usual. Displaced steel, cement and aluminium workers can move into higher value-added manufacturing jobs, and yet in the Keynesian aggregate supply model, China does not have to swallow the bitter pill of abandoning state-owned heavy industry—it just continues the same model, but in an external geography. State-owned banks, SOEs, local governments, and industry associations all get to keep their piece of the industrial matrix by simply moving it abroad under International Capacity Cooperation.

This is a clear case of structural over cyclical economic change along Myrdalian and Kaldorian principles of cumulative causation. On the surface it may appear to be the same as Japanese outward direct investment in Thailand, Korea and Taiwan. But Japan’s was audited private capital seeking cheaper factor endowments. China’s investment in Kyrgyzstan, Mozambique or Afghanistan is clearly not based on chasing factor endowments. Domestic stable electricity supplies, stable labour, and a clear regulatory environment combined with proximity to the emerging import markets of China mean that any cheap labour in Cambodia is not enough to incentivise a move. China’s investment in Laos for example is clearly strategic, not factor-driven.

China’s strategic state investment in ports and trade lines, investment in heavy industry in Central Asia, advanced industry and agribusiness in the Middle East, and transplanting manufacturing clusters to East Asia builds a contiguous Indian Ocean trade strategy. The obvious next move from this is to offshore production of more complex outputs like ships, energy equipment and plants, and communications hardware.

This International Capacity Cooperation policy is a novel solution to a problem that is illegal under current international public trade law. However in resetting the rules of the game, China’s domestic consumption moves to be become the rule-setter rather than the rule-taker. This means that China is rewriting both the ascendency of neoclassical economics in the global trade institutions, and replacing it with global institutions that better reflect its domestic political economy.

Tristan Kenderdine is Research Director at Future Risk. This article is in part a synopsis of ‘Death of the East Asian Goose and the Rise of China’s Geoindustrial Policy’ in the Journal of Chinese Political Science.