Should Greece be Reinstated in the Dublin System? 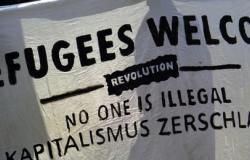 After the recent statement by the German Minister of the Interior about the need to resume the transfer of asylum seekers to Greece under the Dublin Regulation, Solon Ardittis examines the rationale and implications of such a proposal.

On 4th September 2016, Germany’s Federal Minister of the Interior, Thomas de Maizière, suggested that in view of the ‘improvement in the refugee situation in Greece’, the time might have come to resume the transfer of asylum seekers to Greece under the Dublin Regulation, which provides for the return of applicants to the Member State through which they first entered the EU.

Dublin transfers to Greece have been suspended since 2011, following two judgments by the European Court of Human Rights (ECHR) and the Court of Justice of the European Union (CJEU) which identified ‘systemic deficiencies’ in the Greek asylum system.

Technically and legally it is not. The suspension of Dublin transfers to Greece was due to end in December 2016 anyway and, since 2011, the European Commission has been monitoring the refugee situation in Greece and has outlined a number of urgent measures to be adopted by the Greek authorities in order for the country to be reinstated in the Dublin system.

While this has resulted in a far-ranging process of reforms and adjustments during the past five years, has sufficient progress been made in order for Greece to resume its implementation of the Dublin rules?

In its latest Recommendation of 15 June 2016, the European Commission has noted, in particular, that progress had been made to reform the Greek national law and to ensure that the new legal provisions of the recast Asylum Procedures Directive 2013/32/EU and some of the recast Reception Conditions Directive 2013/33/EU have been transposed. Greece has also ‘significantly’ increased its overall reception capacity for both irregular migrants and asylum applicants (even if the majority of these facilities are only temporary emergency ones and some of them only provide the most basic reception conditions) and ‘substantial improvements’ have been noted as regards the establishment of Regional Asylum Offices. On the other hand, Greece must still ensure that the number and quality of reception facilities are sufficient, that all applicants for international protection have effective access to the asylum procedure, and that the new Appeals Authority is established without delay. Greece must also ensure that access to free legal aid is effective in practice and, crucially, that appropriate structures for the identification and treatment of vulnerable applicants, including unaccompanied minors, are established.

While the above diagnosis and recommendations in themselves do not bode well for Greece’s fitness to regain membership of the Dublin system in the short term, they may also fall short of reflecting the full range of recent and on-going refugee policy trends in Greece. According to UNHCR’s latest figures, as of 8 September 2016 there were still 59,554 asylum seekers in Greece and Reception and Identification Centres (RICs) are increasingly struggling with capacity and shelter allo¬cation for new arrivals. The maximum capacity on the five main refugee hosting islands is still 7,450 while there were 12,429 migrants and asylum seekers as of 4 September 2016. The situation of unaccompanied minors is also a major cause for concern, due to a shortage of appropriate facilities. The Greek authorities have registered more than 3,300 unaccompanied asylum-seeking and other migrant children in the first seven months of 2016 and according to a recent report by Human Rights Watch some of them are routinely detained while they await space in the overburdened shelter system.

Clearly, Thomas de Maizière’s statement, occurring on the same day as regional elections in Mecklenburg-Vorpommern resulted in the Christian Democratic Union (CDU) being beaten into third place by the populist Alternative für Deutschland (AfD), may have been more politically motivated than reflective of the actual magnitude of the issue at stake. According to the German authorities, the number of asylum cases in Germany for which Greece should be responsible under the Dublin Regulation amounts to 18,897 people for the first half of 2016, and 5,436 for 2015. This is less than 2 per cent of the over one million asylum applicants and migrants which Germany received in 2015, and some 6 per cent of the approximately 300,000 people it is expected to receive in 2016 according to the Federal Office for Migrants and Refugees (BAMF).

On the other hand, would it not be fair to also examine the number of Greek Dublin cases in the EU in the light of the achievements of the EU Relocation Plan to date? As of 8 September 2016, only 3,676 people out of the planned 66,400 were relocated from Greece to other member states. The balance would probably amount to, if not exceed, the number of cases falling under Greece’s Dublin obligations.

While responsibility for deciding on a resumption of Dublin transfers in individual cases lies exclusively with the member states' authorities under the control of the courts, the appropriateness of reinstating a member state whose refugee crisis was caused largely by an unfavourable geographic position and by a failing EU responsibility sharing environment, may therefore be questioned. This is particularly true when other, better resourced member states have themselves decided to suspend their implementation of the Dublin rules, or have even set out to hold a national referendum to decide on whether or not to accept the EU’s mandatory migrant relocation quota system.

According to a recent statement by the European Commission’s spokesperson commenting on Greece’s membership of the Dublin system, every member state should abide by the rules, and before Dublin is reformed, the returns to the country from where the asylum seekers first crossed into the rest of the EU should apply.

But since the forthcoming Dublin reform foresees, amongst other things, that the current Regulation will be supplemented with a ‘corrective fairness mechanism’ that will address situations of disproportionate pressure on individual Member States, would it not be more fitting for Greece to only regain membership of the Dublin system after, and not before, the forthcoming reform and the new solidarity mechanisms are in place, not least when the viability of the EU-Turkey migration agreement now appears so fragile? And how morally tenable would it be for Greece to have to resume its implementation of the Dublin rules before the EU Relocation Plan has fulfilled all its commitments and has materialised the principles of responsibility sharing on which the new Dublin system is designed to build?

Solon Ardittis is Managing Director of Eurasylum and a Research Fellow at the Institute for the Study of Labor (IZA). He is also co-editor of ‘Migration Policy Practice’, a bimonthly journal published jointly with the International Organization for Migration (IOM).