Solar Geoengineering, Compensation, and Parametric Insurance: Insights from the Pacific 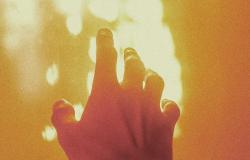 This blog is based on a new paper published in the forthcoming special issue of Global Policy, edited by C2G. To access an early view of the full article, please click here (free access this month).

Compensation is a central issue in considering the possible future deployment of solar geoengineering [1] for two reasons. First and most obvious, corrective justice would require compensating those who are harmed.

Second, without a credible compensation mechanism, many states would likely oppose deployment by imposing high short-term costs such as trade or financial sanctions on would-be deployers. Comparing these to the uncertain, dispersed, and long-term benefits of solar geoengineering, rational decision-makers would be unlikely to pursue unilateral deployment.  Credible compensation is, in effect, a precondition of deployment.

Climate is problematic for liability

Unfortunately, the traditional approach to compensation—legal liability—is not fit for purpose when it comes to climate policy. In simple terms, proving liability in court generally requires demonstrating that a harmful cause was necessary in order for a damaging effect to occur, but climate science is strictly limited to statements about probabilities that typically fall short of legal standards of proof.

For this and other reasons, lawsuits seeking climate damages from fossil fuel companies have uniformly failed across the globe.

And at the intergovernmental level, the huge scale of potential damages involved have made liability a political nonstarter in climate negotiations: the Paris Decision states in no uncertain terms that the Agreement “does not involve or provide a basis for any liability or compensation.”

Given this, two of us considered (in an article published last year) if “parametric” climate insurance might be adapted as a compensation mechanism for solar geoengineering.

Parametric insurance is an emerging risk management tool that works by tying insurance payouts to objective environmental indicators.  When an agreed physical index, like rainfall, exceeds (or falls below) an agreed threshold, the policyholder receives compensation for flooding (or drought) automatically, regardless of what caused the index to move.

Use of parametric “climate risk insurance” (as it is often called in the climate context) is steadily rising, and it has become an important topic in debates about loss and damage.

Parametric insurance is priced using estimates of future risks that are substantially based on historical data.

Climate change represents a departure from the historical baseline adding uncertainty to climate projections and thereby increasing the “risk load” insurers charge to protect themselves. The same would apply to solar geoengineering.

With solar geoengineering, uncertainty is likely to manifest in diverging judgments about the efficacy of the technology, i.e., the likelihood that it would reduce global and regional climate risks.

Put simply, proponents will largely “trust” the technology and view any additional risk as manageable, while skeptics will be dubious and consider deployment as a high-risk proposition.

In light of these dynamics, last year’s article contained a proposal for “reduced-rate climate risk insurance for solar geoengineering,” or RCG for short.

According to this, supportive developed countries might offer to guarantee cheap parametric insurance to skeptical developing countries in exchange for (tacit) acceptance of deployment.

If rich countries were truly confident in the technology, then they would expect deployment to reduce climate risk and hence the price of insurance over time, rendering their rate guarantees effectively costless.

Developing countries, for their part, would benefit from cheaper insurance regardless of whether solar geoengineering succeeded.  On this basis, deployment could proceed, with proponents incentivized to make it work and skeptics insured against bad outcomes.

To the extent that opposition was quantifiable based on estimates of the physical effects and socioeconomic impacts of deployment, negotiations about insurance against risks would directly address such concerns.

To the extent that opposition was grounded in other concerns about, for example, the limits of human control or long-term political economic trajectories, negotiations over RCG would identify discussion of such topics as more appropriate for other fora.

Clearly, this proposal is highly abstract.  To explore how it might translate to the real world, we consider it in a Pacific regional context in a new article in Global Policy.

The Pacific is highly vulnerable to climate risks including tropical cyclones and sea level rise, which in theory could be reduced by solar geoengineering.  To help address risks currently, the Pacific Catastrophe Risk Assessment and Financing Initiative (PCRAFI) has operated as a sovereign risk pool providing parametric insurance policies covering tropical cyclones as well as earthquakes/tsunamis since 2013.

To date, six Pacific island countries—the Cook Islands, the Marshall Islands, Samoa, the Solomon Islands, Tonga, and Vanuatu—have purchased seasonal policies from PCRAFI, and the pool has paid out more than $11 million in what amounts to business interruption insurance for governments.

In practice, PCRAFI has been plagued by low participation and unmet expectations largely driven by lack of familiarity with parametric climate risk insurance. Yet the Pacific has long been open to (and indeed championed) insurance as a form of compensation for climate harms, and regional actors continue to push such initiatives.

These implicit conditions dovetail with the results of two public engagement exercises on geoengineering conducted in the Pacific in 2013, one in Fiji and the other in the Solomon Islands.

In these, stakeholders were “deeply reluctant and highly conditional” regarding the potential use of solar geoengineering.  As one set of organizers noted, “Ultimately, interviewees wanted assurances of accountability for unintended consequences.”

What does all this mean for the RCG proposal?

Negotiations with developing countries would also be necessary, but industrialized countries would hold most of the cards insofar as they would stand to benefit the most financially and be most capable of thwarting unilateral deployment.

From the perspective of justice, a shift in focus toward bargaining among rich countries cuts both ways.

On the one hand, such a reorientation, inspired by practices and expectations in and around PCRAFI, recognizes that the victims of climate change should not pay for their own protection.

On the other hand, moving poor countries from the center to the periphery of negotiations serves to reinforce a global distribution of power that already marginalizes countries like those in the Pacific.

In this regard, theorizing about parametric insurance as compensation reminds us that solar geoengineering does not exist in a future idealized world, but is instead embedded in a global system in which the interests of justice and the dictates of power often struggle to coexist.

Joshua Horton is Research Director, Geoengineering, with the Keith Group at Harvard University, and was previously a postdoctoral research fellow in the Harvard Kennedy School’s Belfer Center Science, Technology, and Public Policy Program.

Penehuro Lefale is a visiting Fellow/Affiliate at Harvard’s Solar Geoengineering Research Program, Senior Advisor, the Breakthrough Institute, and Adjunct Fellow at the University of the South Pacific.

This first appeared on the C2G website and was reposted with permission. The views of guest post authors are their own. C2G does not necessarily endorse the opinions stated in guest posts. We do, however, encourage a constructive conversation involving multiple viewpoints and voices.

Photo by Raphael Brasileiro from Pexels

The Benefits and Challenges of Financial Diaries as a Research Method in Goma, DRC