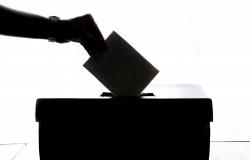 Linda Ghirardello and Roland Benedikter argue that the results of Guinea's upcoming election will have ramifications for the whole of West Africa and beyond.

There are areas of the world which globalization seems to have forgotten. Yet some of these areas have a major impact on the future of the globe, and Europe in particular. The small sub-Saharan nation of Guinea, with its 12 million inhabitants is one such area.

Officially a semi-presidential republic, the presidential elections held this October 18th are, for the umpteenth time, a Potëmkin village accompanied by violence and repression. To Europeans it may seem of little importance - but entire villages of the country have already emigrated to France and Germany. It is mainly young people, teenagers and the well-behaved who flee to Europe, leaving the desperation of relatives and families behind. And because ethnic, tribal and family conflicts are scattered beyond Guinea’s borders, the situation in the country which has Swiss potential but is economically exploited and politically marginalized is a powder keg for the whole West African region.

Guinea-Conakry is one of the poorest countries in West Africa. The presidential elections on 18 October are contested by the oppositional forces and the Guinean diaspora living in France, Switzerland and Germany and considered non-democratic. The situation reflects the autocratic tendencies of President Alpha Condé, the first democratically elected president of the country. Back in 2010, the elections were a positive anomaly for Guinea, a country that has experienced one coup after the other since its independence from France in 1958. Initially emblematic for a successful democratic transition, Condé considered himself the "Mandela of Guinea" and was strongly supported by French governments, and later appointed president of the African Union in 2017.

However, as often happens in poorly observed international areas of Africa (and elsewhere), repressive and anti-democratic measures increased heavily during Condé's presidency, restricting not only the fundamental rights of Guinean citizens, but also the foundations of democracy itself. The opposition accused Condé of electoral fraud during his re-election in 2015, but the wave of major protests was only unleashed last year in reaction to the constitutional referendum announced by the president, which called for the abolition of the limit of two presidential terms in favour of his personal continuity. Considered falsified and boycotted by the opposition, the referendum of March 22 produced a net result of 89.76% votes in favour of "yes". It was however questioned by the European Union, the United States and the Economic Community of West African States (ECOWAS), which refused, together with the African Union, to carry out the election observation mission, due to the presence of a third of registered voters without official documents. The referendum promoted by Condé and his party RPG - Rassemblement du Peuple Guinéen represents a well-known strategic game in several African countries and played by the so-called "presidents for life", intent on clinging to power.

Meanwhile, in the last days and months, the National Front for the Defence of the Constitution (NLF), the Guinean oppositional bloc, mobilised thousands of people, repeatedly demanding the resignation of Alpha Condé. Its leader, Cellou Dalein Diallo, also pledged for the intervention of the ECOWAS to re-establish the democratic bases in Guinea. The International Federation of Human Rights (FIDH), Human Rights Watch and Amnesty International also accused the Condé government of violating human rights and failing to respect the principles of democracy, sometimes through Covid-19 measures, which have been used to suppress protests demonstrations by the opposition. According to international NGOs carrying out analyses both on the territory and (also because of Covid-19) through "remote research", in the last year alone between 50 and 100 people have been killed by armed citizens and the police, who in the majority of cases enjoy almost absolute impunity. Numerous arbitrary arrests, inhumane detentions and destruction of private property have also been reported. 24 bodies were moreover found after clashes in Nzérékoré, in the southeast of the country, where violence has taken on an ethnic dimension, fueling hatred especially among the Malinké or Koniaké (pro-government) groups and the pro-oppositional Guerzé and Peul. Unfortunately, much of the political logic in Guinea remains based on genealogical belonging, producing "ethnic parties" and identity politics, dividing the generations. While part of the Guinean youngster has long been extraneous to ethnic and identity logics, having grown up with the internet in a more global horizon and eager for a rule of law that protects the individual beyond group membership alone, the other part gets strongly involved in these dividing logics. This phenomenon is also due to the fact that in Guinea today only 1.2% of the total population still has access to the internet, mostly only those living in the capital town Conakry. Symbolic and worrying is therefore the language used by Condé who, during a speech in Malinké language, called the elections a "war".

The mix of political crisis, law enforcement abuses and ethnic tensions makes Guinea a powder keg for the whole region of West Africa, as conflicts between ethnic groups extend beyond the state's borders, and large numbers of refugees from already politically unstable neighbouring countries, such as Libera, Sierra Leone, and Equatorial Guinea, are present on Guinean territory. Further destabilisation of the country would therefore affect the whole region, and in particular the western side of sub-Saharan Africa. This could result in a serious humanitarian crisis and irreversible damage to the development of the country desperately dreamed of by young people.

Guinea is in fact a very young country, with an average age of 18 years and a significant demographic growth (26 million expected in 2050 compared to 12.4 million in 2019). Despite being the world's leading supplier of Bauxite, a mineral used to produce aluminium, and therefore potentially a wealthy country with considerable potential for modernisation, it remains one of the poorest countries in Africa, with a very low human development index. The country is considered extremely corrupt and only partially free. Moreover, Guinea was heavily hit by the Ebola pandemic in 2014 and the fatal economic and social impact is still felt today. In 2020, the unemployment rate remains modest (4.3%) and as far as youth unemployment is concerned, it reaches 5.3%. This may, in comparison with Europe and Italy, appear little, but it must be seen in the context of the "shadow economy" (shadow economy or informal sector) which many consider to exceed the official data of the regular economy (and the taxed one) particularly in rural and non-urban areas. According to the International Monetary Fund (IMF), the shadow economy "accounted for between 30 and 65 per cent of the total economy in sub-Saharan Africa", also exemplifying the difficulties of producing reliable statistics and data from global organisations.

The result? Due to the lack of prospects, many unemployed young people emigrate to other neighbouring countries such as Ivory Coast or Senegal, or to Europe, crossing the Sahara and the Mediterranean. In fact, in recent years, asylum applications from Guinean citizens have increased especially in France, Germany and Italy. Most of them are unaccompanied minors. A post-election armed conflict and its economic and social consequences would furthermore increase the number of refugees. The depopulation of many villages, the brain drain and the flight and emigration of labour already represent major difficulties that have a negative impact on the development of the country. Worries about new emigration flows in case Alpha Condé is confirmed as president are getting louder - and Europe, as the main destination dreamed of by many Guineans, is poorly prepared. Neither Italy nor Guinea have signed the "Global Compact for migration" of the International Organization for Migration (IOM) signed in December 2019 in Marrakech, aiming at establishing bilateral agreements to avoid irregular migration. If a new humanitarian catastrophe in the Mediterranean, as we have experienced it in 2015, were to take place as a result of the protraction of authoritarian policies, this would certainly also mean the spread of political tensions at the EU level.

The only solution seems to be the re-consideration of those forgotten areas such as Guinea, and other areas of poverty and inequality governed by autocratic regimes, which are still excluded from the confluent strategies of the globalized world. The European Union needs an overall strategy that finally goes beyond the rivalries between the major historical forces of African colonialism, i.e. France and Great Britain, to put more pressure on local regimes, which should reflect the desire for modernisation and citizen participation, especially of young people, and offer them real prospects of existence. The EU must also do more for women in Africa to mobilise its full democratic and development potential. As German Chancellor Angela Merkel said, the EU can no longer stand by and watch if it wants to protect its own interests. Unfortunately, for Guinea the elections on October, 18 will be another missed opportunity for democratic change - also due to the inactivity of the African Union and the EU. In short, both Africans and Europeans must do more to achieve a new quality of development cooperation if they are to make an essential contribution to a positive "re-globalisation" and "glocalisation" on both sides, and therefore to adequately respond to the global challenges our present times pose.

Linda Ghirardello is a human rights analyst, Roland Benedikter an analyst of "re-globalisation" and "glocalisation". Both are inter- and transdisciplinary political scientists at the Center for Advanced Studies at Eurac Research Bozen/Bolzano, Autonomous Province of South Tyrol, Northern Italy.

This post is a cooperation with the Center for Advanced Studies of Eurac Research Bozen-Bolzano, the Social Sciences research flagship of the Autonomous Province of South Tyrol, Northern Italy.

Photo by Element5 Digital from Pexels