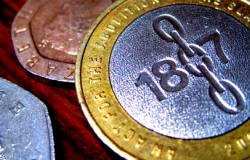 Karl T. Muth shares his thoughts on the radical next wave of fintech.

Often, in the social sciences, we cannot measure the thing we’d be most interested in observing. For instance, an economist may not be able to measure inflation empirically, but can measure trends in changes in the price of index goods. In industry, an insurance company might use the marital status or credit rating of a driver as a proxy variable for that person’s risk aversion or exercise of care.

The trick with any proxy variable, as I tell students studying statistics and related areas of mathematics, is calibrating its performance over time. While two things may be highly correlated in a single case or a narrow window, robust performance of a proxy when tested rigorously over long time horizons is rare. This is why high-quality proxies are so valuable.

Suppose, in the context of northern California insurance, instead of writing traditional earthquake insurance (where premiums are collected and managed in a float fund until an eligible event occurs), instead premiums are invested in buying puts across a basket of companies in the Bay Area whose stock price is likely to fall significantly when a major earthquake hits.

The earthquake insurance hypothetical is a tiny branch of a much larger area of financial innovation research I’ve been engaged in since 2008; I first became interested in this area when I noticed strategies in which companies use treasury funds to either buy their partners’ or allies’ stock or short competitors’ stocks in preparation for a major product launch or strategy change.

Eventually, one can visualize sector-specific unemployment insurance and other products that could potentially be funded partially or completely by well-calibrated negative proxies and a basket of bets that allows the beneficiary-investor to be made whole, or even “come out ahead,” after an eligible event occurs, moving the dominant insurance model from indemnity to pecuniary recovery to superreimbursement to investment.

The current maze of outdated and difficult regulatory structures will need to shift radically to allow for this kind of financial innovation, posing a difficult set of public policy problems. Artificial – and unfortunate – barricades erected between capital markets, insurance, and retail financial services will need to be politically eroded before they can be carefully dismantled. But, with a bit of creativity and the right regulatory climate, we can unlock billions of dollars of value.

Green Inclusive Finance – Where Have We Gone So Far? – A Conversation with GGF 2035 Fellow Sheila Teta Carina