How Diverse is your Reading List? (Probably not very…) 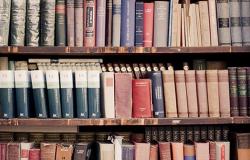 The dominance of scholars from the global North is widespread, and this extends to the student curriculum. Data on reading lists shows large authorial imbalances, which has consequences for the methodological tools available in research and allows dominant paradigms in disciplines to remain unchallenged.

Students have long recognised that their reading lists are skewed towards a Eurocentric understanding of the world. I still remember my frustration looking at my reading list for a course I took during my undergraduate degree entitled ‘The state and politics in Africa’. The course started directly with a discussion of the colonial era, providing us with no insights on pre-colonial Africa as if the continent’s political history started with the arrival of European powers. To make things worse, the reading list contained almost exclusively Western authors.

Scholars based in the global North are widely perceived to produce knowledge of ‘better quality’, and they benefit from powerful networks and means to disseminate their research. Meanwhile, authors based in the global South are often marginalised from academic debates, and their research is less likely to figure on leading international peer-reviewed journals. The lack of publications from authors based in the South in top journals means that it is challenging for course conveners to draft geographically-balanced reading lists.

Following widespread protests in South Africa calling for the decolonisation of universities, a campaign was launched in the UK under the title ‘Why is my curriculum white?’ The campaign stressed the lack of non-western perspectives in study material and the necessity to introduce more heterogeneous sources of knowledge to improve learning. Several universities have taken this campaign on board, and individual departments have been reassessing their reading lists to make them more diverse.

While universities across the UK have started paying attention to this issue, there is still a long way to go until reading lists become more inclusive. In the meantime, you can assess the geographical diversity of your reading list by following the method described below.

As part of Citing Africa, LSE’s Firoz Lalji Centre podcast series on knowledge production about the African continent, Dr Laura Mann and I conducted a survey of the reading lists of leading Development Studies programmes in the UK, Ghana, South Africa and Sudan. This survey aimed to analyse if the dominance of Northern scholars is widespread and whether curriculums at African universities are embedded with domestic and pan-African debates. The process consisted of collecting reading lists, coding them according to the authors’ institutional affiliation and discipline, and examining the results.

To code our collected reading lists, we used the help of Zotero, a citation management software. We searched for readings online and saved them into the corresponding Zotero folder. We then exported the reading list in a CSV file and transformed the file into an excel spreadsheet. The next step consisted of looking up the name of each author and identifying their institutional affiliation. We created individual columns for the author’s institution, their department, and the country of the institution. If the author was based in Africa, we would assign a 1 to the reading, and if they were based outside of Africa, we would assign a 0. For co-authored papers, we only coded information for the first three authors.

The results indicated a grim reality. Non-Africa based scholars represented between 73.2 and 100 per cent of cited authors in surveyed reading lists. Out of the 274 assigned readings for a Development Studies course at a leading British university, only one reading was from an author based at an African institution. Course conveners at African universities included their papers and those of their colleagues in their reading lists, raising the share of African-based authors to a maximum of 26.78 per cent at a top South African university. However, we have not noticed much of a pan-African citation pattern. You can check out our results in more details at this link. For confidentiality reasons, we have anonymised university names.

It is important here to highlight the limitations of this survey. First, collecting reading lists was not an easy task. We faced considerable resistance from course convenors, who refused to share with us this data. Out of the dozens of course convenors we contacted via email, explaining our research project and requesting reading lists, only one South African, one Ghanaian and one Sudanese convenor accepted to collaborate. The rest of our emails were systematically ignored.

After consulting LSE’s research ethics and receiving favourable answers, we decided to request reading lists directly from students. We were then able to collect whole reading lists from five research universities in the UK, two in South Africa, one in Ghana and one in Sudan. We were initially aiming to include Kenyan universities in our survey but we were unfortunately unable to collect reading lists from such institutions. Our sample was thus small, and our results are not generalisable.

Second, it was tricky to identify the affiliation of some scholars at the time the paper was published. Some scholars had completed their PhDs in Europe or the US and started working and publishing in those locations before joining African universities. Determining their affiliation was not a straight forward task, and this may have resulted in some inaccuracies in the coding process.

However, despite these limitations, the results of our survey concord with other studies on publications from African-based authors in leading Development Studies and African Studies journals. The narrow dissemination of research from African institutions in ‘prestigious’ journals confines the repertoire of methodological tools that are available in research and limits learning and teaching. It also allows dominant approaches and paradigms in some disciplines to remain unchallenged. For instance, in the fields of economics, and particularly in US universities, orthodox paradigms became hegemonic to the extent of excluding different views, especially those from the global South.

Through Citing Africa, we attempt on a small scale to help young African-based scholars increase their share of international publications by providing them with advice on the peer-review process. We also contribute to the discussion on decolonising the curriculum and open some critical questions on the state of North-South knowledge production. Our survey of reading lists, along with other surveys recently initiated by several UK departments is a good start in the process of shedding light on asymmetries in knowledge dissemination, but it remains a first step.

For more substantial change to the world of academic publishing and more balanced reading lists, broader structures need to be remodelled. For instance, universities in the North need to re-evaluate their incentive structures. At the moment, research quality is assessed by the impact factor of journals instead of how representative the research is to social realities. Scholars in privileged positions in Northern universities should take papers published by scholars in developing countries more seriously by adding them to their courses’ reading lists, actively engaging with them and citing them whenever possible.

It is also important to highlight the intimate relationship between knowledge and power and make students aware of the history of knowledge production in developing countries. The low rates of academic publishing from scholars in the global South are due to a myriad of reasons, including the impact of prevailing economic paradigms that negatively affect not only the capacity of developing countries to produce scholarship, but also their development trajectories.

Crucially, knowledge dissemination is a function of wealth and power, and thus decolonising knowledge may require moving beyond the world of academia and challenging the dominant order in the global economy to truly empower societies and knowledge production systems in the global South.

Tin Hinane El Kadi is a political economy researcher working on the ESRC-funded research project ‘Tale of two green valleys’ at the London School of Economics and a data analyst for the Citing Africa project.

This article is part of the #CitingAfrica podcast series.

This first appeared on Africa @ LSE.