The Case for Global Sustainability Standards for Vegetable Oils 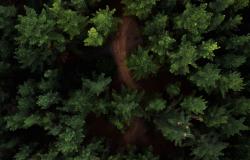 Robert Hii explores ongoing efforts to reconcile the livelihoods of rapeseed and palm oil farmers with threats to biodiversity and climate change.

A new United Nations report warns 12.5% of all plant and animal species face extinction because of a systemic failure to address climate change.

A separate report from the UN flatly stated that nations are “nowhere close” to the level of action needed to fight global warming.

Scientists have weighed in on the issues and warned of a ghastly future and identified the problems as being “compounded by ignorance and short-term self-interest, with the pursuit of wealth and political interests stymying the action that is crucial for survival".

These reports are hardly surprising. In the past 40 years wildlife populations have declined by an astonishing 60% as the world’s richest countries continue to fail the fight against climate change.

A historic ruling by a Paris court could however set a precedence for climate action as the court convicted the French state of failing to address the climate crisis and not keeping its promises to tackle greenhouse gas emissions.

The EU Conundrum on Local Rapeseed

France is the perfect example of a country’s failure to address climate change and biodiversity despite big pledges and commitments on paper. No other country exemplifies this “ghastly future” where short term self-interest is placed before the good of the common.

As a political and economical powerhouse within the EU, its failure to meet previous commitments presents a challenge to the European Union as the union makes new commitments towards fighting climate change and protecting biodiversity.

In a nutshell, France capitulated to the demands of its rapeseed farmers and decided to ban palm oil as a feedstock for renewable energy. This should have been a warning for conservationists as France, the second largest domestic producer of rapeseed oil, has seen dozens of native bird species decline up to 66%.

The threat of extinction in the EU due to agricultural activities is not confined to France. The environmental impact of pesticides on biodiversity had been pointed out by the Pesticide Action Network-Europe in its report from 2010. Renewed calls for the EU to act against pesticides have been ignored even as information links the decline of insects to the future of our planet.

Pesticide use in French agriculture “has meanwhile exploded” in the past decade.

But rather than address its accountability for biodiversity in member states, the EU is extending the self-interests of its members by picking on imported commodities through de facto bans on these commodities including the plan to phaseout palm oil for biofuel. The move was decried as discriminatory by palm oil producing countries and quite frankly, will prove to be an inconsequential move towards fighting climate change or protecting biodiversity in SE Asia.

The problem with the EU’s proposal to phase out palm oil as a biofuel is that a mere 4% of global palm oil production is used as EU biofuels. The EU Parliament has grossly over-estimated its influence in protecting tropical forests in the top palm oil producing countries Indonesia and Malaysia.

The EU Conundrum on Imported Rapeseed

Meanwhile, the focus of the EU on palm oil as a scapegoat for climate change and biodiversity is a dangerous distraction which should be blamed for the union’s failure to address both meaningfully.

The EU has only recently acknowledged the popular replacement for palm oil, which is soy, as having a devastating impact on diverse and carbon rich regions in South America. For example, one fifth of EU soy imports originate from razed forests in Brazil, where deforestation has risen to a 12 year high. Although the EU is slowly admitting soy imports must be scrutinized, it also plans to enact the controversial EU-Mercosur free trade pact which will heighten imports from the region.

The fact is climate change and biodiversity does not hinge on single commodities. While it can be argued that soy or palm oil producing countries face high rates of deforestation and biodiversity loss, the same can be said for other nations which produce vegetable oils. If all vegetable oils were to be included in the EU’s assessment of biofuels for sustainability, the inclusion of rapeseed or its GMO version canola would drastically change the dynamics of these conversations.

For instance, Canada and the EU lead the world in rapeseed production. Both these nations, and countries like Australia which contribute 53% of EU rapeseed imports for biofuels, are encountering extreme rates of deforestation and biodiversity loss.

Australia, the only ‘developed’ nation to feature on WWF’s most recent deforestation report is also home to the ‘functionally extinct’ koala bear. According to conservationists, the iconic marsupial’s population is so low it cannot survive another generation in the wild.

In Canada, a report detailing the threats of its endemic species highlighted that 40% of the 308 plants, animals and fungi endemic to Canada are imperilled with eight already extinct.

Ultimately, the EU’s phase out of palm oil for biofuels will increase pressure on feedstocks as the reliance on agricultural products like rapeseed accelerates biodiversity loss and emissions in countries at home and abroad.

Considering the call of the various bodies at the United Nations, it is encouraging to see the EU, as the global antagonist against palm oil as food and fuel, backpedal its position.

A Global Standard for Sustainability in Vegetable Oil Crops

The EU-ASEAN joint working group on palm oil seems to have agreed for the moment, that the environmental impact of all vegetable oil crops whether for food or fuel or cattle feed, needs to be addressed in a global standard for sustainability. This approach is long overdue.

The latest statement from COCERAL, FEDIOL and FEFAC, which collectively represent EU grains and oilseed trades nailed the historical problems on the head when they said:

“Stigmatizing and discriminating a specific commodity or origin has not shown so far to be effective for reducing deforestation. Complex situations cannot be tackled with oversimplification, false or inaccurate allegations.”

This fact should dominate the next discussion at the EU-ASEAN joint working group which is slated for April 2021. The livelihoods of French rapeseed farmers and those of palm oil farmers can hopefully be seen in a holistic context that includes birdlife in Europe and orangutans in Southeast Asia as part of a global drive to fight climate change.

Photo by Tomas Anunziata from Pexels