The Dangers of Brexit: A Canadian Expat’s View 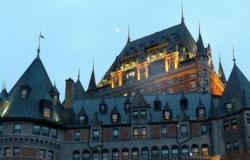 As the vote on Britain’s EU membership draws closer, Ted Schrecker explores Québec’s own history of referendums to offer an outsider’s perspective.

As a Canadian political scientist who now thinks of the UK as home, I have watched the opening weeks of the EU referendum campaign with growing unease.

Canadians are no strangers to referenda that could change the country’s future. Residents of Québec province have twice voted on whether or not to secede from Canada. In 1980, secession was defeated by a 60-40 vote. In 1995, the result was nail-bitingly close, with fewer than 54,000 more voters (out of more than 4.7 million) opting to remain in Canada.

This was in the days before instant web-based news; I spent that night on the telephone with my Québécoise partner at the time, then working in the United States, relaying the latest counts.

Despite the differences – the UK is a sovereign country within a supranational union, not a province of a decentralized federation, and language is not an issue in the EU referendum, while it pervades every aspect of Québec politics – there are uncanny similarities between the contexts.

First is the issue of special status. Although special status for Québec within the Canadian federation is a hot-button issue for some Canadians, no serious observer doubts that Québec enjoys such status, de facto when not de jure. As just two examples, it maintains considerable official control over immigration, and despite a history of progressive social policies has long been allowed more latitude in privatising health services – contravening federal legislation – than any other province. Analogously, the UK enjoys special status in the EU in matters of immigration and justice, and did so before the ‘new settlement’ of February 2016. In neither case has the accommodation been enough to satisfy proponents of withdrawal, and whether any degree of accommodation can ever do so is questionable.

A more intriguing and provocative parallel has to do with the sources of support for withdrawal, and the associated lack of candour about economic consequences. Although the secessionist Parti Québécois has a social democratic history, it is now supported by a substantial segment of the business community. Its current leader, Pierre Karl Péladeau, is the multi-millionaire heir to the Québecor media empire; both he and his wealthy predecessor (and former premier) Pauline Marois are firmly rooted in Québec’s francophone bourgeoisie, whilst commanding considerable populist support. Compare this with the superficially bizarre alliance of Boris Johnson and his ilk with UKIP.

Much of my academic work involves the connection between socioeconomic inequalities and health outcomes. Those inequalities would be certain to widen in a post-Brexit UK, just as in a post-secession Québec. Facile calculations of how much the UK would save by not contributing to EU coffers, like those about whether Québec gains or loses on an annual balance-sheet basis from being part of the Canadian federation, miss the point. Neither the North American continental market, essential to Québec’s survival, nor the European market would be accessible to an independent Québec or a post-Brexit UK on anything like today’s terms. Access could be negotiated, but trade negotiations are time-consuming and inherently asymmetrical. In each case, the political unit in question would be negotiating with one an order of magnitude larger; the UK’s bargaining position would be further weakened by a debilitating trade deficit, which the current government is ignoring. What concessions would have to be made to regain market access, in the context of post-exit domestic turmoil and investor uncertainty, even before (in the UK case) considering the probability of a second, successful Scottish referendum on leaving the union?

In each case, the jurisdiction’s economy is dominated by a prosperous metropolis (the London and Montréal regions, respectively) over-reliant on finance and real estate capitalism, with soaring property markets driving consumer demand. In the UK, manufacturing is in a state of policy-induced decline that began in the 1970s; in Québec, it is nearly moribund. The most likely future for the UK or what remained of it post-Brexit, as for Québec post-secession, involves a thriving although immensely unequal metropolis; a few islands of high-technology industry and prosperity for Richard Florida’s ‘creative classes’; and a hinterland in which, as in much of the so-called developing world, foreign investment has to be attracted by weak labour standards and social protections. It can be argued that this is the direction that the UK is already following, lack of support for what remains of the steel industry and the London economy’s reliance on flight capital being cases in point. But Brexit would only accelerate this tendency.

I suspect that this point is well understood by Brexit’s wealthy supporters, as by the Québec business elites who would welcome the chance to dismantle social policy as they formed lucrative post-secession alliances with foreign investors while claiming to the domestic electorate that there was, after all, no alternative. I have become quite passionate about the North-East of England, and dread the thought of signs that welcome visitors to the Tyne-Tees-Wear Export Processing Zone … but that may be the direction in which we are heading.

In June 2013, Ted Schrecker left Canada to take up a position as Professor of Global Health Policy at Durham University. His research since 2001 has concentrated on the political economy of health, with special attention to how the current direction of social and economic policy contributes to health inequalities and ‘neoliberal epidemics’. This was the theme of How Politics Makes Us Sick (Palgrave Macmillan, 2015), which he wrote with Durham colleague Clare Bambra.